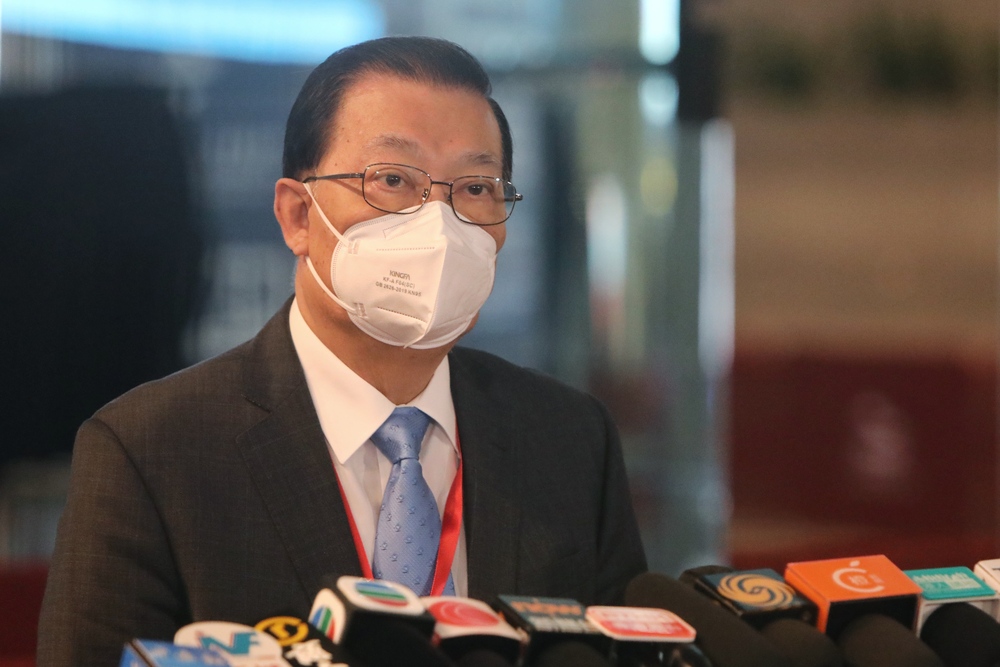 Pro-Beijing heavyweight Tam Yiu-chung quoted a “mainland friend” saying that measures on cross-border travel may be relaxed after the 20th National Congress of the Chinese Communist Party ends in October.
Speaking in a TV interview on Saturday, Tam, a member of the Standing Committee of the National People’s Congress, said Hong Kong should gradually relax the border control measures instead of tightening the rules one day and easing them the next day.

He then quoted a “mainland friend,” who said there is a chance that the cross-border measures between the city and the mainland will be relaxed following the end of the 20th National Congress.

Tam believed Hong Kong needs to keep an eye on future development directions for the country or the highest ruling party discussed during the congress and see how the city can cooperate.

He also spoke of imported Covid-19 infections, which is a job Hong Kong can handle on its own.

“China will continue the frequent Covid testing and isolate infected patients if any are detected. The measure remains beneficial to the people, but at a very high cost, especially in terms of the economy, he told the host.

He noted he has yet to decide on participating in the election of the National People’s Congress at the end of this year and will make an official announcement once he comes up with a final decision.

The 20th National Congress of the Chinese Communist Party is set to open in Beijing on October 16 and is expected to last about a week.

After the congress ends, an election for the Central Committee of the CCP will be staged, where the new general secretary, military commissioner, head of the politburo, and other top-ranking positions will be produced.
#COVID-19  #Covid
Add Comment