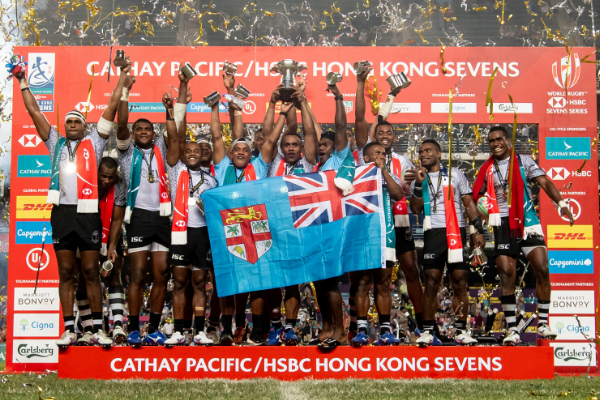 The Rugby Sevens, is poised to return this year amid growing expectations that life will gradually return to normal in the coming months, Bloomberg reports.
In 2019, the popular and dominant Fijians won the cup. Skippered by Paula Dranisinukula, Fiji were the first team in the world 7s series to win five straight championships in a row. Jerry Tuwai was honored with World Rugby Men’s Sevens Player of the Year Award in November 2019.

The event, part of the broader HSBC World Rugby Sevens Series, is set to be held in Hong Kong on November 5-7, the organizer said in a statement Wednesday. Related events are also planned in Paris, Singapore, Dubai and Cape Town, it said. Talks are being held whether to also hold matches in London and Vancouver.

The Hong Kong Sevens would mark the first major sporting event to return to the city since the pandemic. The tournament, originally scheduled for April, was postponed by the organizer late last year as the city battled a rise in Covid-19 cases but infections have fallen recently to the point that the government began to ease some social-distancing rules.

Last year, the tournament was canceled for the first time since its debut in 1976 due to concerns over the ongoing coronavirus outbreak.-Additional reporting: The Standard.
#COVID-19  #Covid  #Coronavirus
Add Comment