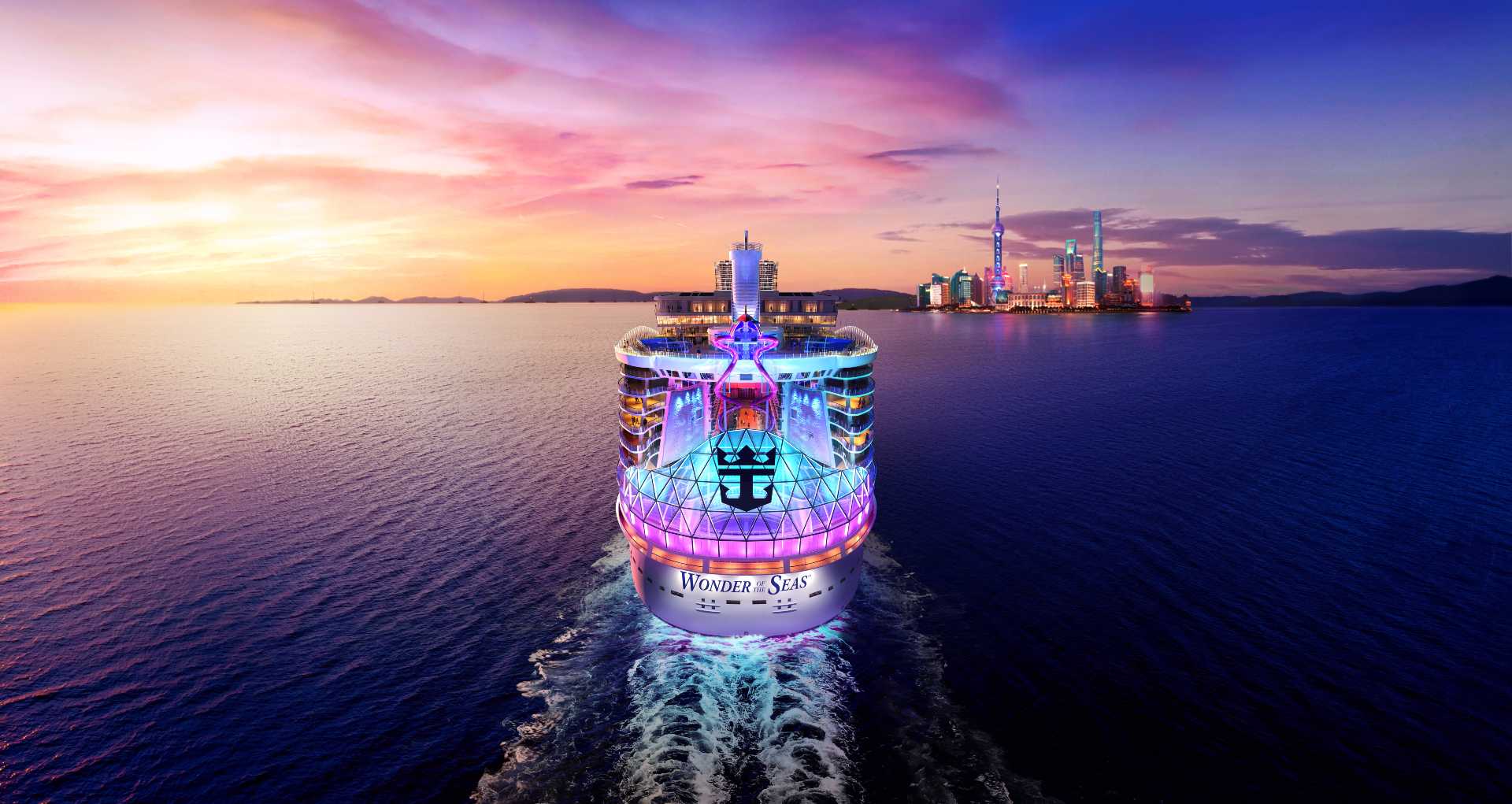 Royal Caribbean International&#039;s Wonder of the Seas will sail from Shanghai and Hong Kong in 2022 on four- to nine-night adventures including Japan.

This fifth Oasis-class ship, the first for China, is scheduled to arrive in March 2022 from Chantiers de l'Atlantique.

Between March and November, passengers can sail round-trip from Shanghai to Japan, with destinations including Osaka, Fukuoka, Kobe and Okinawa. Other ports include Tokyo, Mount Fuji, Kumamoto, Kagoshima, Ishigaki and Miyazaki.

Wonder will transition to warmer climates in November 2022, homeporting in Hong Kong through January 2023 to offer Christmas and New Year’s holiday sailings to several ports. Among the destinations are Chan May, Vietnam; Busan and Jeju, South Korea; Kochi and Okinawa, Japan; and Taipei, China.

'China continues to be one of the most important parts of the world for Royal Caribbean. We have won the trust of our partners and the favor of travelers and built on that significantly since we first set sail 12 years ago,' RCI President and CEO Michael Bayley said. 'By introducing Wonder of the Seas and the iconic Oasis class to China, our strong commitment to the market’s growth is reaffirmed yet again for years to come.'

Bayley had announced the newest Oasis ship would go to China during October 2019's Seatrade Asia Pacific in Baoshan, Shanghai.

Wonder will be the first of its kind designed with eight neighborhoods, introducing the new Suite Neighborhood. This will provide a private experience of world-class dining, a new sun deck and a private lounge, and will be home to the Ultimate Family Suite.

The AquaTheater will also sport a new look.