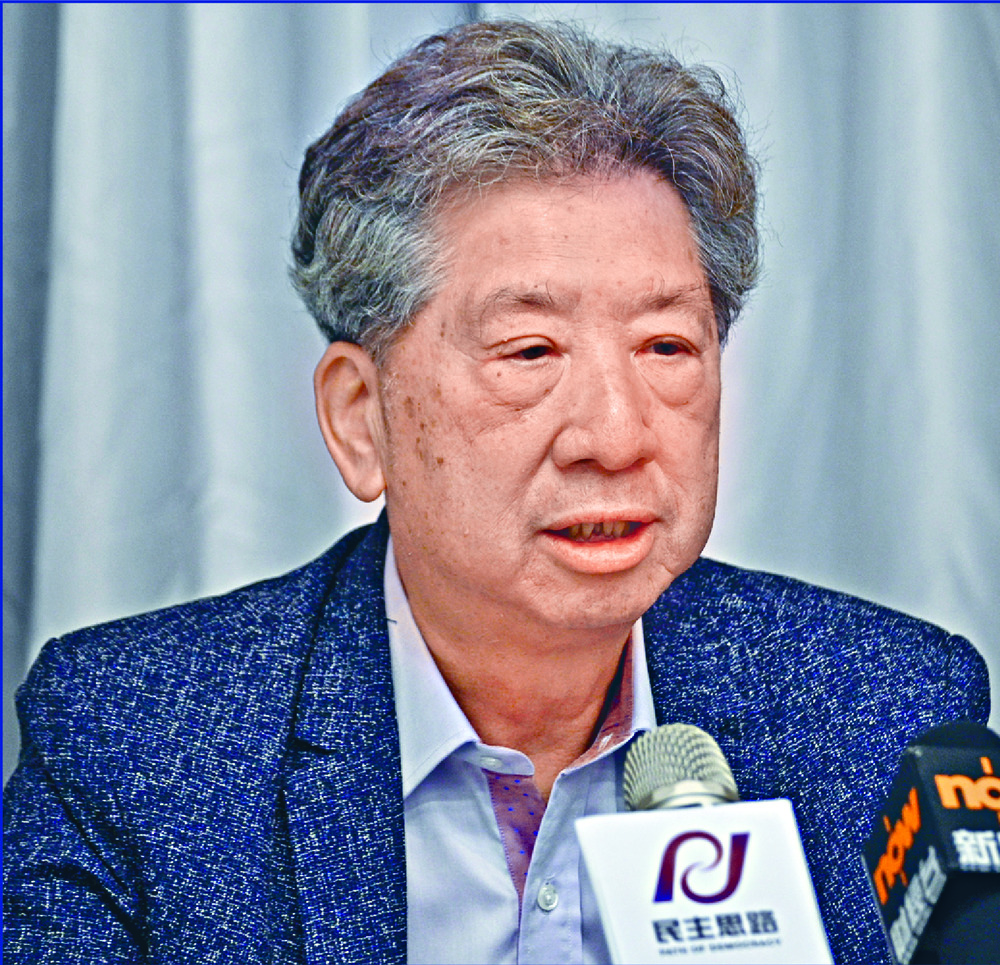 Executive councillor Ronny Tong Ka-wah said people need not make a fuss about the Legal Aid Department's plan to disallow applicants to choose their own lawyer.
Some legal aid applicants tended to find a few law firms or barristers to handle their cases, making some people feel like that small group of lawyers was monopolizing the sector, Tong said.

His comments come as the government has proposed changes to the legal aid system so that aid recipients in criminal cases can no longer choose their own lawyers, unless under exceptional circumstances.

Speaking on a TV program yesterday, Tong said the new arrangement will not affect the result of the trials.

"It is unheard of, or rare, to hear such complaints in years about the imposition of useless or incompetent lawyers on applicants," Tong said.

"Some people believe only the lawyers they choose can help them win lawsuits, and other lawyers will lose. This concept is completely wrong. The case itself is more important in a trial than the lawyers being chosen," he added.

Tong said some legal aid applicants tend to choose only a few barristers since the social unrest in 2019, which is not a "healthy" situation in the industry.

"The legal aid system should distribute cases to barristers fairly, this is the most appropriate practice," he said.

"The system has been carried out for many years but no longer works now - this is not a problem of the system, but of its implementation. It's normal for the government to improve it through legislation and people need not to make a fuss about it."

The Bar Association had earlier said that the government should consider the Basic Law Article 35, which states that Hongkongers have the right to choose their lawyers to protect their lawful rights.

But Tong said he believed the government's latest arrangement is constitutional and lawful.

"Under the International Bill of Human Rights, the 'choice of lawyer' means people can choose to be represented by a government-assigned lawyer or hire their own lawyer," Tong said.

"If you want to spend public money, you have to accept the government's system. If you don't want to accept the system, you can hire your own lawyer to represent you. I don't think this violates the basic law," he said.

According to the government's proposal handed to the Legislative Council on Friday, defendants in criminal cases will be assigned a lawyer instead of choosing the one they are in favor of in the future.

As for civil cases, the number of cases that a barrister can handle will be limited from 20 to 15 a year, while solicitors will also see the number drop from 35 to 30.

The government also proposed that a barrister may handle no more than three judicial review cases a year, while the number for solicitors will be capped at five.
Add Comment