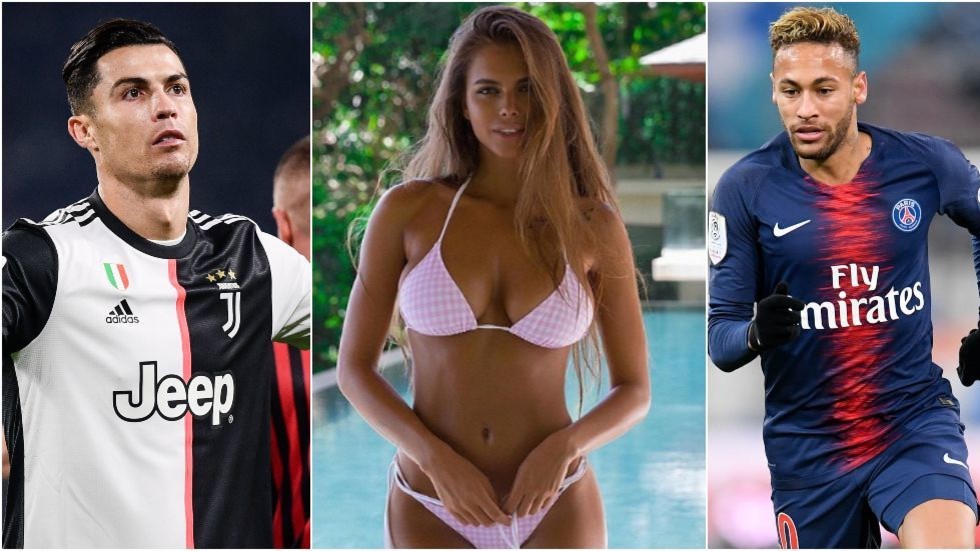 Ronaldo slid into my DMs but I didn’t reply, claims Russian Instagram stunner as she reveals messages to Neymar

Russian model Viktoria Odintcova claims she once rebuffed Cristiano Ronaldo after the football megastar slid into her Instagram DMs, also saying she is currently in contact with Neymar.

Brunette stunner Odintcova – known as Viki – is famed for her incredible curves, which she regularly flaunts to her 5 million Instagram followers.

When asked on Russian YouTube show ‘Makarena’ whether anyone as famous as Ronaldo had ever ‘liked’ one of her posts, she replied:

“I deleted the message and didn’t reply,” the Russian beauty said.

Ronaldo is now happily settled with partner Georgina Rodriguez as the couple raise four children, including daughter Alana Martina, whom Rodriguez gave birth to in November 2017.


But the Portugal ace previously showed a predilection for Russian supermodels, dating Irina Shayk for five years before their relationship ended in 2016.

While Odintcova says she gave Ronaldo the cold shoulder, she revealed she is currently in touch with some of the world’s biggest sporting names, including footballer Neymar and British F1 world champion Lewis Hamilton.

“The most famous person in my phonebook is Lewis Hamilton. The last time he messaged me was November 15, to congratulate me on my birthday,” she said.

“We’re friends, we just write to each other and call sometimes. He’s in the friend zone...

“I go to his races occasionally, the last time was in Sochi (at the Russian Grand Prix). We’ve been friends for three years. When I met him, I could barely speak English, I could only understand it.”