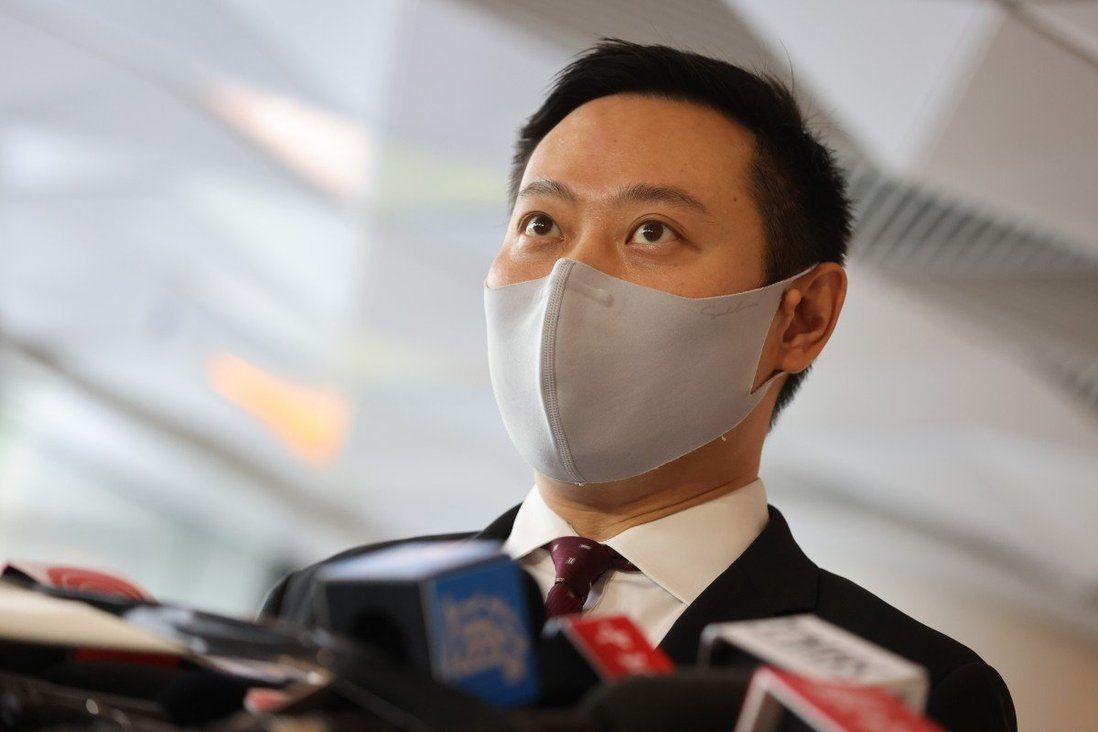 Caspar Tsui backs looking at the ‘direction’ of district councils following reports of a pending overhaul of the electoral system for the municipal-level bodies.

Hong Kong’s home affairs chief said on Thursday that the role of district councils should be reviewed once all municipal-level politicians had taken their oaths.

Caspar Tsui Ying-wai reiterated his support for examining the “direction” of the local authorities a day after disqualifying seven opposition district councillors on the grounds their past conduct had left him unconvinced the vows they made last Friday were genuine.

Under the national security law, Hong Kong’s oath-taking requirements – already in place for the city’s top officials, legislators and judges – were extended to include civil servants and district councillors. They must swear to uphold the Basic Law, Hong Kong’s mini-constitution, and pledge allegiance to the special administrative region.

After a seminar on Thursday, Tsui was asked if he should have offered more of an explanation to the public for rejecting the oaths, but he said the basis of disqualification was made clear.

“Unlike what some individuals have said, my reply was not just one line, it formed many words .... The letter listed the rationales under which we believe that their oath did not comply [with the law],” the secretary for home affairs said.

“I’ve answered [Caspar Tsui’s] questions, but there was no comment in his reply to us, except that he was not convinced,” he said.

Asked to comment on media reports that the electoral system for district councils could change ahead of the next contest in 2023, Tsui replied: “I’ve said before that the direction of district administration should be reviewed, but we don’t have new arrangements or information to share, because we haven’t examined it in detail.”

In 2019, a total of 452 district councillors were elected in the city’s 18 district councils under a “single-seat, single-vote”, or small constituency system. Opposition politicians won the vast majority of seats in what was a crushing result for the pro-establishment camp.

Pro-establishment lawmaker Leung Che-cheung, chairman of the Legislative Council’s home affairs panel, said he understood that the government was considering introducing a “two-seat, single-vote” system to elect half of the council seats, while the remainder would be filled by members of the government-appointed crime-fighting and fire safety committees at district level.

Leung said that under the overhaul, the number of district councils could also be cut from 18 to 10.

Wong Kwok-kin, an adviser on the city leader’s de facto cabinet, the Executive Council, also said it was likely that the municipal-level elections system could be overhauled by 2023. 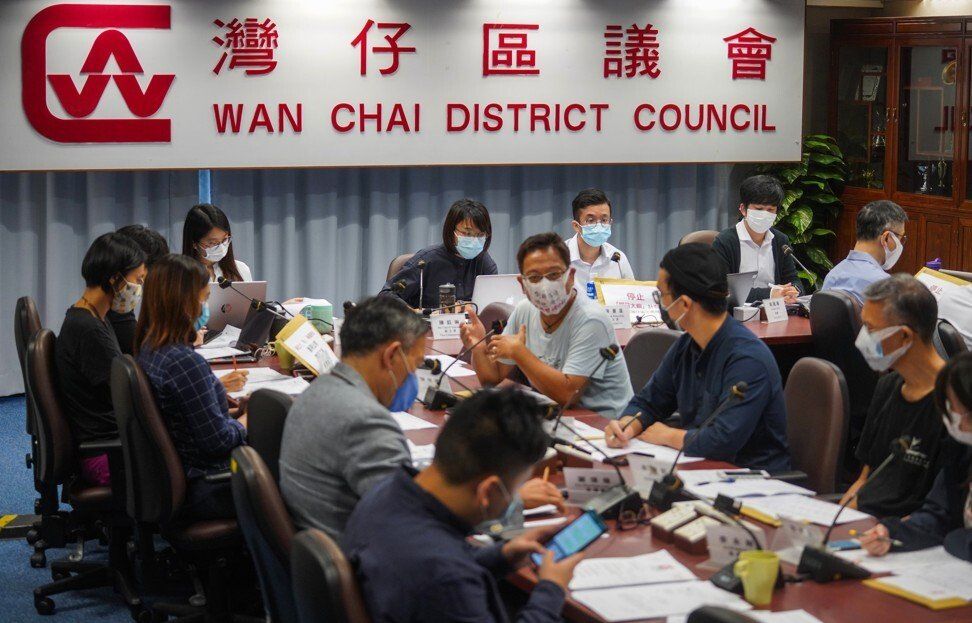 District councillors such as those serving Wan Chai must make oaths of allegiance under an extended system introduced by the national security law.

Opposition activist Tony Kwok Tin-lap, a member of Kowloon City District Council, said while the councils might be malfunctioning, changing the electoral system was not the solution.

“Directly elected councillors represent the people’s voice, and without them, the government has mishandled policies such as the consumption voucher scheme,” he said.

Hong Kong’s finance chief apologised earlier this month for the government’s handling of applications for its HK$5,000 digital consumption voucher scheme after hundreds of elderly residents last week queued in the heat for hours on end, fearful of missing out.

Kwok also said he would take his oath, and was waiting for the government to announce further details.

Of the 452 district councillors elected in 2019, 392 were from the opposition camp. But some 260 of those have since quit, with many fearing they would have to pay back their accrued salaries if disqualified.

The disqualification on Wednesday of the seven district councillors leaves about 120 opposition members. They account for about half of the 204 politicians serving the city’s 18 district councils. A total of 186 councillors have yet to take their oath.