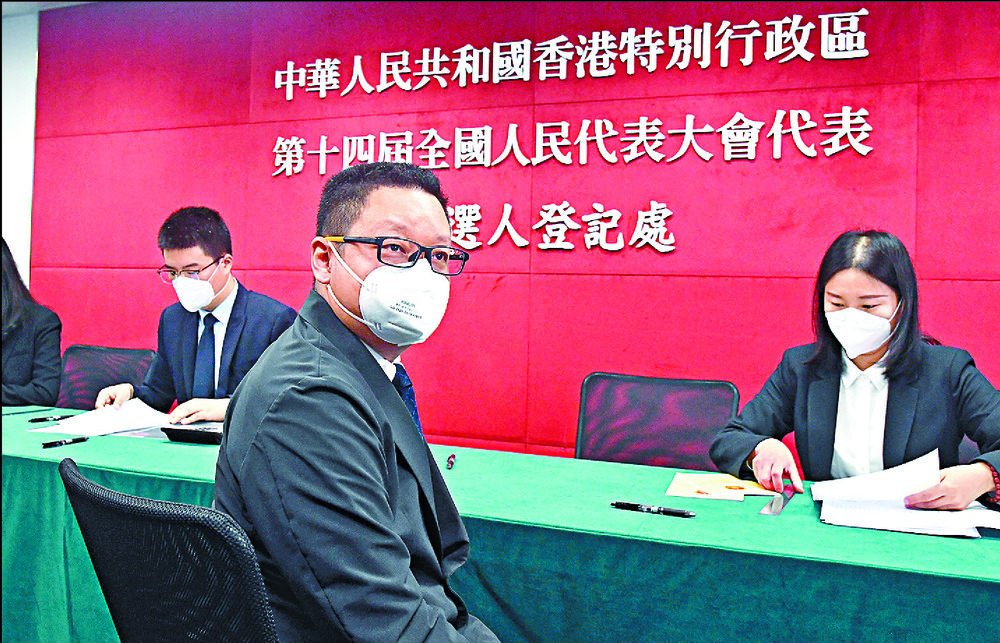 The son of the former National People's Congress standing committee delegate Rita Fan Hsu Lai-tai and leaders of major pro-Beijing parties were among those submitting nominations in the race to be NPC deputies yesterday.
The nomination period ends tomorrow. The 1,423 members of the electoral conference will vote to elect 36 NPC deputies on December 15. Each candidate should obtain nominations from at least 15 electoral conference members.

Tam announced earlier he would step down from his position of NPCSC delegate.

Asked whether he would compete for the position, Ng said: "I have to become a NPC deputy and seek recognition from all sectors before considering competing for the NPCSC delegate position."

Ng also said he attached great importance to protests against lockdowns and the zero-Covid policy in the mainland, adding he believed the anti-epidemic work should be carried out precisely and scientifically.

Provincial authorities should implement the National Health Commission's latest anti-Covid measures instead of imposing harsh measures by themselves, he said.

Brave Chan Yung, an NPC deputy from the Democratic Alliance for the Betterment and Progress of Hong Kong, also said that he has secured more than 300 nominations from members, among whom was Tam.

The son of Rita Fan, Andrew Fan Chun-wah, took part in the election with more than 80 nominations.

"My mother supports me to run in the election. I didn't receive any specific guidance on the election as she gives me advice all the time," he said.

Legco member Kenneth Fok Kai-kong of the sports, performing arts, culture and publication sector, will also compete for the deputy position, saying he wanted to be a bridge that connects the SAR and the mainland.