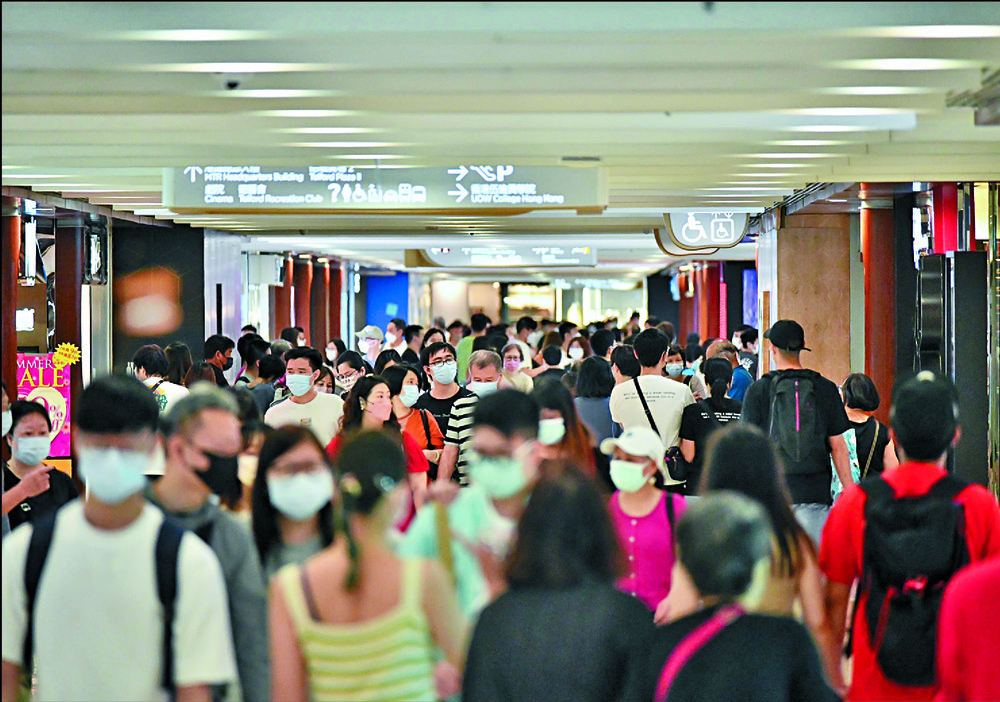 Au said the daily caseload has been increasing to as much as 800 recently and it's possible that the infection count will hit four digits again.

"[The rebound in infections] is expected as we have loosened some social distancing measures and people are resuming their normal lives," Au said.

"The most important thing is that we have to ensure there is no increase, or we need to monitor the trend of severe diseases, hospitalization and the number of deaths," he said. "So far, we haven't noted a continuous increase in these parameters."

All classes with outbreaks will have to suspend face-to-face classes for a week, Au said.

He added that six teachers at Island School in Mid-Levels also tested positive yesterday. They attended a meeting together last week and another nine teachers in the same meeting will have to undergo home isolation.

Also testing positive were five disabled patients from Yuet Kwan Home in Aberdeen. Three are roommates while the other two live in different rooms. The 36 other residents of the care home were sent to the isolation facility at AsiaWorld-Expo.