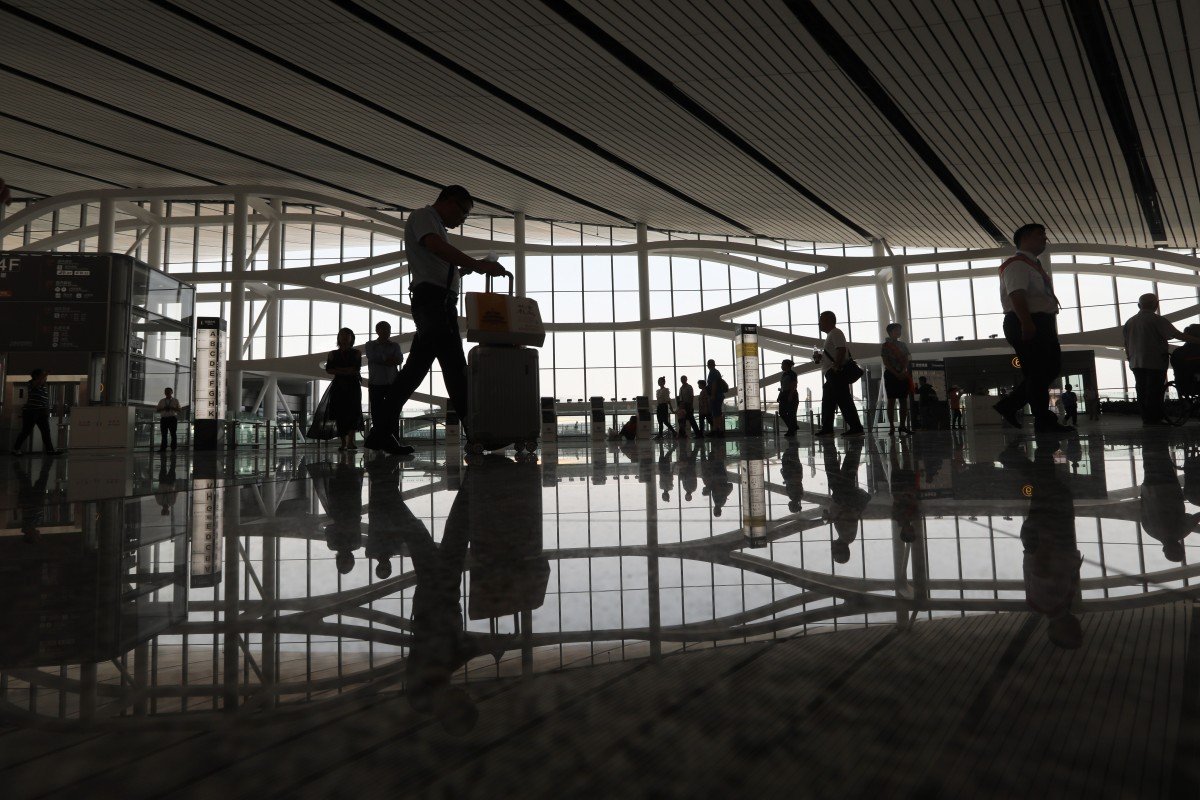 The number of air passengers reached 50.32 million in October, 88 per cent of the level a year earlier, as frustrated travellers stuck at home for months during lockdown took to the skies during the ‘golden week’ holiday.

The recovery was, however, slower than in previous months as new Covid-19 cases arose.

The number of air passengers reached 50.32 million in October, bringing it back to 88.3 per cent of the level a year earlier, according to CAAC News, a media outlet run by the Civil Aviation Administration of China. That was an increase from 47.94 million passengers in September.

Analysts believe many people grabbed the opportunity to travel during the festive period after months of being stuck at home under coronavirus lockdown – a concept dubbed “revenge travel”.

“It extended the trend of releasing pent-up travel demand, especially during the golden week holiday, while airlines pushed out a variety of ‘fly at will
’ promotion packages,” said Qi Qi, an associate professor at Guangzhou Civil Aviation College.

Air travel in mainland China has gradually recovered in recent months, ahead of the rest of the world, after the coronavirus pandemic was largely brought under control domestically. It peaked in the golden week holiday, a period of festivities that follows China’s national Day on October 1.

Low air fares for domestic flights, and fly-at-will deals have stimulated demand. Tickets for the most popular routes, such as those between Beijing and Shenzhen, and Beijing and Shanghai, listed by China’s online agencies have been selling at a discount of up to 90 per cent.

Fly-at-will promotions have become popular in China recently, allowing passengers to pay upfront for a period of unlimited travel.

October’s recovery had slowed down from previous months. The month-on-month growth in the number of air passengers was 0.8 percentage points in October, way down from 13.1 and 8.5 percentage points respectively in September and August, according to calculations by the South China Morning Post.

Qi said the initial pent-up demand might have dropped later in the month, as a resurgence of Covid-19 cases in a number of Chinese cities dented the pace of recovery.

Data from VariFlight showed a slight decline in traffic at Tianjin and Shanghai after small flare-ups of the virus. For instance, flights from Shanghai Hongqiao International Airport dropped 1.9 per cent and 2.4 per cent respectively on November 10 and November 11 from a day earlier, after the city’s government announced one new local Covid-19 case on November 9.

“Sporadic cases in China will weaken travel demand to some extent even as the domestic market continues to recover in general,” said Lin Zhijie, an expert at the Aviation Think Tank.

The air traffic rebound in China has been supported by fast testing for covid-19, and the adoption of green code passes which allow passengers to travel without restrictions.

Earlier this week, major global airline alliances, including Oneworld, SkyTeam and Star Alliance, urged governments to implement passenger testing protocols and to use digital health passes to resume air travel. The three alliances represent over 60 per cent of global airline capacity and carried over 1.87 billion passengers annually before the outbreak of Covid-19.