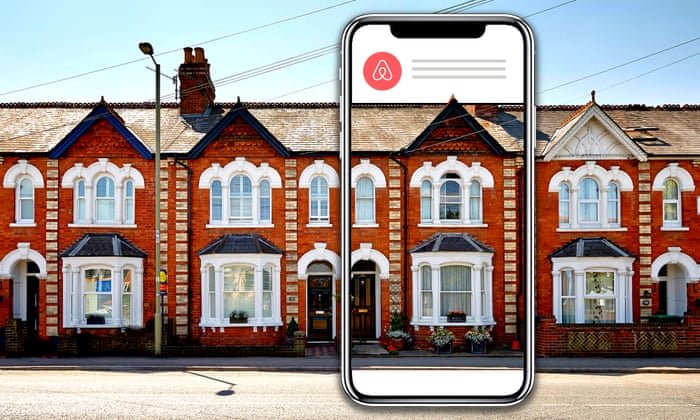 Revealed: the areas in the UK with one Airbnb for every four homes

‘Out-of-control’ dominance of rentals in some communities depriving locals of homes, critics say
Airbnb has become so prevalent in Great Britain that some parts of the country now have one listing for every four properties, prompting concern that the rapid expansion in short-term lets is “out of control” and depriving communities of much-needed homes.

Exclusive analysis by the Guardian identified Airbnb hotspots in both rural areas and inner-city neighbourhoods, where the ratio of active Airbnb listings to homes was more than 20 times higher than the average across England, Scotland and Wales.

The highest incidence of Airbnbs was in Edinburgh Old Town, where there were 29 active listings for every 100 properties.

The north-west of Skye had the second-highest concentration, at 25 listings per 100 properties, including a seafront bothy (£50 a night), a modern cottage clad in corrugated tin (£190) and an isolated cottage with ocean and mountain views (£160).

In England, the area with the highest rate of Airbnb lets was Woolacombe, Georgeham and Croyde, in Devon, with 23 listings for every 100 properties.

In one area of the Lake District: Windermere North, Ambleside and Langdales, there were 19 listings per 100 properties. Local MP Tim Farron described the growth of Airbnb in an area already dominated by second home owners as “a really disturbing issue”.

Airbnb questioned the accuracy of the findings, emphasising that unusual listings such as caravans or large manor houses, used for events, may not affect the local housing stock. It said some listings may be booked for only a few nights a year.

But others warned that the growth of Airbnb played to wider concerns about the effect of short-term lets. “The unchecked growth of online holiday lettings is depriving communities of much-needed homes,” said Dan Wilson Craw, the director of housing pressure group Generation Rent. “In rural areas and cities alike, the story is the same: young adults can’t afford to settle down in the areas they grew up in.”

In 2014 30% of homes in some parts of the Lake District national park were classed as second homes. In Chapel Stile, a picturesque village in the Langdales, research from the local school found 70% of houses were not regularly occupied.

Six years on, a two-bed terrace in the village now sells for £325,000, way out of the reach of working locals, who earn on average just £345 a week. Such properties are now listed for £130 or more a night on Airbnb – much more during the peak tourism season.

Cumbrian county councillor Jonathan Brook said he did not object to people renting out their homes on a short-term basis, when it could be argued they are “actually contributing to the viability of a community, as the guests will use the local services at a time when the owners themselves are not”.

However, he added: “If properties are being bought and are being exclusively used for Airbnb lettings, they should be registered as a business. There is some evidence that properties are being purchased for Airbnb lettings in areas and housing estates that have not previously appealed to the rental sector. These are homes that should be used as homes for local families, especially when we currently have over 3,000 families on the housing waiting list.”

The Guardian cross-referenced a database of more than 250,000 Airbnb listings with government housing stock figures to calculate the “penetration rate” of Airbnbs in 8,000 areas across England, Wales and Scotland. Across the whole of Great Britain, there were 0.8 Airbnb listings for every 100 homes.

Listings data – covering the six months to January – was provided by Inside Airbnb, a non-commercial project that aims to highlight the impact of the service on residential housing markets.

The dataset covers entire homes, private rooms and shared rooms, although two-thirds of active listings (67%) are for entire apartments. Private rooms – including a small number of conventional hotel rooms – made up about a third of listings while less than one in 300 ads (0.3%) was for a shared room.

The analysis included active listings only. A listing was considered active if the host had updated its availability calendar in the last six months.

Airbnb says the findings are based on “unreliable scraped data and flawed methodology”.

“Airbnb has long led the way on home-sharing rules and we are currently working with government and stakeholders across the UK on proposals for a host registration system to ensure that rules work for them too,” a spokesman said.

In the most touristic areas, hotels and conventional B&Bs also now advertise on the site, as well as campsites offering mobile homes, camping pods or wigwams. But they make up a small minority of listings.

Alistair Danter, the project manager of the Skye tourism management body SkyeConnect, says Airbnb listings on the island represent a variety of interests.

“The trouble with any headline figures relating to Airbnb is that you don’t know which categories they relate to: some of these listings will be established businesses – B&Bs, self-catering hotels - that use the Airbnb platform listing when they have a gap, some will be listings for two or three pods on the same croft and others may well be new start-up businesses taking advantage of the opportunity that the Airbnb platform offers. Many of these options will not be housing stock from locals,” he said.

Danter describes the company as “both saint and sinner”.

“It’s an effective platform that has given people an opportunity to start a viable business or earn some extra money in an area of the country where wages are low. The downside is that it is grossly unfair that you can open up your house to guests without needing a single check, certification or public liability insurance. Some form of regulation is required.”

In St Ives, Cornwall, where there are 18.5 Airbnb listings per 100 homes, independent councillor Andrew Mitchell said he worried about the lack of regulation. “All those B&B owners and small hoteliers are having to pay £5,000 to £10,000 for a fire alarm system, £500-£1,000 a year for refuge collection, so there’s a bit of resentment from those operators that there isn’t a level playing field.”

Airbnb says that it is working to make it easier for local authorities to enforce existing legislation and said this week: “We want to be good partners to cities and work together on a clear and simple host registration system that works for everyone.”

In January, as a direct response to concerns raised by local residents of popular tourist destinations, the Scottish government announced that councils would be given new powers to introduce licencing schemes for short-term lets from 2021.

Scottish Green MSP Andy Wightman, whose campaigning work on short-term lets was prompted by stories of “mental anguish” from his Edinburgh constituents, welcomed the plans, but warned that there was still no clear picture of how many former homes had been given over to commercial uses. Wightman estimates that there may be as many as 5,000 in Edinburgh alone, and has recently launched an online tool which allows people to report short-term let properties operating in their community.

“The growth in short-term lets is out of control in Edinburgh and of increasing concern across Scotland,” Wightman said, emphasising that Airbnb was only part of the problem. 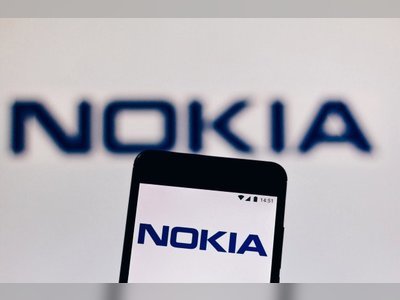 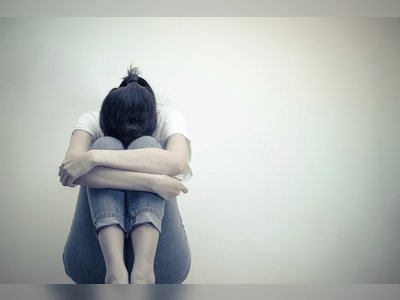