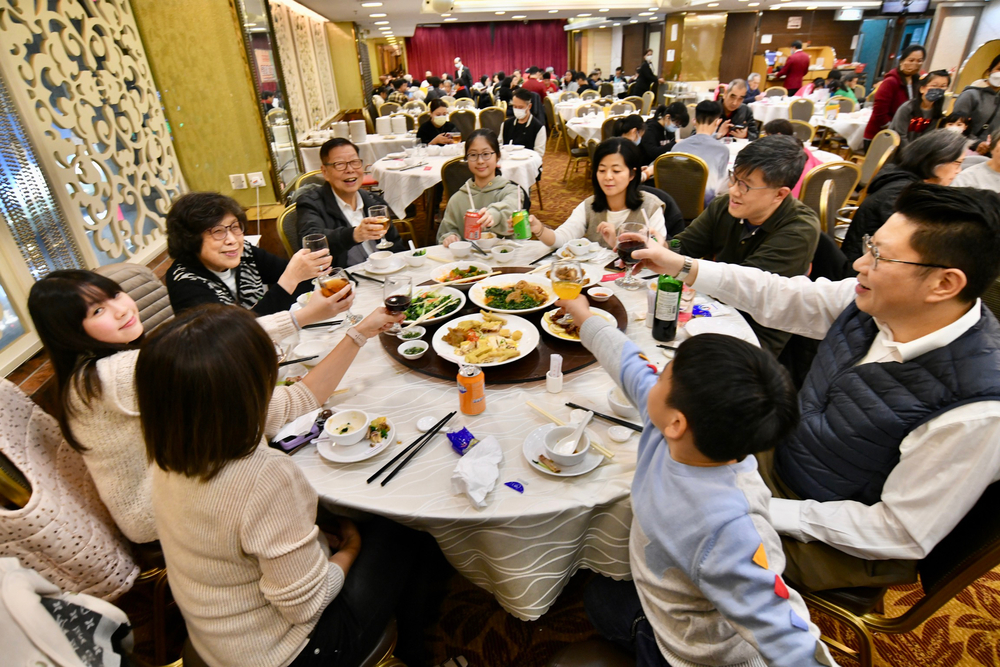 Hong Kong restaurants have seen a boom in business on Tuesday night as families dine out on Winter Solstice.
In Hong Kong, it is a tradition for families to gather for dinner on Winter Solstice -- similar to Thanksgiving in the United States.

People failed to eat out on the same day last year, as restaurants were banned from offering dine-in after 6pm due to the Covid-19 outbreak. But as the city sees no local cases recently, most restaurants are now allowed to operate until at least 11pm.

In Mong Kok, a Chinese restaurant has been fully booked for the past two days and does not accept walk-ins. Its manager said the restaurant has benefitted from the ease of anti-epidemic restrictions. Now a Type D restaurant can seat 12 people at a table, as long as all staffers are vaccinated and two-thirds of diners received the first dose of Covid-19 vaccination.

There has been a hike in prices for seafood such as fishes, shrimps and Alaskan crabs – for an average of 20 to 30 percent. But the hikes did not dampen enthusiasm of diners, he said.

A citizen eating out said it has become more difficult to book a restaurant than last year. Many restaurants she prefers has been fully booked a long time ago, and she managed to book her current choice only a few days ago.

Another had wanted to enjoy a buffet dinner at a hotel, but many such buffets in Tsim Sha Tsui and Central are fully booked until mid January.

Simon Wong Ka-wo, president of the Federation of Restaurants and Related Trades, said the sector should be able to earn HK$380 million just for winter solstice – even more than back in 2018.

Wong said the number of Type D restaurants where a maximum of 12 people can be seated at each table has been on the rise, helping the industry boost revenue.

Some families also choose to have meals at home.

A man who was buying groceries in the Kowloon City Market in the morning said he had prepared around HK$2,000 for buying food for dinner.

A chicken stall owner saw more people purchasing chicken, with each chicken sold at HK$200 and HK$300. She expected business to grow by more than 10 percent.

However, another wet market stall owner said business has gone down by 30 percent compared to last year due to the poor weather brought by tropical cyclone Rai. Some citizens also choose restaurants over home meals.
#COVID-19  #Covid
Add Comment