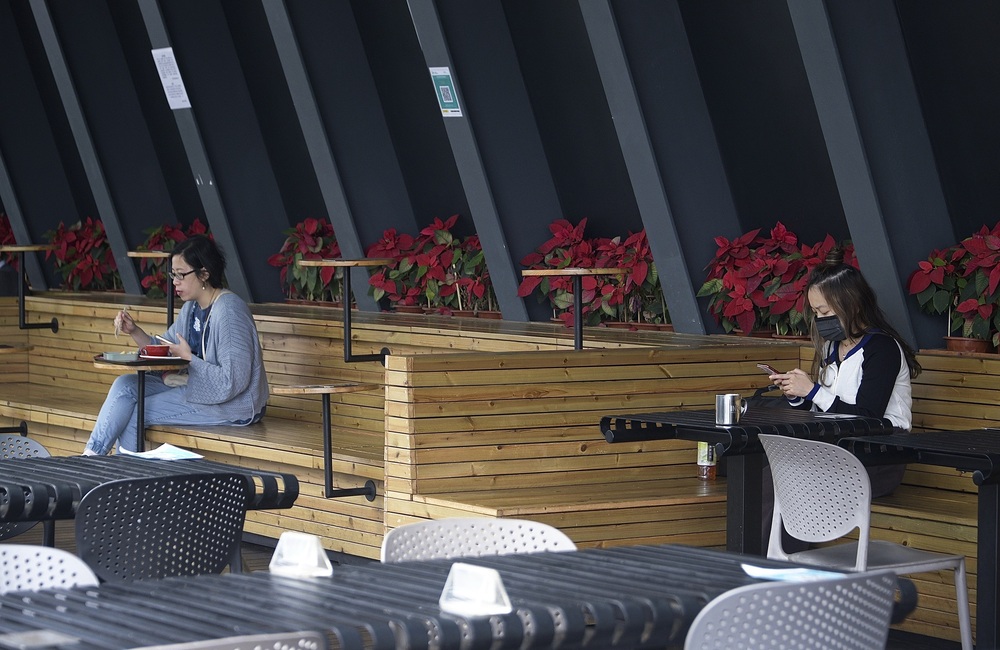 Restaurants expect rebound in business, but not beauty parlors and cinemas

Restaurants are expected to see business to rebound 70 percent after the evening dine-in ban is lifted on April 21, but beauty parlors and cinemas are taking a wait and see attitude.
Catering veteran Simon Wong Ka-wo said the first phase of relaxation of anti-Covid measures on April 21 might boost the industry business, but the impact is still limited as the number of people per table is still capped at four and no large gatherings can be held.

He said the catering business now sits at around 30 to 40 percent of pre-pandemic sales given the strict social distancing measures and that some restaurants have temporarily suspended their business amid the fifth wave.

But he expected sales to reach about 70 percent of pre-pandemic levels after the April 21 relaxation.

While authorities have announced the disbursement of the HK$5,000 consumption voucher in April to boost the local economy, Wong believed that only 10 to 15 percent of the vouchers will go into the catering industry, as opposed to about 30 percent from the previous round.

“More people will use the money to buy daily necessities at supermarkets and pharmacies, instead of spending the voucher at restaurants or retail industries,” he said.

Wong also said that the supply chain of ingredients to Hong Kong was not smooth as cargos cannot arrive on time and the logistics fee has also increased a lot.

Authorities previously have announced a three-phase relaxation starting from April 21 if there is no rebound in cases.

The first phase of the easing would see dine-in services at restaurants extended to 10pm from 6pm, with four diners allowed per table -- twice the current cap of two.

Authorities will also allow the reopening of designated premises, including gyms, cinemas and beauty centers. Sports premises and facilities managed by the Leisure and Cultural Services Department will also reopen.

But Nelson Ip Sai-hung, chairman of the Federation of Beauty Industry, said that they are not too optimistic about the business after reopening, given that the overall economy has been hit hard and people might be more conservative when it comes to spending money.

He also said he could not estimate how much the beauty business will recover after reopening.

“We have had no business over the past three months, and by the time we reopen, we will also have to provide service back to consumers who have purchased packages before we can earn new income,” he said.

Tenky Tin Kai-man, spokesman for the Federation of Hong Kong Filmmakers, said they hoped there would be “revenge spending” after the relaxation, but the sector is still waiting for the authorities’ announcement on the capacity limit.

“It would be better if we can know how many audience cap earlier as it would affect our promotion, which cannot be done at the very last minute,” he said.

But he said the sector is relatively optimistic given that the first phase of relaxation also comes with the lifting of dinner dine-in ban. “This means there will be at least more people on the street during the evening.”

He also said it would be “very good” if the relaxation could be brought forward to the Easter holiday from April 15 to 18.

Meanwhile, 12 shopping malls under the Sun Hung Kai Properties will launch a promotional campaign between March 31 and April 30, where customers can exchange vouchers, gifts and free parking after spending a certain amount at the malls with the four electronic payment tools used under the consumption voucher scheme -- Octopus, AlipayHK, WeChat Pay or Tap & Go.