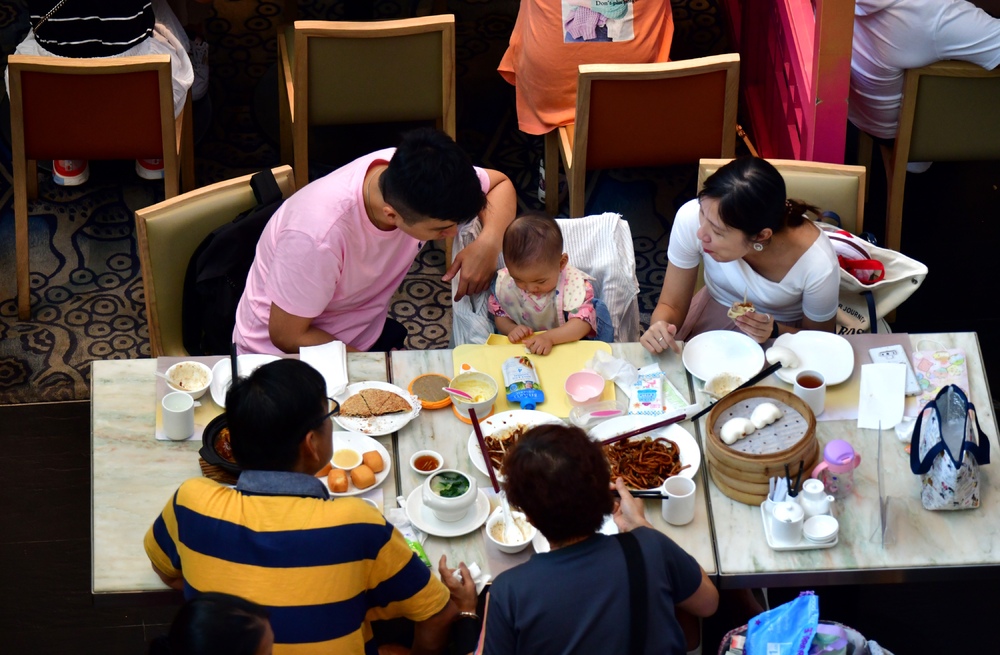 Restaurants expect a drop in business on Father's Day

Restaurants said they saw a 20 percent decrease in business on Father's Day compared to last year, but more people bought takeaways to have big group meals at home.
With social distancing measures in force, only a small number of restaurants managed to meet criteria for seating more than four people at each table. One Chinese restaurant in Tsim Sha Tsui which can seat six people per table said it was fully booked over the weekend.

Even though the catering business for this year’s Father’s Day would reduce by one-fifth compared to last year’s, the president of the Federation of Restaurants and Related Trades, Simon Wong Ka-wo, said it was already better than his original expectation — a 25 percent decrease.

“So far there are only some 800 restaurants that are registered under type C. This means that the majority of restaurants are still operating under type B arrangement and they cannot serve any customers after 10pm,” he said.

“Big families with more than ten people therefore are more likely to order takeaway and eat at home, so they do not have to sit at different tables,” Wong said, adding that the sale of restaurants’ takeaway businesses had increased by more than 20 percent during Father's Day.

Currently, eateries can register for four modes of operations. For plan A, a maximum of two people is allowed for a table and the restaurant could only have dine-in service till 6 pm.

Many restaurants stick to the model B arrangement of no more than four to a table and no dine-in after 10pm.

However, some restaurants have opted for type C mode of operation, with the number of people per table capped at six in the zone operating until midnight. All customers must use the government’s contact tracing app, “LeaveHomeSafe” and employees must have received the first dose of Covid-19 vaccine.

As for the 14 eateries adapting plan D, they can house a maximum of eight people at a table, while all diners must have received the first dose of vaccine and use the “LeaveHomeSafe” mobile app. All staffers must also be fully vaccinated for at least 14 days.

Fresh Seafood Restaurant in Tsim Sha Tsui used partitions to segregate the space into two halves, half was operated under model C, while the remaining half stuck to the model B arrangement.

The restaurant manager named Lo said even though the restaurant was qualified to register as a type D caterer as all of the employees were fully vaccinated, no customers so far had requested to sit at zone D. “Many people have booked for zone C though.”

He added that whether or not the restaurant would leave some space for zone D depended on the customers’ requests.

Chiu King-lun, the operator of B A Cuisine in To Kwa Wan and three other Chinese restaurants, said this year’s business was worse than last year’s. “The booking rate is less than 50 percent.”

He said some of his restaurants operated under type B arrangement including B A Cuisine while some are registered for plan C. “There is no difference between the two though, in terms of business.”

While sons and daughters were showing their love on Father’s Day, a survey done by the Chinese YMCA of Hong Kong revealed that fathers were not spending enough time talking with their children daily.

The survey conducted between November 2020 and March this year interviewed over 560 students from primary four to six.

More than 70 percent of interviewed students wished they could spend a minimum of half an hour per day with their fathers.

Around 40 percent of children said they spent less than 30 minutes with their dads.

The non-government organization said many parents sacrificed their parent-child time because of the busy workload. They recommended that parents should spend at least 30 minutes per day with their children.
#COVID-19  #vaccine  #Covid
Add Comment