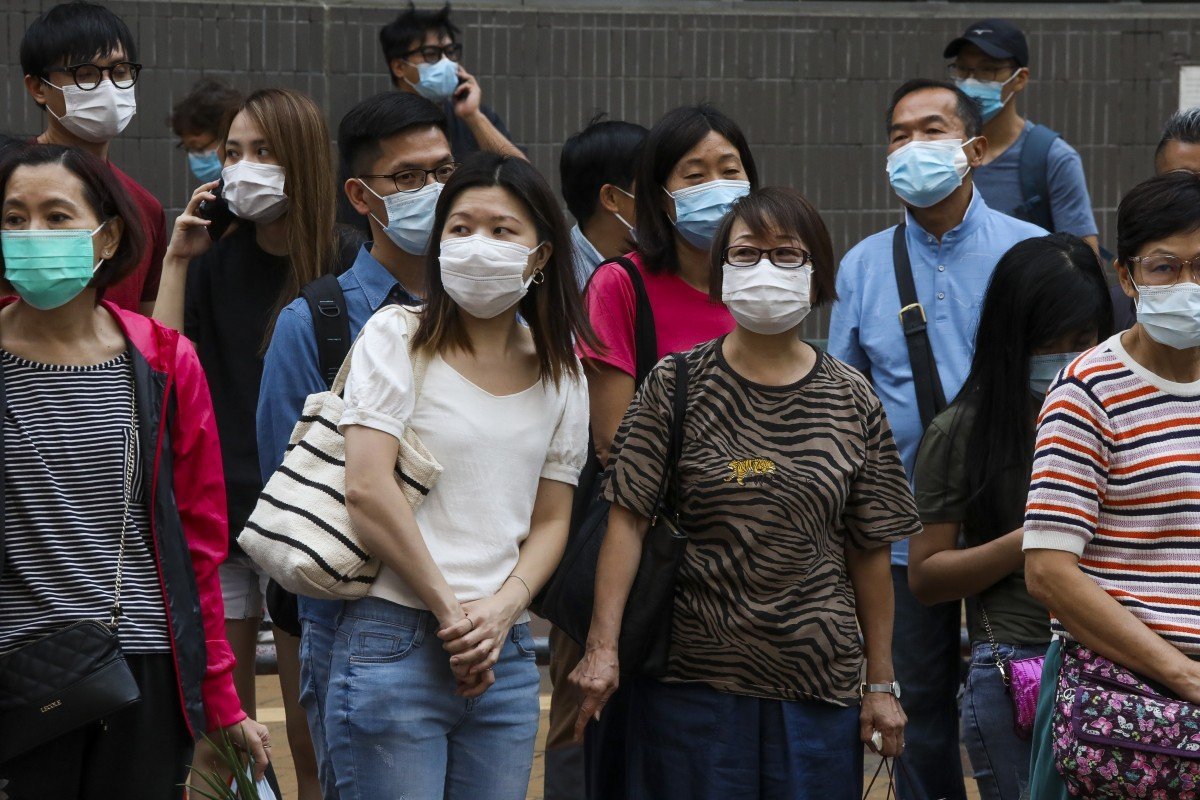 A third of Wednesday’s cases are locally transmitted, including a taxi driver with unknown source of infection.

Hong Kong residents in Guangdong and Macau could begin applying to return without needing to quarantine on Wednesday, as the city recorded nine new Covid-19 cases.

Three of the new cases were locally transmitted, one of which involved a 76-year-old taxi driver with an untraced source of infection, taking this month’s cabby cluster to five.

Last working on Monday, the cabby from Yue Tin Court, Sha Tin, drove his own taxi and usually operated in Kowloon.

The other two local cases involved a 50-year-old security guard at Chuang’s London Plaza in Jordan and an 82-year-old relative, who live together in Kwai Shing West Estate, Kwai Chung.

Both infections were linked to another member of the building’s security team, who was confirmed as infected on Saturday.

Two people arriving from Britain were among Wednesday’s six imported cases. The others came from Montenegro, Indonesia, the Philippines and Pakistan.

The latest infections pushed the city’s official tally of confirmed cases to 5,479, with 108 related deaths.

Starting on Wednesday, adult residents returning from Guangdong province or Macau could apply online to come back under the “Return2hk Scheme” without undergoing the mandatory 14-day quarantine.

Those wishing to do so can enter the city from next Monday, at the earliest, as long as they test negative for the virus 72 hours before crossing the border.
A daily quota of 3,000 people has been set for the Shenzhen Bay Port crossing, while the Hong Kong Port section of the Hong Kong-Zhuhai-Macau Bridge
can admit 2,000.

But authorities have also tightened quarantine rules in a bid to snuff out the virus, and visiting people quarantined in hotels is now banned.

Anyone violating the order faces a penalty of up to six months in jail and a maximum fine of HK$25,000.

Testing and isolation arrangements for consular and diplomatic officers, who were previously exempt from compulsory quarantine, have also been tightened.

Officers who visited high-risk places in the two weeks before arriving in Hong Kong need a negative Covid-19 test result taken within 48 hours of boarding their flight to the city.

They must also be tested on arrival at Hong Kong airport, and have to wait for the results.

Aside from consuls general or representatives of equivalent level, all other officers would be subject to self-isolation for 14 days. They would also need to return a deep throat saliva sample on the 12th day of their arrival for another test.

Those who had not visited high-risk places in the 14 days before arrival, and who could provide a negative test taken in the past 48 hours, would also need to take the Covid-19 test upon arrival, but would not have to wait for their results at the airport.

Those without a recent negative result would have to wait for results.

Both groups would also have to return a deep throat saliva sample on the 12th day for another test.

The use of public transport to their accommodation is also banned.

Meanwhile, the Centre for Health Protection will distribute deep throat saliva specimen bottles at schools with outbreaks of upper respiratory tract infections as a precaution. It will advise schools to suspend face-to-face classes and activities for at least a week until test results are available starting on Wednesday.

This came as an online petition collected more than 400 signatures calling for the government to reconsider its 14-day suspension of in-person classes at kindergartens and nurseries, which took effect last Saturday. The signatories said authorities should instead prioritise other options, including closing only the affected schools or neighbourhoods, before shutting them all down.

Petition organiser Jennifer Lei, whose child studies in K1, told the Post she believed a blanket suspension of face-to-face activities at kindergartens should be the last resort given most pupils had missed lessons on campus for more than half a year after classes were first suspended in early February.

She said some parents were concerned their children’s learning progress could be further affected given the two-week suspension of face-to-face classes.

“Shutting down an entire network of kindergarten schools just means … these children are now having play dates. Some without helpers and whose their parents have to work, unfortunately, are being bounced from grandparents to grandparents, from aunties to aunties.”

An Education Bureau spokeswoman said the government had noted the parents’ petition and thanked them for the suggestions. She added that the authorities would continue to keep close contact with the education sector when reviewing class arrangements.