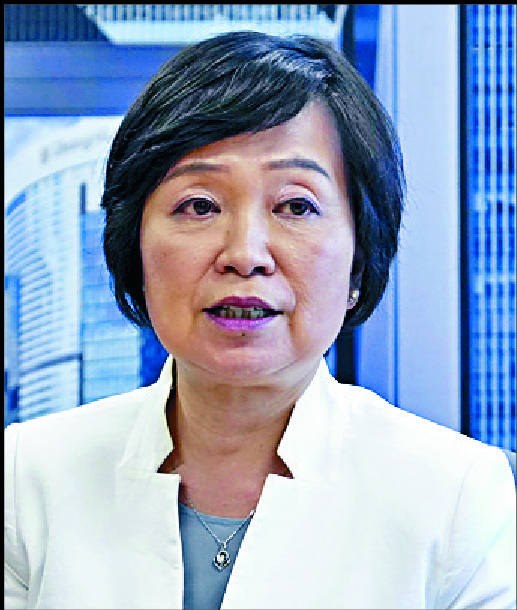 Authorities have been moving students to different districts while merging and closing schools with lower intakes in view of the decreasing student population, Secretary for Education Christine Choi Yuk-lin said yesterday.
The dwindling number of students is a systemic issue, Choi said, adding it cannot be solved immediately. She also disagrees with reducing class sizes as a potential solution.

"We should keep enhancing our team of teachers instead of simply reducing class sizes," she said.

She added the Education Bureau has been relocating, merging and shutting down schools in some districts for the past few years to avoid a "musical-chairs effect" where there are too many schools and not enough students, forcing the schools to compete.

She cited the relocation of several schools in the Eastern and Southern districts, where there are fewer students, to newly developed districts such as Queen's Hill in Fan Ling.

The bureau will not aim for smaller classes due to the limitations that would place on elective subjects in senior grades. Instead, Choi said, they hope to concentrate resources on enhancing technological education, facilities and teaching staff.

The last point is not without its snags however due to the rising turnover rate among teachers. Some school principals also cited difficulties in recruiting teachers for particular subjects.

Choi said the bureau will work with teacher-training institutions so that the latter can increase the number of places in its courses to ensure an adequate supply of teachers in the future.

When asked about the requirement that teachers working in government schools take an oath to declare allegiance to the SAR, Choi said the same is required of civil servants.

She also addressed the bureau's announcement this month that it will organize and subsidize a compulsory field trip to the mainland for secondary four to six students taking the core subject of citizenship and social development.

Choi denied the trip was for "brainwashing" purposes, adding students will be able to develop a sense of belonging and learn from multiple perspectives.

Ahead of the release of the Diploma of Secondary Education results on Wednesday, Choi hoped candidates can keep calm despite the major stresses of the social unrest and the Covid-19 pandemic.

Students have had a unique studying environment over the past few years, she said, adding they should see it as resilience training.
#COVID-19  #Covid
Add Comment