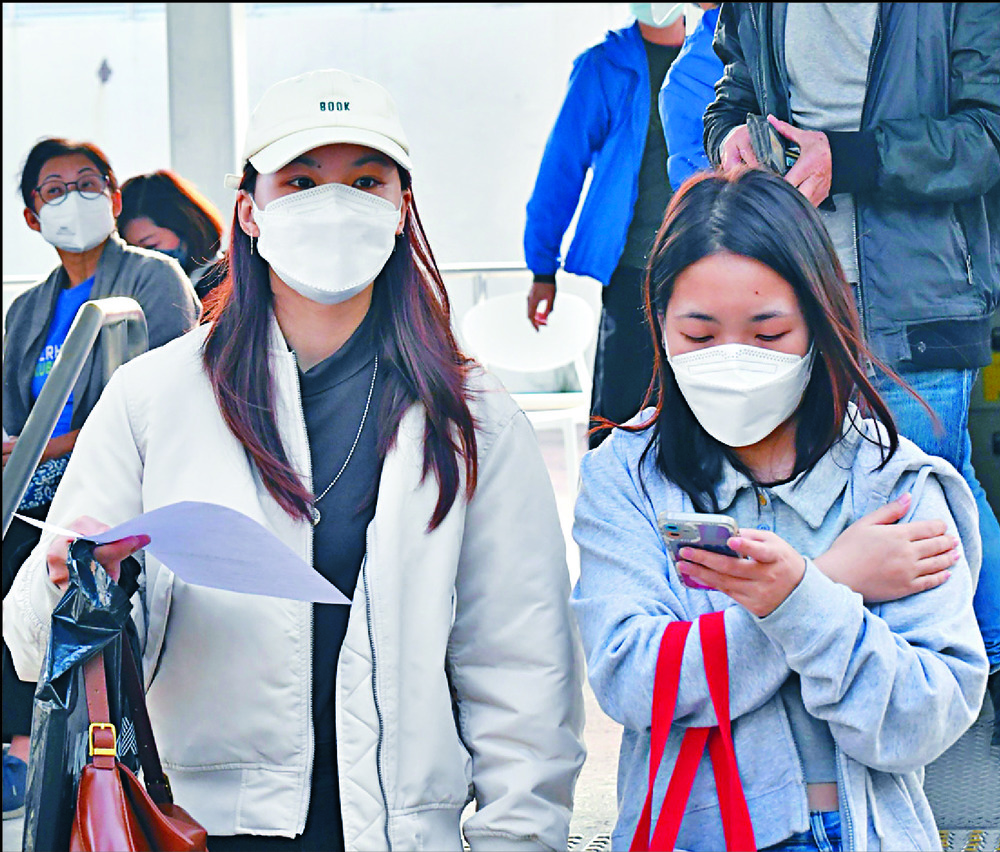 Reopening to see race for shops, music and jabs

Some mainlanders are looking forward to shopping sprees, music festivals and taking the BioNTech vaccine here once the border reopens.
It has been nearly a month since Beijing loosened its own Covid preventive measures, which led to the largest outbreak in the past three years.

A Hongkonger who runs a cafe in Beijing's commercial district said the relaxation caused more infections and fewer people to go to work. His business fell to the worst in more than 20 years, with only a dozen customers on the least crowded day.

A Beijing resident, who has taken three mainland jabs, said in addition to shopping and attending music festivals, he is planning to take a BioNTech bivalent shot here for better protection.

He also said some people will flock to Hong Kong to purchase painkillers and antipyretics amid a mainland shortage.

Peking University economics professor Cao Heping, who had a bout with Covid, said he is cautiously optimistic about the mainland economy this year, as Covid is not as serious as he thought.

Hongkongers stranded in the mainland for almost three years said its stringent lockdowns and anti-Covid measures were worthwhile to save lives but admitted the recent quick and mass relaxation caught them off guard.

Tony, a Beijing businessman who caught Covid last month after measures were relaxed, said he never thought the epidemic could be so serious.

He said his friends were infected everyday and the streets were empty.

"Even at Sanlitun, the famous fashionable dining area, it took three hours for food to be delivered I had to order from two places to see which one could successfully be delivered."

Another Hongkonger, Alan, said the lockdowns brought safety. "Amid overseas panic in 2020 and 2021, we lived a peaceful life knowing the measures kept us from being infected."

There were costs, such as travel difficulties, but it was worth it for Alan.

A viral video on Twitter showed a scuffle between students returning from abroad and police at Guangzhou Baiyun airport over having to observe a "5+3" quarantine despite Beijing announcing the opening up is effective from Sunday.

Some students questioned the reasonableness of maintaining the 5+3 curbs.

When students were pulled away, many of them shouted "how can police beat people up" and "are you still Chinese beating people like this?"