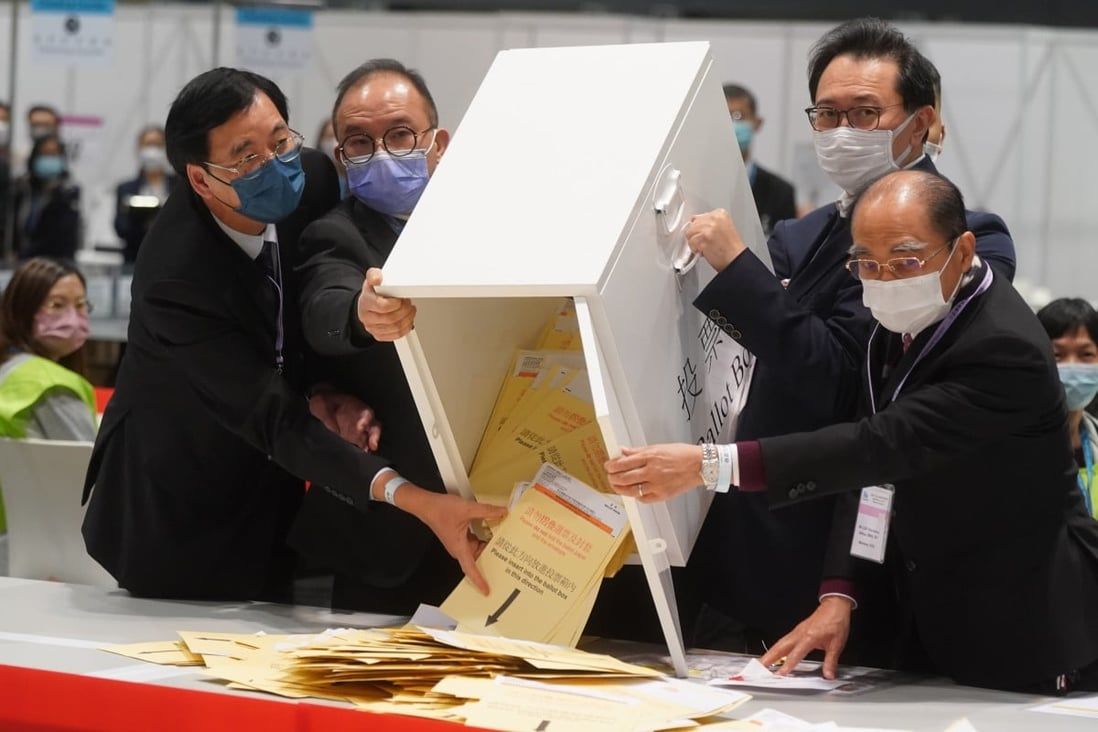 Bid to ramp up voter numbers after lowest-ever turnout, 30.2 per cent, was recorded for directly elected seats in the Legislative Council elections last year.

Hong Kong permanent residents should be registered by default as voters, and those having moved to work or live in mainland China also be allowed to cast ballots in the Legislative Council elections under proposals made by the city’s leading pro-Beijing political party.

The Democratic Alliance for Betterment and Progress of Hong Kong (DAB), a driving force in the pro-establishment camp, said Hongkongers residing on the mainland should be permitted to use their correspondence addresses in the city to register as voters.

But the proposals, which the party said were aimed at “simplifying the current administrative practices and encouraging more people to vote”, were dismissed by the opposition bloc amid questions of fairness.

Announcing DAB’s proposals on Thursday, party vice-chairman and legislator Chan Yung said there were many locals working or living on the mainland, with some shuttling between the two while having a home in Hong Kong. 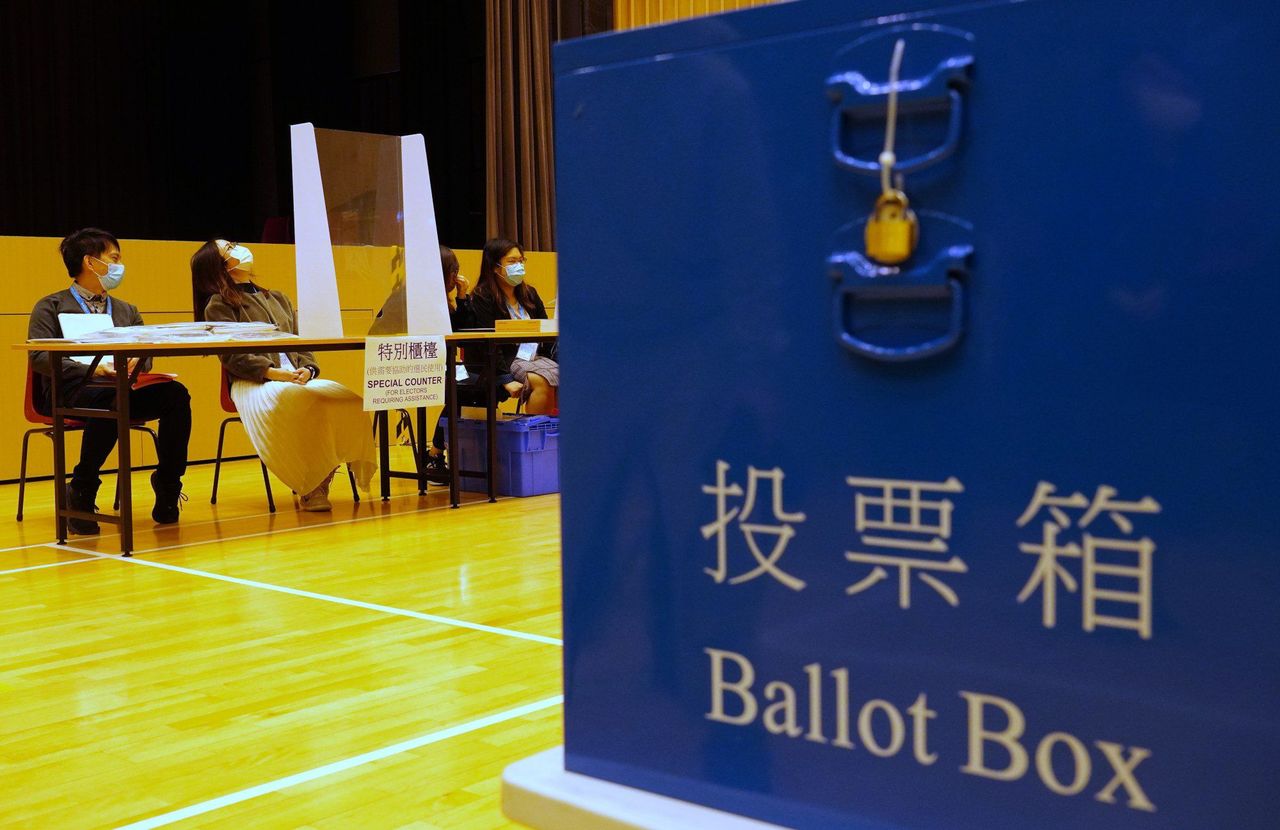 Casting electronic ballots is one idea being floated.
“The present requirement that a voter must be ordinarily living in Hong Kong should be dropped, allowing those permanent residents living on the mainland to register as voters using their Hong Kong correspondence addresses.

The party argued that not allowing Hongkongers living across the border to vote would be counterproductive to the city’s integration into the Greater Bay Area.

Chan also said the current voter registration procedure was both inefficient and ineffective. 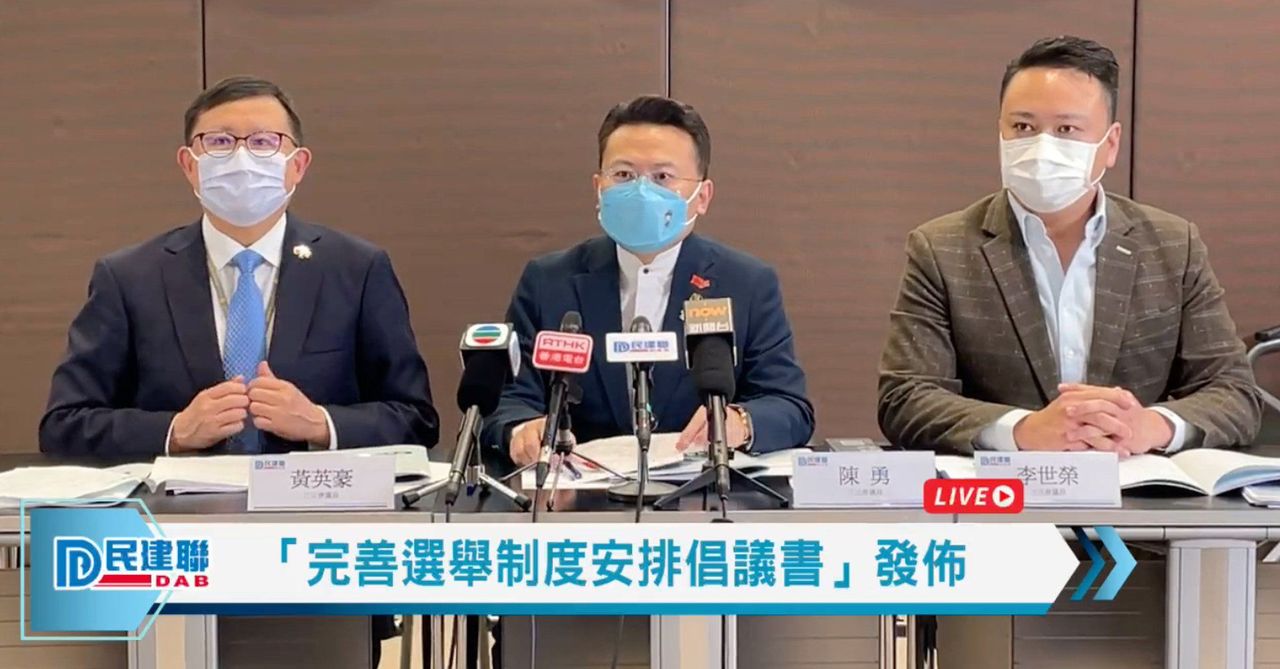 The city’s largest pro-Beijing party has put forward a host of suggestions to overhaul rules.

Permanent residents would be registered to vote by default upon turning 18 under the proposals.

The report, titled “Proposals on Improving Electoral System”, said voters should be allowed to go to a polling station of their choice, instead of having to go to one designated by the authorities.

The arrangement could allow voters who had to work on the election day to cast their ballots at a polling station convenient to them, the report said, indicating that technology could be used to facilitate the practice.

However, Chairman of the opposition Democratic Party, Lo Kin-hei, said: “The crux of the problem of Hong Kong’s election is not about people not being keen to register as voters.

“People go to vote because they want to make their voices heard by electing a councillor to represent them. But if the political system cannot achieve this aim, people will not want to go to vote. It is no use having more people to become voters.”

According to the government, there were over 4.41 million registered electors in Hong Kong. But in the most recent Legislative Council election in 2021, the turnout rate for the directly elected seats in the geographical constituencies poll was only 30.2 per cent – the lowest in history.

Critics said the low turnout rate was partly due to the Beijing-led “patriot-only” electoral reform, which they said was aimed at blocking opposition candidates from entering the legislature.

On allowing those living on the mainland to register as voters or to vote, Lo cast doubt on how fairness could be ensured. “How can candidates reach out to those voters? And how can the candidates ensure the election activities or voting are conducted fairly and properly?”

Other proposals in the party’s 39-page report included cutting short the voting time to run from 8am to 6pm for Legislative Council elections; allowing pre-poll voting for government officers who have to help in the election day and may not be available to vote; introducing electronic ballot casting and using more automation in counting votes to speed up the process.

It also said the election expense law should be relaxed so that only those donating HK$5,000 (US$642) or more needed to be filed with receipts, instead of the current requirement which begins at donations of HK$1,000.

A spokesman for the Constitutional and Mainland Affairs Bureau said it had noted the party’s proposals.

“The aim is to ensure elections can be held in a fair, open, and honest manner. Further steps may also be considered about the use of information technology in order to make electoral arrangements more efficient and cater better to the needs of the people,” the spokesman said.

Justice David Lok Kai-hong, chairman of the Electoral Affairs Commission, said last week that the body was looking into ways to improve the city’s electoral laws and guidelines, which he said were too complicated.