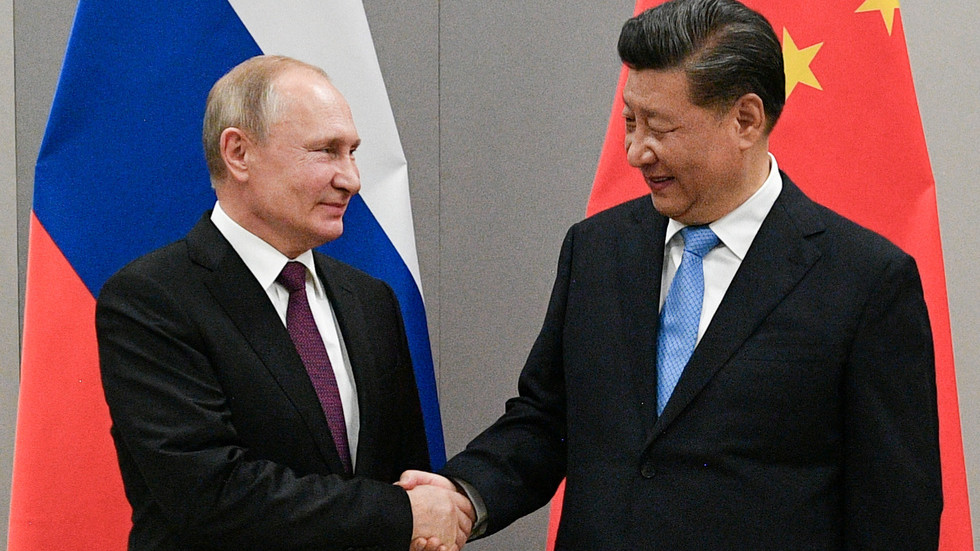 Former US National Security Advisor John Bolton told RT’s Going Underground that Moscow has chosen the wrong strategic path by building stronger ties with Beijing instead of mending relations with the US and Western Europe.

“I think Russia’s greatest security lies in moving West, not moving East,” Bolton said in an interview that aired in full on Saturday. He added that it’s not in Russia’s long-term interest to ally closely with China, saying, “By splitting away from the potential for closer relations with the West that we had after the collapse of the Soviet Union, I think we’ve lost a lot of time and opportunity.”

Dismissing RT host Afshin Rattansi’s suggestion that US and NATO policies were pushing Russia into the arms of China, the former advisor to then-President Donald Trump said Russian President Vladimir Putin had chosen to work more closely with Beijing.

Choosing China over the Western powers may put Moscow in danger of eventually losing control over much of Russia’s territory east of the Urals, Bolton said. “You’ve got a country with a huge population and not many natural resources south of Russia with, in that part, a lot of natural resources and very few people.”

"That doesn’t speak long-term strategic stability from the Russian point of view, and I would just urge people in Russia who are thinking about this issue to think long and hard before they get too close to China."

Bolton blamed US reluctance to negotiate a new arms control agreement with Russia on China’s rise as a major nuclear power. He said that during the Cold War, such deals were essentially a “bipolar negotiation” between the US and Russia, even though a few other countries had some nukes.

“Today, we read in the newspapers from commercial satellites overhead of Chinese construction of hundreds of new ballistic silos, which are obviously being excavated to put in nuclear warheads,” Bolton said. “China’s capabilities in the nuclear field are expanding enormously… If we’re going to have new strategic weapons negotiations with Russia, China has to be included. It makes no sense whatsoever to pretend that we’re still living in the Cold War, bipolar nuclear era.”

Bolton blasted both Trump and President Joe Biden for the US withdrawal from Afghanistan, which he said made America less secure by increasing the risk of the Central Asian country again being used as a base for terrorist operations. “There’s potential for congregating terrorists from anarchic areas around the world to a more hospitable government in Afghanistan,” he said. “I think it’s something that we should all be worried about.”

Bolton added that European Union countries have been hasty in resuming humanitarian-aid funding in Afghanistan, a move they may come to regret if it becomes clear that the Taliban is “still a terrorist group, as they seem to be.”

He asserted that the Taliban’s takeover of Afghanistan increases the likelihood that Islamic extremists will seize control of neighboring Pakistan and its nuclear weapons arsenal. Taliban-controlled Afghanistan “could provide aid and comfort to radicals in Pakistan – Pakistani Taliban itself, other terrorist groups that the Pakistani government created – along with extremists in the Inter-Services intelligence directorate and other parts of the Pakistani military,” Bolton said.

That risk was among the arguments that Bolton made for keeping US troops in Afghanistan before Trump fired him as national security advisor in September 2019. “Obviously, that was not persuasive to Donald Trump and wouldn’t have been persuasive to Joe Biden,” he said.

Bolton dismissed the notion that US military interventions in such countries as Iraq and Syria had led to the rise of terrorist groups. He argued that the power vacuum created in Iraq when then-President Barack Obama withdrew US troops in 2011 allowed Islamic State (IS, formerly ISIS) to mushroom up. He added that Syrian President Bashar Assad’s alleged use of chemical weapons against his own people necessitated a US military response, although he admitted that missile strikes hadn’t deterred the regime.

“It was evidence that the danger of the anarchy we saw in Syria – with the presence of Iranian forces, Hezbollah coming over from Lebanon to support the Assad regime, the accumulation of terrorist forces in and around Idlib -- was a compelling reason to keep US and NATO forces in northeastern Syria, which was another place Trump wanted to withdraw from,” Bolton said. “This was part of the complex dealing within the Trump administration to maintain stability, which was in US interest, rather than withdraw and see a return to terrorist control or Iranian-backed control.”

Bolton, who also called for the US to overthrow Iran’s government by fomenting an uprising against the Tehran regime, emphasized that Washington’s strikes on Syria were preceded by warnings to Russian military forces in the country. “We understood fully – and I think that’s what Mattis was saying – that if we were not careful, there might be collateral damage, which we didn’t want. This was not in any sense aimed at Russia. It was aimed at the Assad regime.”

Bolton, who was US ambassador to the United Nations from 2005 to 2006, defended the decision to strike Syria without UN backing. “I think the organization is gridlocked and its political institutions largely a failure. If we’d gone to the Security Council, we almost certainly would have faced a Russian and Chinese veto... Neither the British nor the French thought there was any need for Security Council approval, so I think we were well within our rights to conduct the strike without reference to the Security Council.”

The long-time war hawk defended Washington’s sanctions against countries such as Iran and Venezuela, despite estimates suggesting that those actions resulted in thousands of deaths. He said it wasn’t in the interest of the US or the Venezuelan people for Trump to treat Nicolas Maduro as the South American country’s legitimate president. Trump hinted last year that he was having second thoughts about recognizing Juan Guaido as Venezuela’s leader and that he would consider meeting with Maduro.

“Trump had a feeling for authoritarian leaders like Vladimir Putin, Erdogan, Xi Jinping, Kim Jong-un,” Bolton said. “Maduro was just part of that group of people, and I think [Trump] decided ultimately on his own that he didn’t want to do it.”

Watch Afshin Rattansi’s full interview with John Bolton on RT.com, as well as on YouTube.