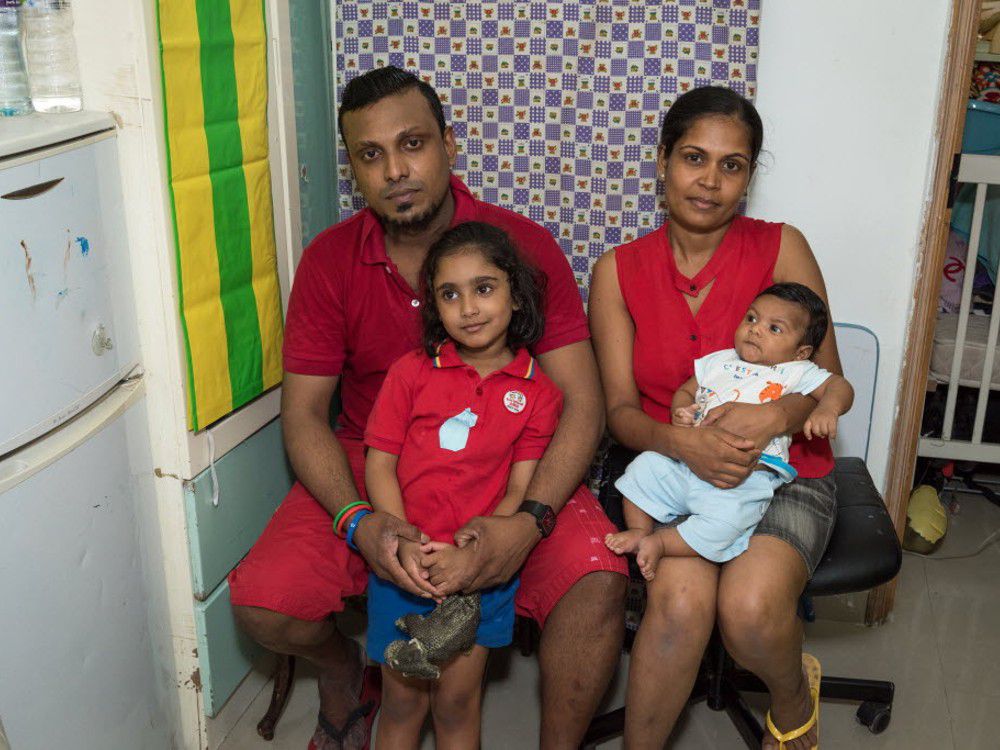 It was eight years ago now that Supun Kellapatha and Nadeeka Kuttige welcomed a preppy-looking young American into their run-down home in Hong Kong, and saw their lives tipped upside down.

The American was Edward Snowden, at the time the most wanted man in the world after he spirited a briefcase full of secret mass surveillance plans from the heart of the U.S. intelligence world.

They and other refugees represented by a Canadian lawyer helped hide the whistleblower for two weeks, then suffered the consequences when their surprising role became public in 2016.

But Kellapatha, Kuttige and children Sethmundi and Dinath were on their way to Canada Tuesday, finally accepted here as refugees after years of effort by lawyers working pro bono and a non-profit group that’s privately sponsoring them.

The Sri Lankan family were admitted half a decade after they first applied for asylum in this country and more than two years after a pair of other “Snowden refugees” — one of whom is actually Kellepatha’s daughter — were admitted to Canada.

Hong Kong is a jurisdiction with little patience for refugees and the family’s sense of relief in a recent phone call was almost palpable, said one of their advocates.

“The tone of their voice, the words they’re using … it feels as if a huge burden has been lifted off their shoulders,” said lawyer Marc-André Séguin of the group For the Refugees. “Instead of talking about the past, they’re for once talking about the future…. Their kids will be going out trick or treating for the first time in their lives in a couple of weeks.”

But the saga is not quite over. The last of the Snowden helpers, Sri Lankan Ajith Pushpa Kumara, is still waiting for word from Immigration Refugees and Citizenship Canada (IRCC), though the group’s applications were all filed at the same time.

“I just hope that Canada will do the right thing and let him in,” said Séguin. “They’ve been through so much together…. There is that sense of belonging in the group.”

Nadeeka Kuttige, left, with children Sethmundi and Dinath at Hong Kong airport Tuesday morning before they and father Supun Kellapatha left for a new home in Canada.

They essentially had no other choice but to seek asylum in Canada, and specifically Quebec, their advocates say. The province is one of the only jurisdictions in the world that accepts refugees in such circumstances without the United Nations High Commission for Refugees first screening them, and Hong Kong does not allow the UNHCR to do that. Quebec relies instead on Canadian visa officials.

Snowden was viewed as a hero by some and a traitor by others after he left his job at the National Security Agency in the U.S. and took with him documents outlining a number of mass-surveillance programs, calling into question the morality of post-9/11 government snooping.

He headed to Hong Kong in 2013 to release the records to the media and then, with American authorities after him, went into hiding. He retained Montreal lawyer Rob Tibbo, who had Snowden live with three groups of his refugee clients in some of the enclave’s most out-of-the-way corners.

Snowden eventually surfaced and flew to Moscow, planning to continue on to Latin America. But with his American passport cancelled, he has never left Russia.

I’m just going to look out the window, see Hong Kong for the last time and see the outside world for the first time in many years

Tibbo finally disclosed the refugees’ part in the affair in 2016 — a story broken by the National Post — after learning it would be mentioned in Hollywood director Oliver Stone’s movie about Snowden.

But the revelation only seemed to earn the refugees aggravation, as Hong Kong authorities suddenly re-activated long-dormant files and quickly rejected their asylum applications. Benefits were cut off and Tibbo himself fled the city, fearing he would be arrested by police on trumped-up charges.

They have been sustained in Hong Kong ever since largely by donations to For the Refugees and money raised by Tibbo, as their applications to come to Canada as privately sponsored refugees were processed.

Philippines native Vanessa Rodel and her daughter Keana were admitted in 2019, a decision that effectively divided a family. Rodel had Keana in a previous relationship with Kellapatha, making his other children the girl’s step-siblings.

As Hong Kong was swept by an historic protest movement, then a crackdown by China and the COVID-19 pandemic, their lives of poverty — local law barred them from working — grew harder still, said Séguin. 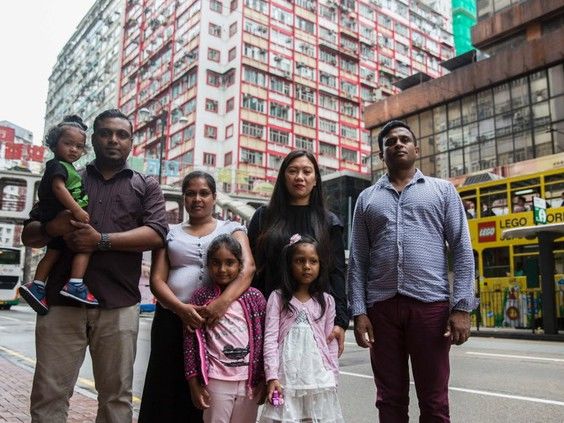 “It’s been soul crushing to have that feeling of not understanding why their process is taking longer, having to cope with the separation,” he said. “The conditions they were living in were already extremely stressful. The experiences of the last two years have added to that burden quite substantially.”

“He told me: ‘I don’t think I’ll watch any (in-flight movies). I’m just going to look out the window, see Hong Kong for the last time and see the outside world for the first time in many years. I can’t wait to see Canada. The kids are so happy. I’m so grateful.’ ”

The family will be living near Rodel and her daughter in Montreal, where supporters have already found them an apartment and furnished it with donated goods.