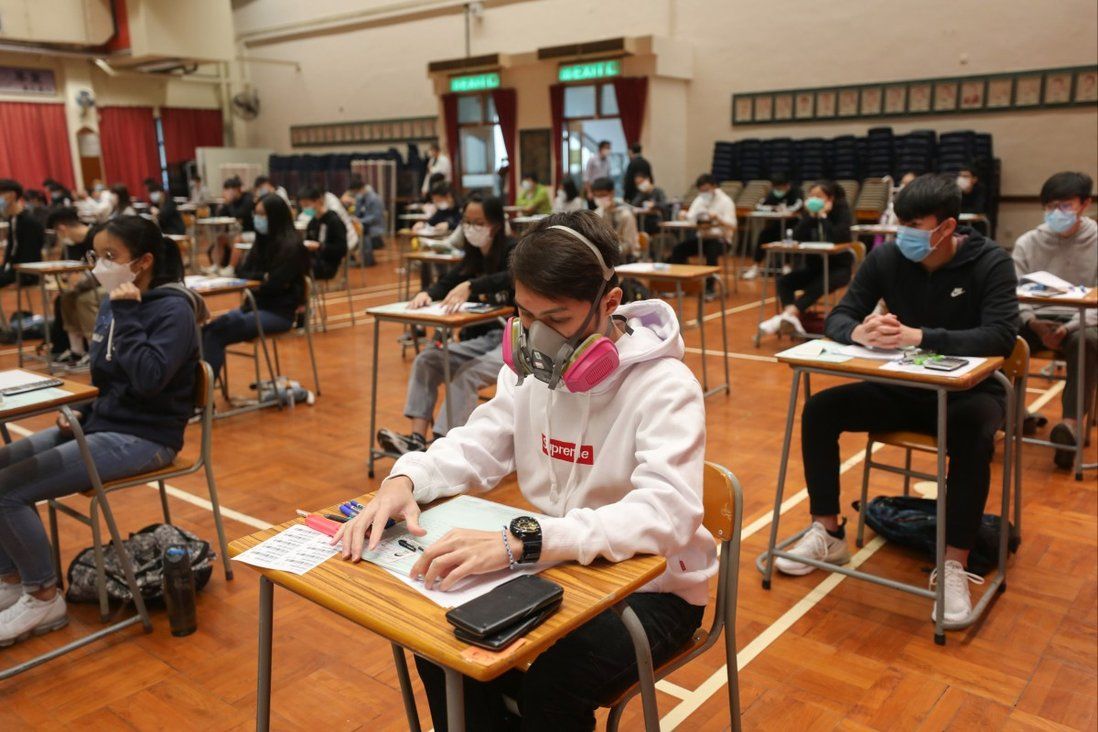 Hong Kong teachers who have recovered from the coronavirus could supervise special exam centres for students deemed close contacts of Covid-19 patients, a government source has said.

But the city’s education minister said plans were still being discussed for students who tested positive using a rapid antigen test (RAT) kit on the morning of their exam day.

According to the insider, health authorities are considering dividing candidates for the Diploma of Secondary Education (DSE) exams who have been affected by Covid-19 into three groups under a plan being finalised by the Education Bureau: those who test positive a few days before the paper, those who test positive on the day of the exam, and those issued a quarantine order after being classified as close contacts.

If allowed to sit their exams, all three groups would take their assessments at different venues, the source added. “This arrangement will help minimise infection risks,” the insider said.

But this year, a wave of infections has forced education authorities to consider examination arrangements for a far greater number of students.

On Wednesday, Secretary for Education Kevin Yeung Yun-hung said the bureau, exam authorities, schools and health experts were considering setting up special assessment centres for students who would otherwise not be able to take the city’s university entrance test due to epidemic-related reasons.

The minister told a radio programme on Thursday that preparations for candidates who tested positive for Covid-19 on the morning of their exam day were still under consideration.

Meanwhile, alternative venues could be provided for students who were considered close contacts of patients, he said, adding that priority could be given to such candidates to sit their assessments at quarantine centres. 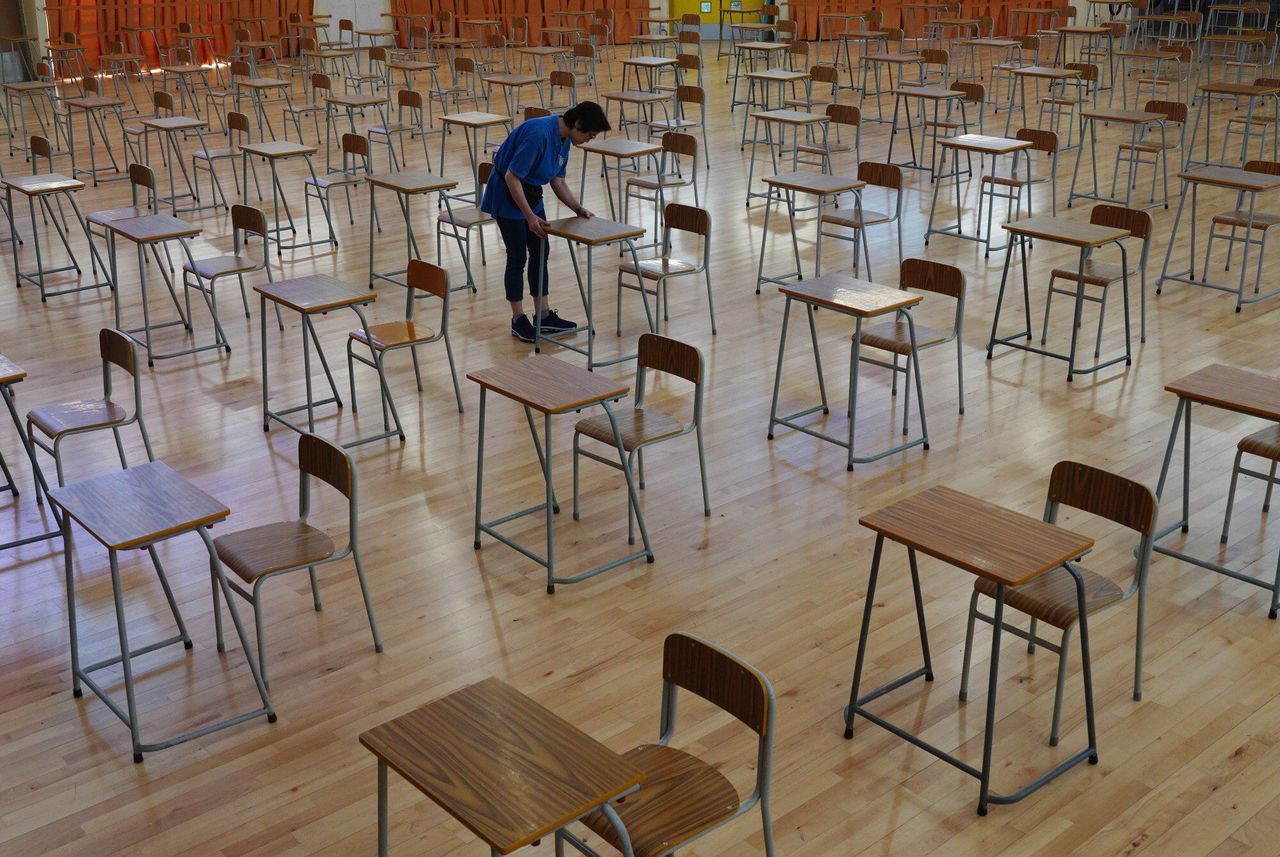 The number of candidates taking the DSE starting on April 22 has dropped to an all-time record low of 50,060, according to official figures.

Authorities were also looking into whether community isolation facilities were suitable and how many students would be able to sit the exams in an individual isolation room instead of an examination hall with their peers.

Asked what would happen to students who tested positive using a RAT on the morning of their exams, Yeung said it “would be very difficult” to arrange closed-loop transport to bring infected students from an examination hall to a quarantine or isolation facility.

Responding to suggestions that one school per district could be set up as an “isolation exam centre” for students who tested positive on the day of their exam, Yeung said he had safety concerns about using campuses as accommodation for infected pupils.

“Our thinking is, if the student is infected or a close contact, then they should take the entire exam from an isolation or quarantine facility so as not to spread the coronavirus to teachers and other students,” the education minister said.

Yeung pointed out that pupils should not take exams if they were unwell or had a fever as it would harm their health and might affect their performance.

But a union official said he was concerned by the proposal to assign teachers who had recovered from the coronavirus to supervise special exam centres for candidates deemed close contacts.

Chairman of Hong Kong Education Workers Union Wong Kin-ho urged authorities to provide medical evidence that proved the chance of recovered patients getting infected again was smaller than those who had not caught the virus.

Identifying teachers who had caught the virus and recovered from it was another issue, Wong added.

“Some teachers were confirmed positive with Covid-19 by using rapid tests and they recovered themselves without consulting doctors or reporting their cases to the government,” he said.

Yeung Wai-leung, chairman of the Union of Government School Teachers, said the arrangement was unfair as all educators should have an equal chance of being chosen to oversee exams.

“Why don’t the authorities adopt last year’s arrangement at Penny’s Bay?” he said.

Lau Chun-hung, chairman of the Hong Kong Subsidised Secondary Schools Council, suggested that examinations should be postponed if the number of daily coronavirus cases continued to reach over 10,000.

“Setting up special exam centres for close contacts with the daily infections standing at over 10,000 is not feasible as the logistics of examination materials and transportation of students and invigilators should be taken into account,” he said.

The council chairman said that if the exams could still not be held after being postponed to first May and then June, they would be cancelled and students’ results would be based on internal assessments and schools’ past performance.

“The infected teachers will ask why they would be selected to take this risk. As a low risk of getting infected does not equate to no risks, and no one, including teachers, wants to bring the virus back home,” he said.

The number of candidates taking the DSE starting from April 22 has dropped to an all-time record low of 50,060, according to official figures released in January.

Lin Chun-pong, chairman of the Hong Kong Association of the Heads of Secondary Schools, said on Wednesday he hoped two different exam centres could be provided for infected students and those were considered close contacts, as the tests were crucial for their future.