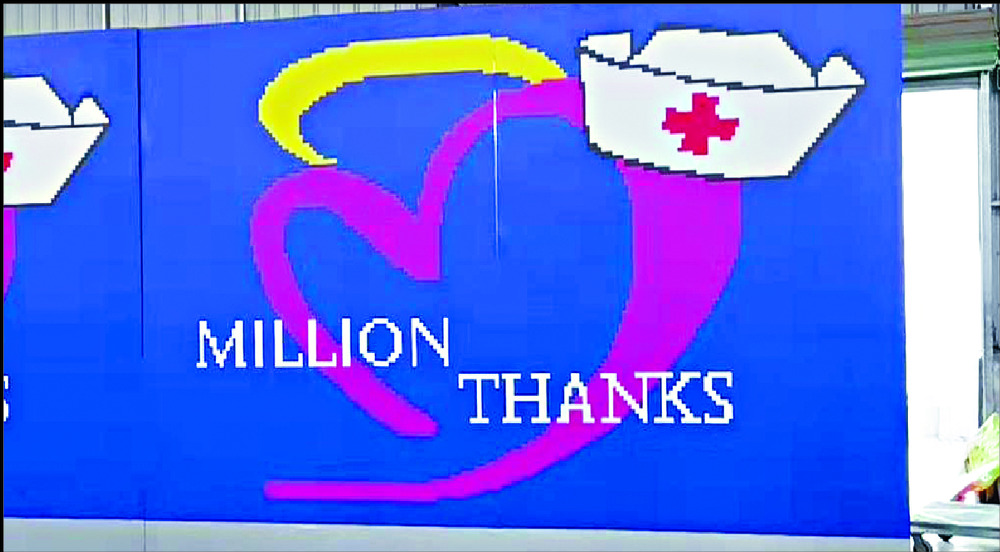 A painting with 50,000 origami "lucky stars" will be assembled in a charity event this Saturday, with the aim of breaking the Guinness world record set by a Japanese team this year.
"Lucky to have you" is a fund-raising event aimed at thanking medical workers and other unsung heroes who acted bravely during the pandemic.

The event, organized by Million Hearts Charity Service and Live Play Love, will be held at the Kowloon Bay International Trade & Exhibition Centre.

From 10am to 4pm, more than 500 participants shall produce over 50,000 origami stars to form a gigantic painting.

The stars will form an angelic heart and a nurse cap, symbolizing hope, love and gratitude.

"We think the origami stars are a symbol of hope and a blessing toward the future as we wish to see the light at the end of the tunnel during this global epidemic," Million Hearts Charity Service board member Simon But Chi-wing said.

The money raised will be donated to Yan Chai Hospital as well as used to help those who were hit hard by the pandemic, such as through providing free meals, cheaper medical services and other forms of assistance to the elderly and Covid-19 patients on the recovery path.

Those who are interested in participating may obtain tickets by donating between HK$1,000 and HK$3,600 on either Million Hearts Charity's or Live Play Love's website. They can also sign up as volunteers.

But said the organization took inspiration from Japan, as Achi village in Shimoina, Nagano, set the record for the "most people stargazing" after creating a large painting made up of 44,136 origami stars in March.

The event will be livestreamed on social media platform Yippi, which has gained popularity in southeast Asia.

Feature footage will later be shared on China's Douyin platform.

But added that the wish is to spread gratitude and the idea of love through social media and let the event be known worldwide.

But said the organization would launch a program for people with hearing or speech impairments to work in designated cafes, in hopes of providing job opportunities and a platform for them to contribute to society.
#COVID-19  #Covid
Add Comment