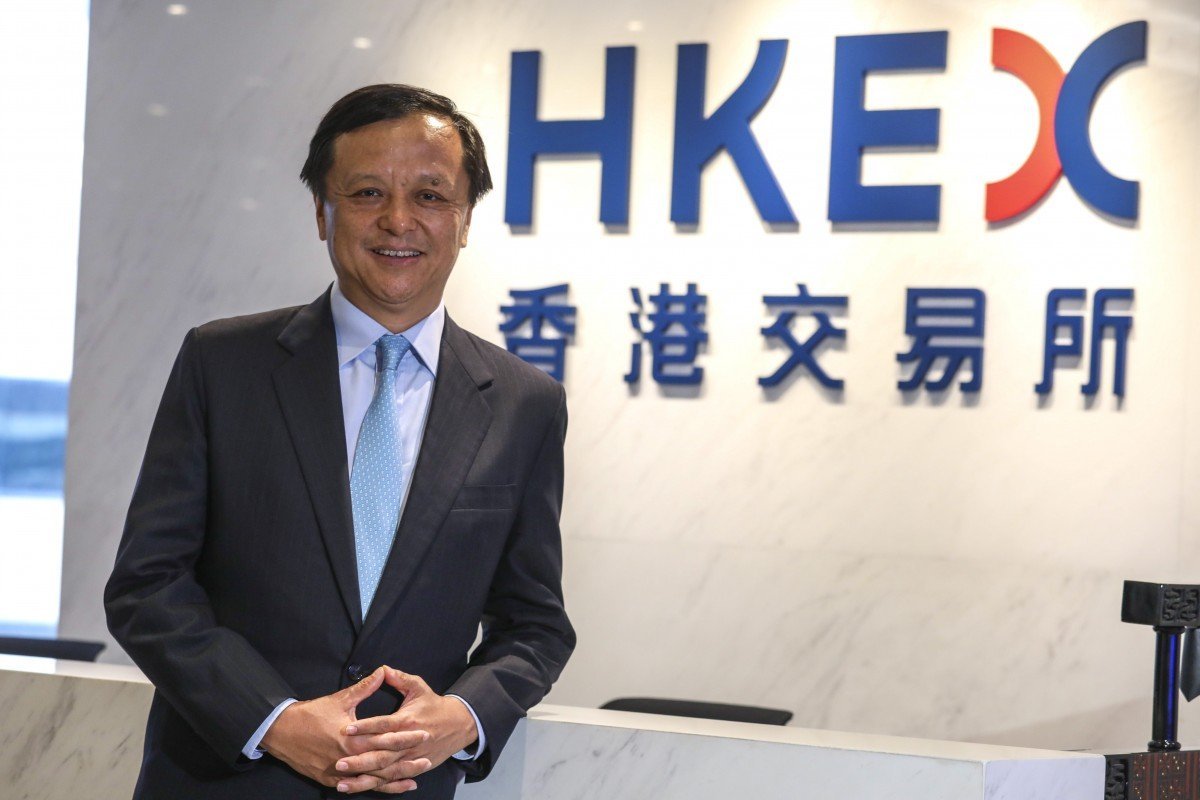 Sixty-four companies raised HK$92.8 billion in the first half, making Hong Kong the world’s No 2 IPO destination and helping the bourse operator to post a record first-half profit, while brokers are optimistic about the outlook.
The operator of Hong Kong’s stock exchange reported record first-half and quarterly profit on the back of rising market turnover and a wave of mainland Chinese tech giants seeking listings in the city amid rising political tension between Washington and Beijing.

Hong Kong Exchanges and Clearing (HKEX) said on Wednesday its profit rose 1 per cent to HK$5.23 billion (US$675 million), or HK$4.15 per share, in the first six months, beating analysts’ estimates of HK$4.9 billion in a Bloomberg poll. It is the highest since the HKEX was established in 2000, and the third year in a row that the exchange has broken its record for first-half earnings.

The second-quarter profit rose 14 per cent to HK$2.97 billion, also the highest on record and ahead of analysts’ forecasts of HK$2.698 billion. The South China Morning Post calculated the earnings for the three months to June 30 by deducting the first-quarter profit of HK$2.26 billion from the first-half profit.

The bourse operator’s previous highest quarterly profit came in the first three months of 2019, when it made HK$2.61 billion.

“HKEX had a very good first half, set against a turbulent and volatile macro backdrop, reporting record half-yearly revenue and other income, and profit,” said HKEX chief executive Charles Li Xiaojia in a results statement posted on the exchange’s website at lunch time.

Li said the strong earnings were because of high market turnover and initial public offerings, particularly the sizeable secondary listings, which offset softness in investment income caused by swings in global portfolio valuations during the period.

“With robust trading volumes, a strong IPO pipeline, and an expanding product portfolio, including the suite of newly launched MSCI index futures, I am confident that HKEX will continue to play a major role in connecting China and connecting the world,” he added.

Core business revenue rose 13 per cent to HK$7.94 billion in the six months to June, as trading fees and settlement fees increased because of surging market turnover, which averaged HK$117.5 billion per day during the period, 20 per cent higher than a year earlier.

Listing fees also rose as a result of more mega flotations, which included e-commerce platform JD.com and mobile games company NetEase. The two US-listed tech companies raised more than US$7 billion between them from their secondary listings in Hong Kong in June.

A total of 64 companies raised a combined HK$92.8 billion in Hong Kong in the first half of this year, an increase of 22 per cent from last year, making Hong Kong the world’s No 2 IPO destination.

“HKEX’s outlook remains positive in the second half as it is expected more US-listed tech firms will opt for listing in Hong Kong or Shanghai amid the political tension between the US and China,” said Kenny Ng Lai-yin, a securities strategist at Everbright Sun Hung Kai.

The record-breaking numbers were offset slightly by a 45 per cent decline of net investment income to HK$838 million.

The average daily northbound turnover via the stock connect – money heading in to trade Shanghai and Shenzhen stocks via HKEX – rose 69 per cent to a record 74.3 billion yuan (US$10.73 billion), while fund flows from the mainland exchanges to Hong Kong via the connect schemes rose 86 per cent to HK$20.7 billion a day.

Shares of HKEX, which are themselves listed on the Hong Kong stock exchange, have risen 50 per cent year to date to close at HK$379 on Tuesday. The market closed on Wednesday morning because of the typhoon, before the bourse operator’s interim results were announced during the lunch break.

The board declared an interim dividend of HK$3.71, slightly down from HK$3.72 per share last year.

Li will hold an online press conference this afternoon about the results.
Add Comment