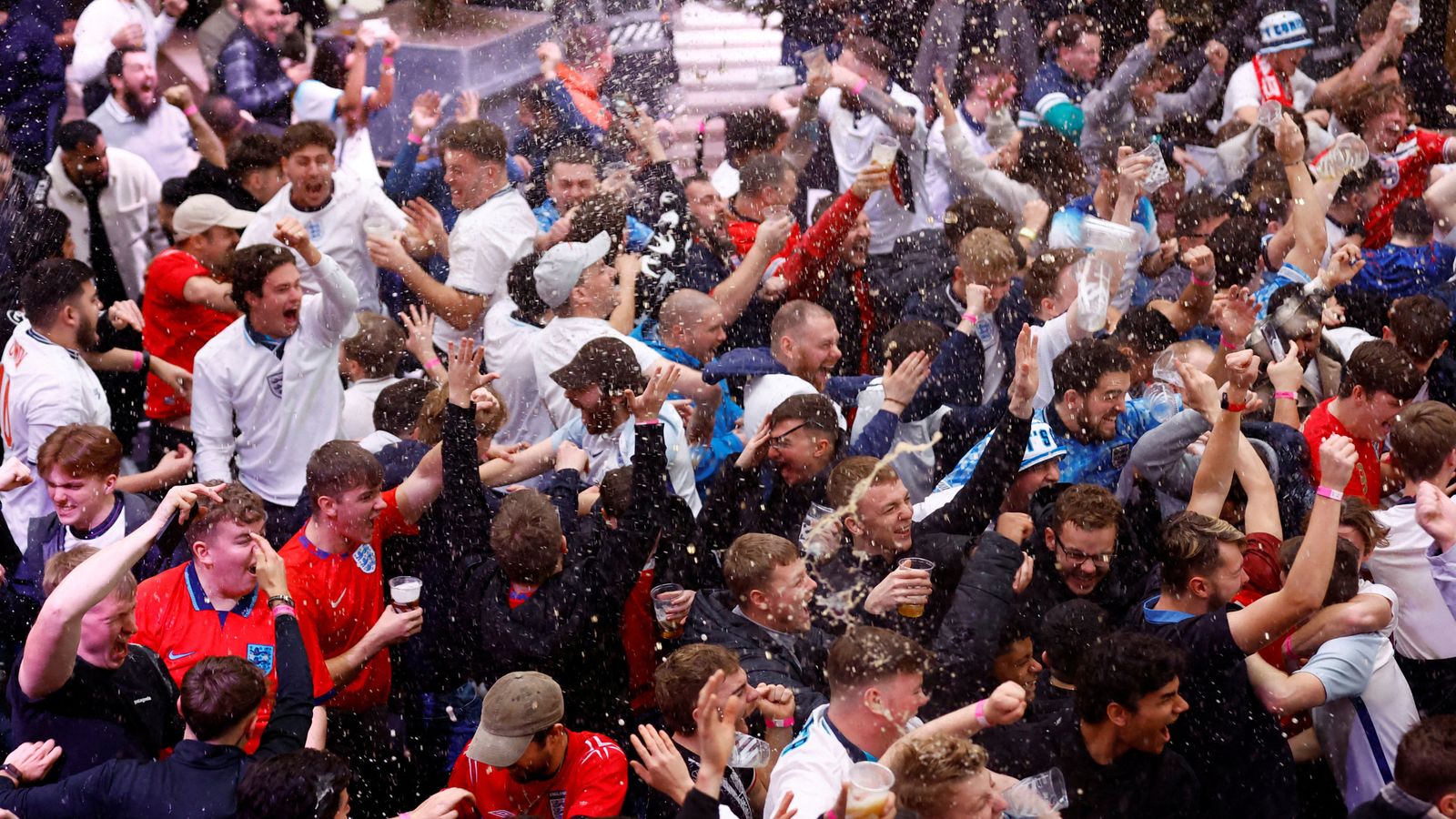 The economy grew by 0.1% in November, partly aided by the football World Cup, according to official figures which call into question predictions the UK is already in recession.
Data from the Office for National Statistics (ONS) showed pressure on demand from the effects of high inflation, but a boost from people packing pubs and bars to watch events unfold in Qatar.

Economists had predicted a negative growth figure - of around 0.2%.

The figure for November came on the back of a positive growth reading the previous month, largely explained by activity getting back to normal after disruption to output from the late Queen's death.

The additional bank holiday for the funeral in September saw most businesses close.

The Bank of England is among public bodies to have forecast that the UK fell into recession during the third quarter of 2022.

Should a reading by the ONS for the October to December period show a negative growth figure, then the economy will have met the criteria for recession: two consecutive quarters of contraction.

A fairly severe downwards shift in output last month is seen as unlikely.

The ONS said that gross domestic product (GDP) fell by 0.3% in the three months to November.

That incorporates the decline of 0.6% in output measured during September and the 0.5% recovery in October.

ONS director of economic statistics Darren Morgan said: "The economy grew a little in November, with increases in telecommunications and computer programming helping to push the economy forward.

"Pubs and bars also did well as people went out to watch World Cup games.

"This was partially offset by further falls in some manufacturing industries, including the often-erratic pharmaceutical industry, as well as falls in transport and postal, partially due to the impact of strikes.

"Over the last three months, however, the economy still shrank - mainly due to the impact of the extra bank holiday for the funeral of Her Majesty Queen Elizabeth in September."

He told BBC Radio 4's Today programme that the economy would need to shrink by 0.6% or more in December for the fourth quarter of 2022 to contract as a whole - triggering a technical recession.

The prospect of avoiding such a downturn is easing not only in the UK but across Europe and in the US too, but it does not mean that all is rosy.

Business groups warned that many sectors were struggling - and needed the support of government to protect jobs as energy-led costs continue to stifle orders and investment.

Pressure on squeezed consumers too is set to intensify as the Bank of England is still forecast to maintain interest rate increases to help inflation ease over the first half of 2023, raising bills in the process as mortgage costs climb.

In its reaction to the GDP data, the living standards-focused think-tank the Resolution Foundation said that while a 2022 recession was now likely to have been avoided, family incomes were still shrinking.

Jonathan Moyes, head of investment research at the Wealth Club investor service, said of the UK's prospects: "We have seen retailers report stronger than expected earnings reports for Q4 over the past week, and it appears a stronger than expected consumer services, and services more broadly, have helped the UK economy defy gloomy expectations.

"It may be too soon to mark the beginning of a turn in sentiment for the UK, but a quiet consensus appears to be forming.