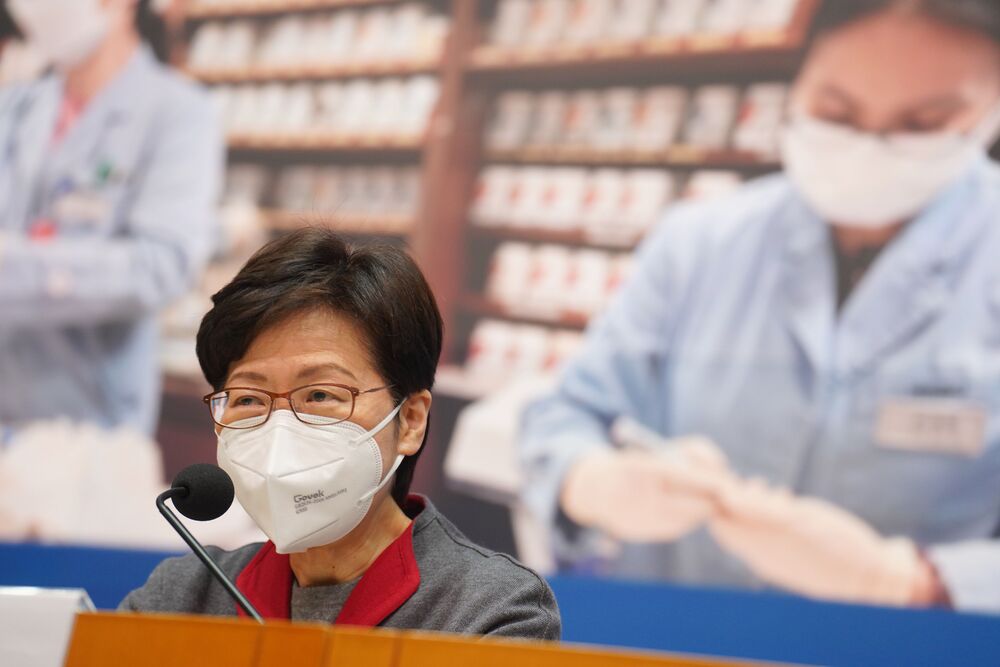 Chief Executive Carrie Lam said she will announce her decision on whether to seek re-election in due course, as she called upon citizens to "wait a bit longer."
Answering a question in a daily anti-epidemic press conference on Sunday, the first day of nomination period for the Chief Executive Election on May 8, Lam said now is not the right time for her to make such announcement.

It was the first time she answered such question directly, instead of saying her top priority is to fight the ongoing Covid wave.

Authorities on Saturday announced CE election candidates will be exempted from social gathering bans. Lam explained that the waiver is necessary because candidates need to get in touch with Election Committee members for nomination, and they will also have to conduct public campaigns.

The threshold for one to become a CE candidate has been increased following electoral changes passed in May last year.

Each Election Committee member may nominate only one candidate, and the nomination shall not be withdrawn or revoked.

CE election candidates can only submit their nomination forms from 9am to 5pm, Monday to Fridays, meaning they can only make their applications on Monday the earliest.

Despite earlier rumors about the election, no heavyweights have come forward saying they will join the race.

It was understood that Beijing will allow officials of the current administration not to resign even if they decide to stand in the election, considering they have to keep working to fight the pandemic.
#Covid
Add Comment