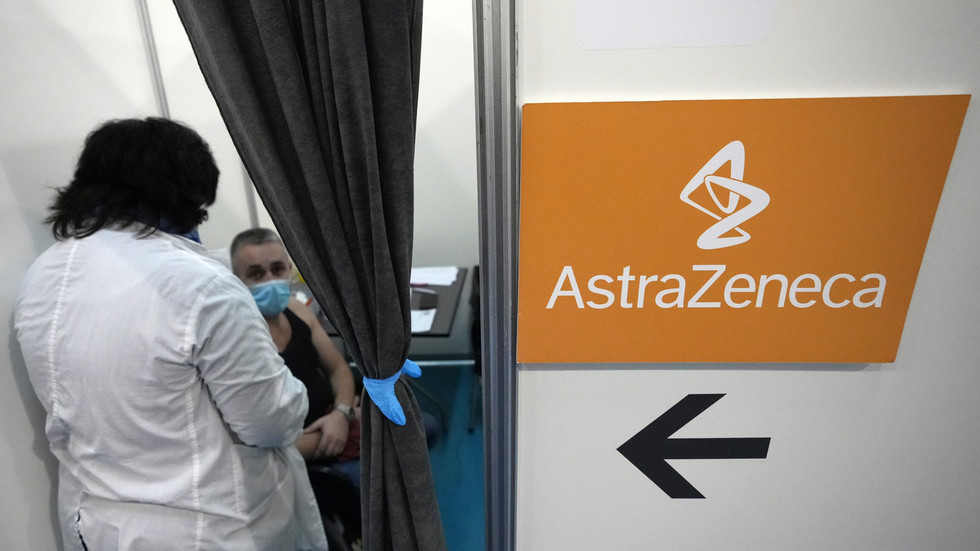 Rare condition listed as possible side effect of Covid-19 shots

The EU’s drug watchdog is warning of a ‘very rare’ spinal cord inflammation possibly related to the AstraZeneca and J&J vaccines
The European Medicines Agency wants to put warning labels on Covid-19 jabs made by AstraZeneca and Johnson & Johnson, saying there was a “reasonable possibility” they may have caused a spinal inflammation on rare occasions.

Following three days of meetings and discussions, the EMA’s Pharmacovigilance Risk Assessment Committee (PRAC) said on Friday it wants to include a warning for “very rare cases of transverse myelitis (TM) reported following vaccination” with the Vaxzevria and Janssen jabs. It is also adding the condition as an “adverse reaction of unknown frequency” to the vaccine profile.

The EMA describes TM as a rare neurological condition characterized by an “inflammation of one or both sides of the spinal cord,” which can cause weakness in arms or legs, tingling, numbness, pain – or loss of pain sensation – and problems with bowel and bladder function.

The recommendation comes after the PRAC reviewed available information on reported cases worldwide and scientific literature, concluding that “a causal relationship between these two vaccines and transverse myelitis is at least a reasonable possibility.” However, it said the “benefit-risk profile of both vaccines remains unchanged.”

The warning is intended to “raise awareness among healthcare professionals and people receiving the vaccines.” Doctors were told to be on alert for signs and symptoms of TM, while recipients were urged to “seek immediate medical attention” if they develop the symptoms.

Last month, the EMA approved the Janssen jab as a booster for people aged 18 and older, to be given at least two months after previous vaccinations.

The PRAC also revised the product information for AstraZeneca’s Vaxzevria, to reflect that far fewer cases of thrombosis with thrombocytopenia (TTS) – blood clotting with a low platelet count – have been recorded after the second dose of the jab, compared to the first.

The use of AstraZeneca’s vaccine, developed with Oxford University, has already been scaled back due to the “ultra rare” side effect, which UK government statistics last summer estimated at around 14.9 per million doses of the jab. A study published in December blamed a very specific issue with Vaxzevria’s adenovirus vector.
#AstraZeneca  #Vaccines  #COVID-19  #Johnson  #vaccine  #Covid
Add Comment