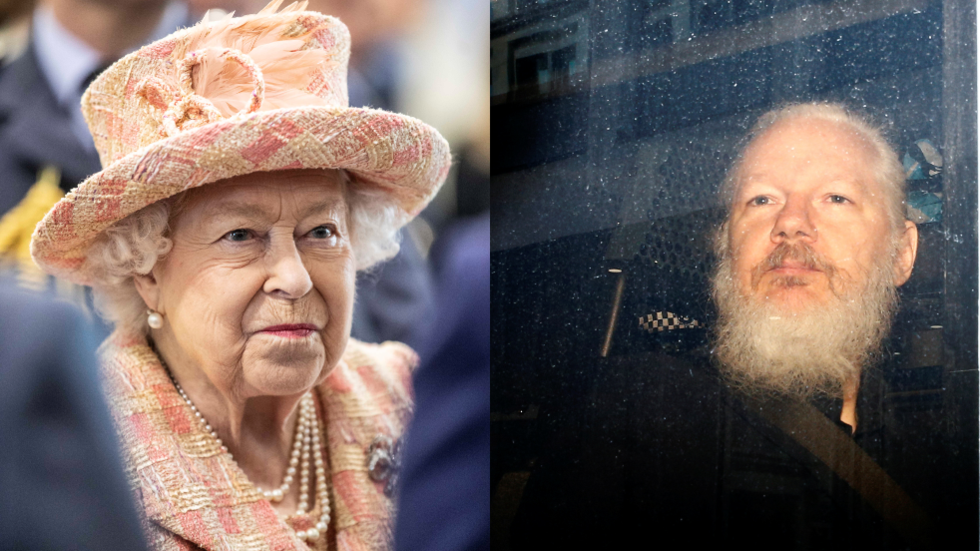 A Buckingham Palace spokeswoman has said the Queen will not intervene to release Julian Assange, vowing to remain “non-political.” The statement seemingly confirms that Assange’s detention is a political, not criminal, matter.

With WikiLeaks founder Assange holed up in HM Prison Belmarsh awaiting extradition to the US, activist Chris Lonsdale penned a letter to Queen Elizabeth II last month, asking the monarch to “ensure that Mr. Julian Assange is freed from Belmarsh Prison unconditionally,” in the spirit of “justice, peace and fair-mindedness.”

In a reply posted by Lonsdale on Sunday, a spokeswoman for the Queen said that Her Majesty “remains strictly non-political at all times,” and Assange’s detention is therefore “not a matter in which the Queen would intervene.”

I have received a reply back from Buckingham Palace following my letter & petition to the Queen in support of #JulianAssange some weeks ago. The response says, basically, that the Queen cannot intervene in issues which are Political. This should be used in court. pic.twitter.com/GJVRiAXcTV

Assange’s supporters have long argued that his arrest and imprisonment are motivated by politics, not justice. Assange has languished in Belmarsh since his arrest inside London’s Ecuadorian embassy last April, ostensibly on charges of skipping bail in 2012. He is also facing extradition to the US to answer to a litany of espionage charges, related to WikiLeaks’ publication of classified US military documents detailing potential war crimes in Iraq and Afghanistan. If convicted, he faces 175 years in prison.

Buckingham Palace’s response seemingly admits that Assange is being persecuted on political grounds.

Assange’s health has been in steady decline since his incarceration. Following a visit to Assange in May, UN rapporteur on torture Nils Melzer declared that the former WikiLeaks boss showed “all the symptoms typical for prolonged exposure to psychological torture.”

Melzer added that Assange could be “exposed to a real risk of serious violations of his human rights… including torture and other cruel, inhuman or degrading treatment” if he were extradited to the US.

“In 20 years of work with victims of war, violence and political persecution I have never seen a group of democratic States ganging up to deliberately isolate, demonise and abuse a single individual for such a long time and with so little regard for human dignity and the rule of law,” Melzer said. “The collective persecution of Julian Assange must end here and now!”