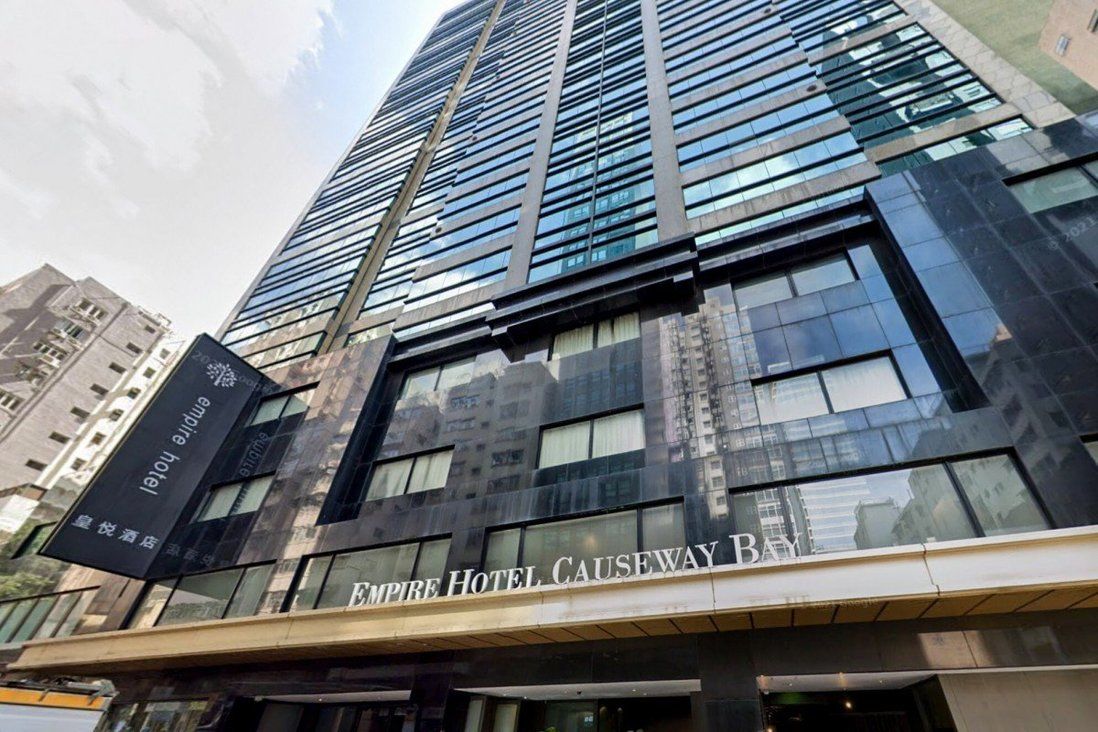 Singaporean Anthony* and his wife were greeted by a foul smell of mould when they stepped into their room at the Empire Hotel in Causeway Bay to begin their 14-day quarantine in Hong Kong.

He had a pack of disinfectant wipes, but quickly realised that almost every surface and corner of the room was filthy. There was mould everywhere, stains on the walls and visible dirt on the carpet.

“We saw the problems in the room immediately as we walked in,” said Anthony, a 43-year-old IT manager. “When I picked up the phone to call the front desk, my hands got dirty with dust.”

A WhatsApp group of 22 guests at the hotel at the same time showed that the situation was no better in other rooms, he added. 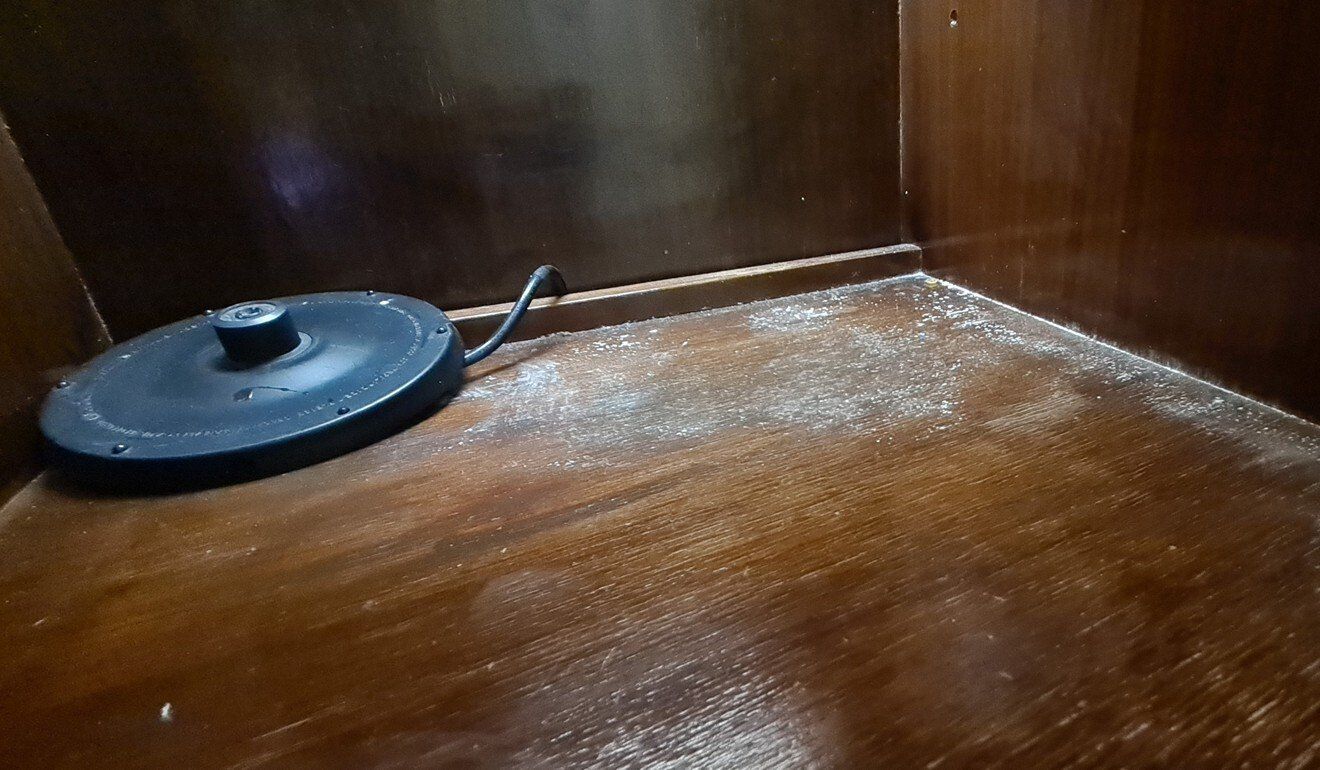 Dirty shelves at the Empire Hotel in Causeway Bay.

The hotel offered two dehumidifiers, but did not let them change rooms, even after Anthony and his wife described their situation on social media with photos.

Anthony said he had no choice but to book the Empire Hotel at HK$1,500 (US$193) per night after calling all 36 quarantine hotels one by one before his trip to visit relatives.

In the end, he and his wife remained there until their quarantine ended on September 18.

Shown photographs of the bad conditions endured by quarantined visitors like Anthony circulating on social media, respiratory disease expert Leung Chi-chiu said: “It’s quite unacceptable. From what I can conclude, the cleaning was not done properly.” 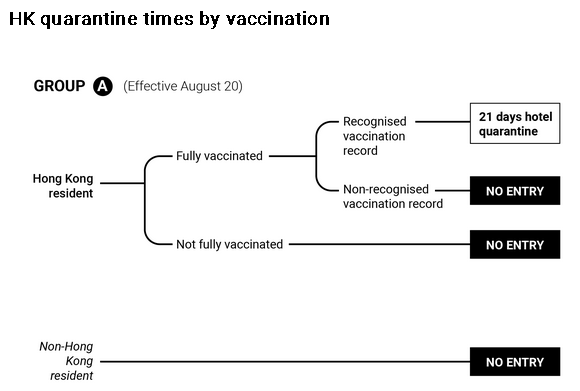 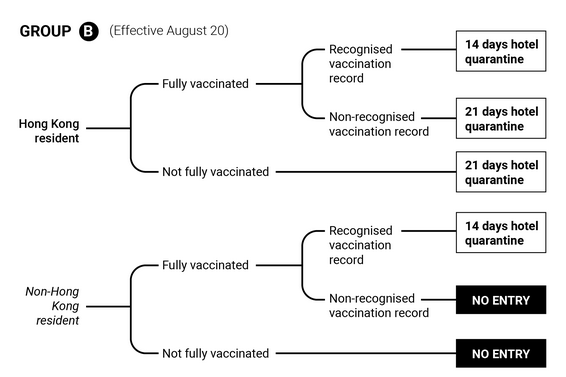 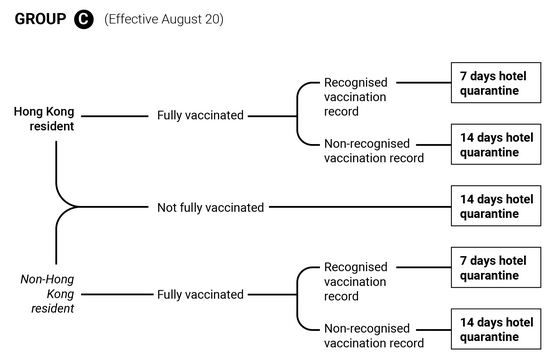 Nearly all travellers to Hong Kong have to spend two or three weeks in quarantine, depending on the risk category of the country they arrive from.

Several have complained of suffering in some of the city’s worst-rated hotels, finding mould, mildew, trash and hair in their hotel rooms.

The city’s Department of Health forbids quarantined guests from stepping out of their rooms, and no housekeeping service is permitted for the entire period to prevent cross-infections. Most hotels also do not allow guests to open their room window.

Travellers have complained of difficulty in securing one of about 10,000 rooms on the government-approved list of 36 designated quarantine hotels. 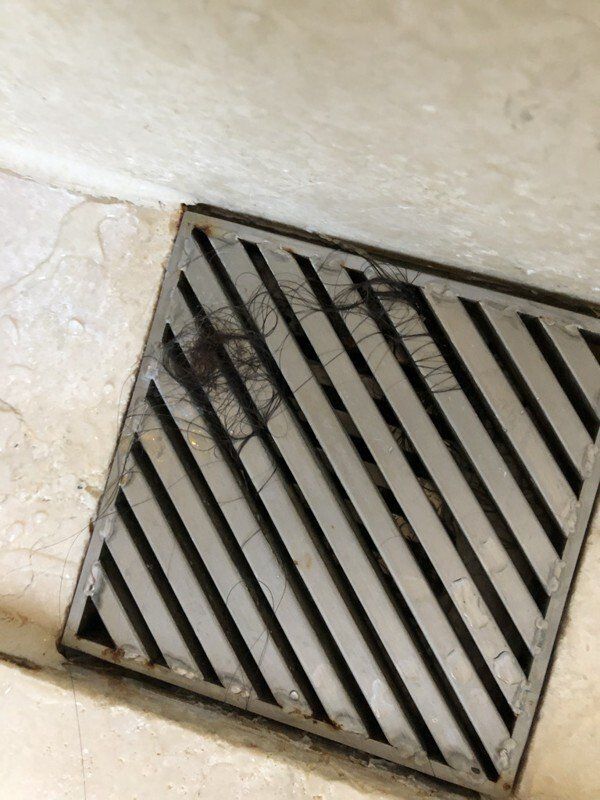 Traveller Eric Wishart found a bundle of hair clogging the shower drain in his room at the Empire Hotel.

Eric Wishart, a veteran journalist staying at the Empire Hotel since arriving from Britain on September 4, found a bundle of hair clogging the shower drain and a discarded condom wrapper beneath his bed.

As city authorities consider Britain a high-risk country, he has to endure quarantine at the hotel for three weeks until September 25.

A spokesman for the Empire Hotel and Empire Prestige Hotel in Causeway Bay said its management had been “reviewing and refining” its operations following complaints from guests.

It said that since September 1 it had a team of 42 fully vaccinated, experienced, full-time employees catering to all operations related to its quarantine operations.

But it did not answer the Post’s questions on whether its rooms had been inspected before being added to the list of quarantine hotels, or address the complaints about mould. 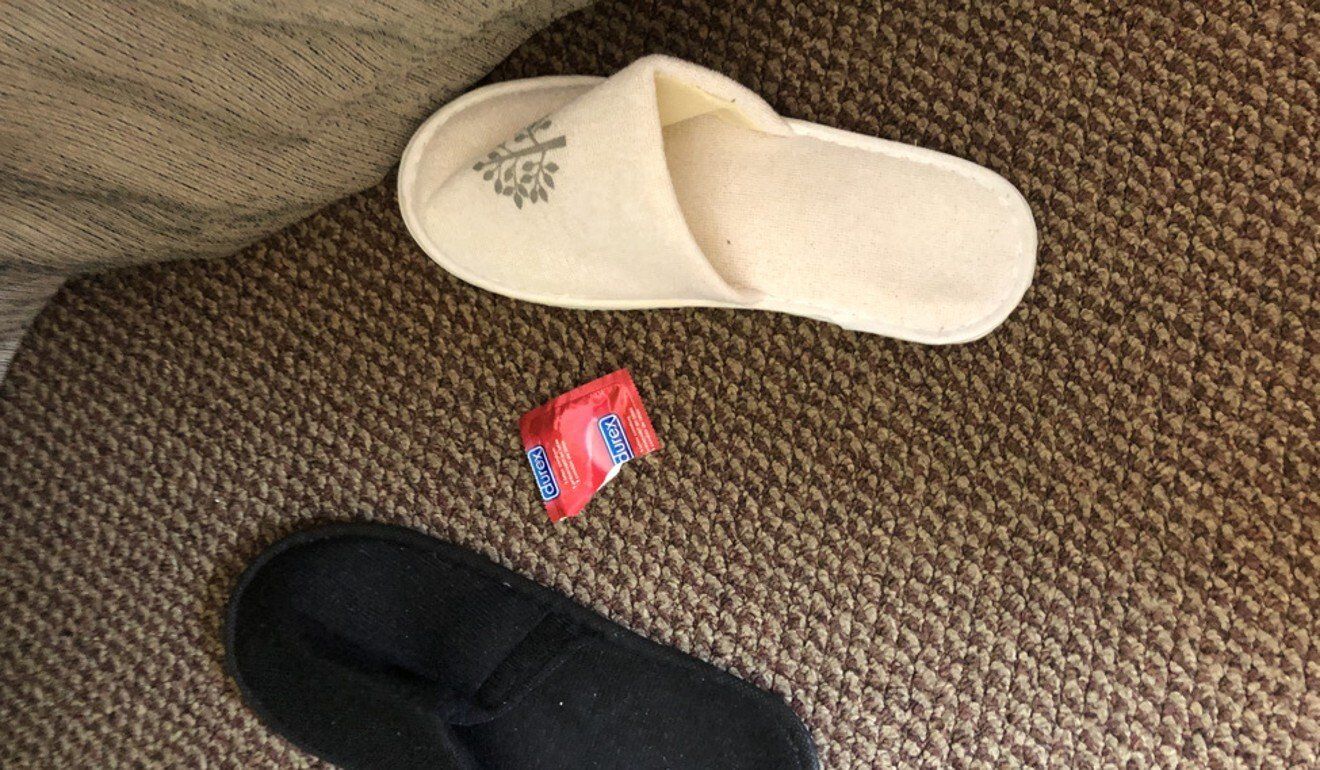 A discarded condom wrapper found at the Empire Hotel in Causeway Bay.

The Federation of Hong Kong Hotel Owners did not respond to queries on the hygiene concerns. Meanwhile, a Food and Health Bureau spokesman said it could not make public the operational guidelines it issued to designated quarantine hotels.

While Hong Kong has managed to keep its coronavirus infection and death numbers low, the city is struggling to reopen as authorities remain intent on their “zero-Covid” goal.

The health authorities have imposed some of the world’s longest quarantine periods, and do not recognise all vaccination records either, as part of measures to limit importing infections and mutating coronavirus variants.

Respiratory disease expert Leung said he was concerned the poorly sanitised rooms might increase the risk of cross-infection for Covid-19 and other diseases.

He said it was common for quarantine hotels to use bleach to wipe down all surfaces, but said it was evident from the photos on social media that not enough was done to remove rubbish from the rooms.

Even if a room was properly disinfected, he said, the presence of dirt, dust and biological waste such as hair or nail clippings was “unsanitary” and could raise the risk of fungal and bacterial growth.

Quarantine guests at other hotels have also encountered similar problems. 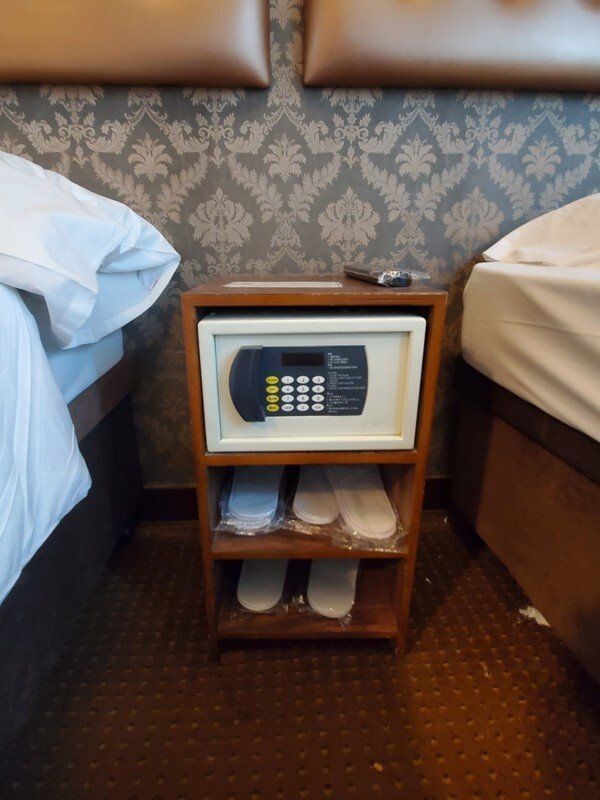 Guests at the Ramada Hong Kong Harbour View have found trash and stains on the carpet in their rooms.

Canadian citizen Nelson Cheung, 35, made an urgent trip back after his father, whom he had not seen in two years, died in August.

With no luck after calling all the listed quarantine hotels, he grabbed an offer for “one room left” on a third-party travel website.

He booked 14 nights at the Ramada Hong Kong Harbour View in Sai Ying Pun at HK$420 per night, which included three meals daily.

“I didn’t really care which hotel it was as long as I’d be able to attend the funeral in time,” he said.

But after the 20-hour-long flight from Vancouver, and the orderly immigration and health procedures at the airport, he was greeted by unfriendly staff at the hotel.

Worse followed. He said his room smelled of mould, there were stains on the carpet and drippings on the wallpaper. The bathroom sink and bathtub did not drain well either.

The food provided by the hotel also often came with rancid-smelling rice and odd sauces with meat.

“I felt like I was being treated like a dog. All I did was wait for food to come to me, and sadly, it didn’t even taste good,” he said.

“I had to pay for this service and I feel totally ripped off. I mean, give guests the basics – a clean room, decent food, a balanced meal with one piece of fruit.” 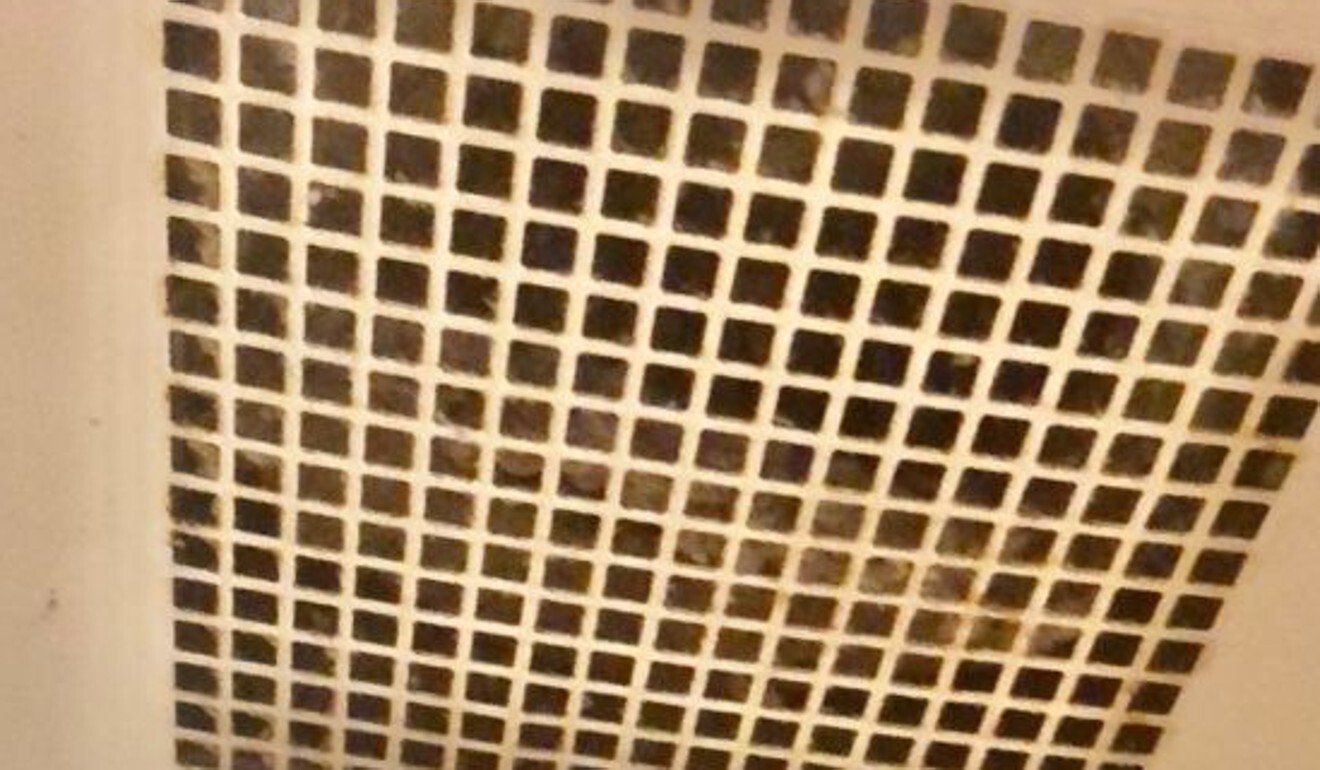 A dusty air vent in one of the rooms at Best Western Causeway Bay.

A couple who arrived from Italy on September 9 but wished to remain anonymous said they found hair and nail clippings on the floor of their room at the Ramada Hong Kong Grand in Tsim Sha Tsui.

“We had to reuse tea bags as a sponge to scrub the washroom sink before we could get any cleaning supplies,” they said.

A group operating manager of Ramada Hong Kong Grand told the Post on Wednesday in an emailed reply the hotel was “surprised and disappointed” at the allegations concerning cleanliness.

“Hygiene, safety and food quality were assured but with so many guests from different places on earth, we cannot please everyone with their choice of food. All our meals are from well-known catering firms,” he said.

“We provide accommodation with three meals along with choices of Western, oriental, vegetarian meals all below HK$500 per day. We believe we are providing the best value for the price guests are paying,” he said.

The manager also blamed guests who “frequently make a mess of rooms, drop food on the carpet and open windows with air-conditioning blasting, causing condensation on the walls and air vents, causing mould and stains”.

He added: “Our professionals have tried their utmost to maintain hotel standards but how they mess up the rooms during their 14- to 21-day stay is beyond our control.”

A spokesman for Magnificent Hotel Investments Limited, which owns the Ramada and Best Western hotel brands in Hong Kong, told the Post on Thursday: “We will treat this very seriously and share with the related department heads and team members to ensure we are all meeting the hotel standard and procedures.

“Also, we will schedule to inspect all guest rooms after each guest departure and do anything possible to avoid this happening again.” 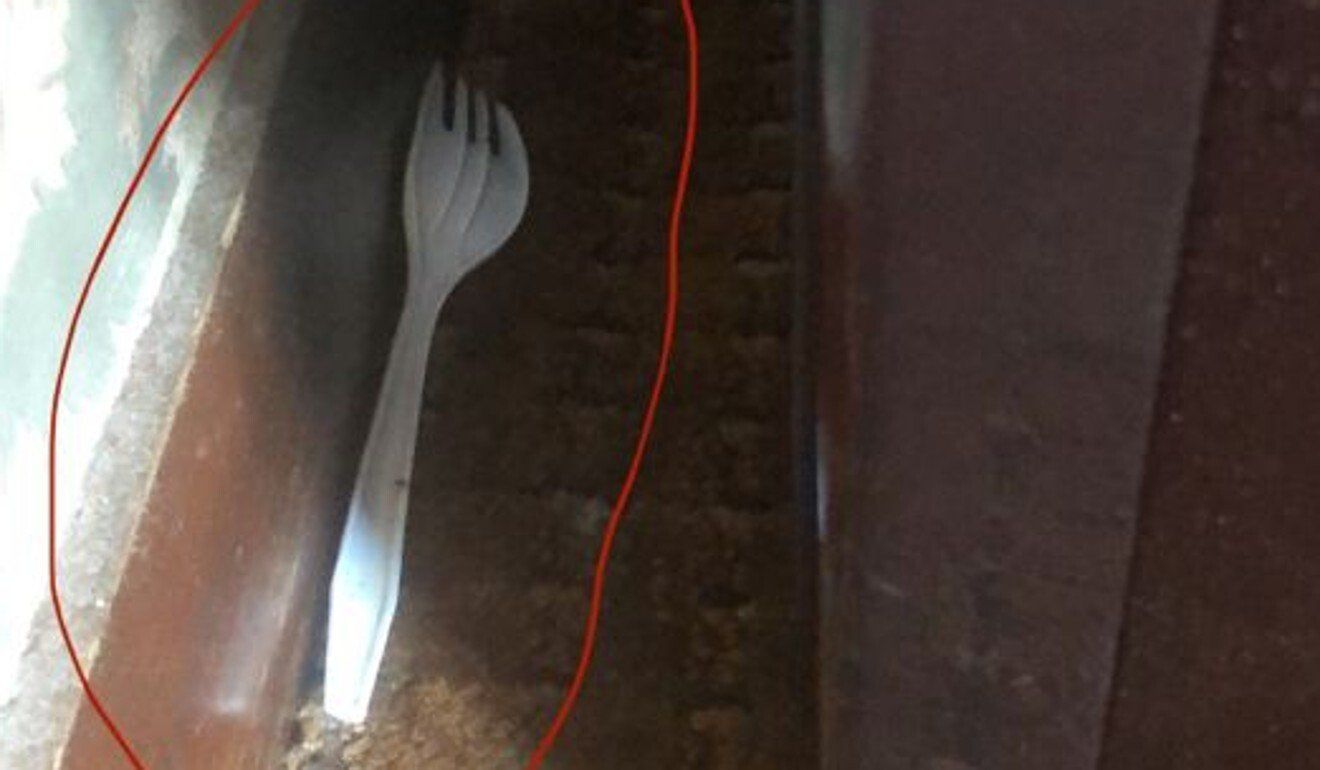 A guest found used cutlery by the bedside table while staying at Best Western Causeway Bay in mid-June.

A flight attendant for a European airline, who gave her name as Angelina, 30, was in quarantine twice when she visited her husband who works in the city.

She described her first two-week quarantine at the Nina Hotel Island South in April as “pleasant”.

But rooms were hard to come by when she visited again in mid-June and she settled for Best Western Causeway Bay.

While moving the furniture around to settle in, she found a gummy candy on the floor and used cutlery by the bedside table. There were also black stains, presumably mould, on the shower curtains.

She called for a vacuum cleaner to remove the dust on the carpeted floor herself, but was given an old broom with hair stuck in the bristles and a cracked dustpan.

“I don’t think I’m a fussy person or have too high expectations, but I can surely say the basics were not met at all,” she said.