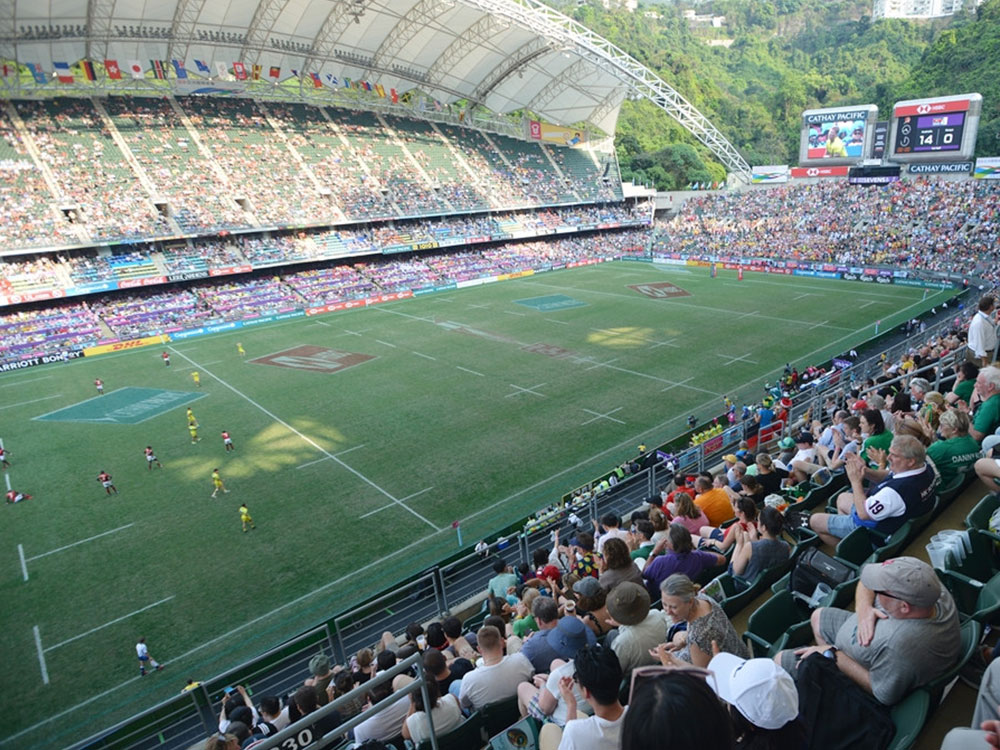 Overseas visitors of Hong Kong Sevens may still have to undergo quarantine before they were allowed to watch the games live at the Hong Kong Stadium, said Election Committee sector lawmaker Nixie Lam Lam.
Her comments came as the long-awaited Hong Kong Sevens will be returning from November 4 to 6 after the Hong Kong Rugby Union has been granted approval by the government.

Speaking on a radio program on Monday, Lam said the Hong Kong Stadium hosting the games will most likely be allowed to operate at 85 percent of its capacity, and that overseas visitors may still have to undergo quarantine before attending the games in person.

Meanwhile, the Rugby Union’s chief executive, Robbie McRobbie, said he anticipated strong local demand for the event, with fewer overseas visitors to the tournament this year, given the city's quarantining of arrivals.

McRobbie said the event would be Covid-compliant, meaning under current rules, people must wear masks when not eating and drinking. He also said international teams supported being in a closed-loop system.

“The closed-loop system does involve taking over an entire quarantine hotel for the duration of the stay of the teams, so there are significant costs that will be incurred through that.

“We wouldn’t have pushed the button if we weren’t confident it was affordable and feasible to go ahead but yes, we will continue to engage with the government over the coming weeks to see how they can help support us,” he added.

Speaking on the same program, the Commissioner for Sport Yeung Tak-keung noted that the government has been in discussions with the union for the past two months about bringing the mega event back.

However, Yeung said while drinking will be allowed in the stands, eating will not be. He said people will need to eat at so-called “eating outlets” instead.

"For eating, you need to take off the mask, and we want to reduce and minimize the mask-off activities at the spectator stands," Yeung said.

"We want the spectators to observe the rules themselves, and also, the Rugby Union will send people around to remind people to put their masks back on after drinking."

Separately, Secretary for Culture, Sports and Tourism Kevin Yeung Yun-hung said players will have to enter closed-loop management and will only be allowed to move between the airport, their hotel and the sports venue.

Yeung said the Sevens is one of the SAR's landmark events. He said some people misinterpret the event as a carnival for foreign travelers and think that rugby players only come to Hong Kong for drinks and parties.

But he said that is not the case, as sports players observe a strict lifestyle and diet and usually do not drink during competitions.
#Covid
Add Comment