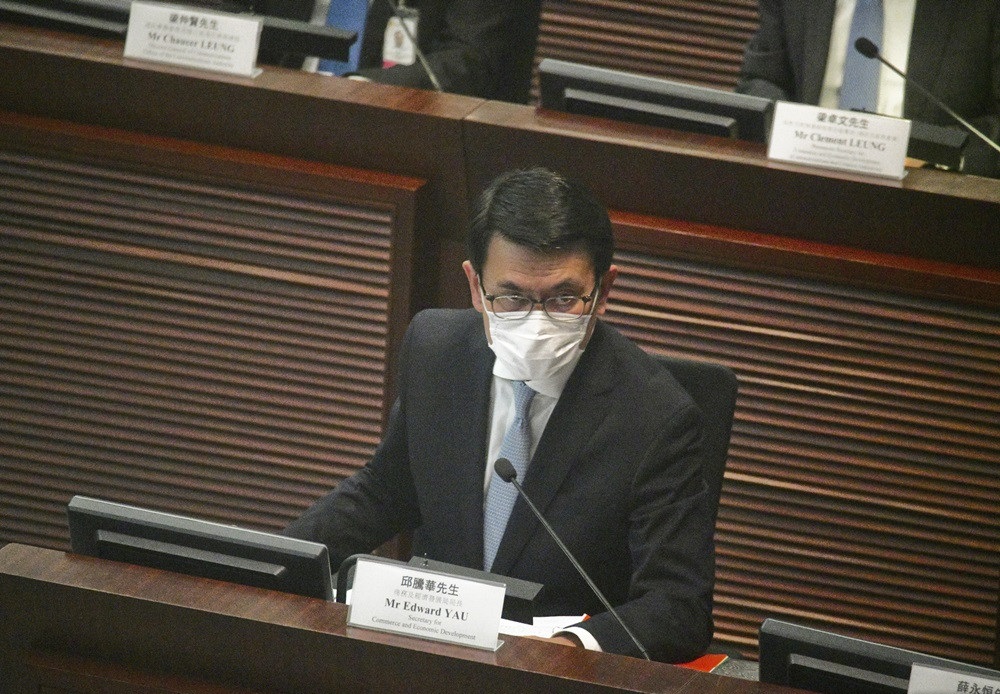 Quarantine exemption for HK businessmen from mainland may be scrapped

Authorities are mulling to scrap quarantine exemption for Hong Kong businessmen from the mainland, so that tighter border restrictions can facilitate the border reopening with Shenzhen, said Secretary for Commerce and Economic Development Edward Yau Tang-wah.
Yau told lawmakers on Tuesday that the Return2hk and Come2hk quota-based schemes are already in place for Hongkongers and mainlanders to come to Hong Kong without a quarantine, and that it is unnecessary to open another pathway exclusively for Hong Kong-mainland businessmen and logistic workers.

He was responding to lawmakers who criticized the large variety of quarantine exemptions in the SAR, which has created loopholes for imported cases to get into the community and made border reopening with mainland “a mission impossible.”

Earlier Tuesday, Chief Executive Carrie Lam Cheng Yuet-ngor said the SAR will soon end most of its quarantine exemptions for overseas and mainland travelers as the city is under pressure from Beijing to further tighten border policies, in order to resume cross-boundary travel with mainland.

But Yau told lawmakers that Chief Secretary for Administration John Lee Ka-chiu will make decisions after balancing the economic and public health risks.

"It is not just saying that we should give up the foreign countries because of the mainland,” he said.

In response to concerns on Covid-19 hard hit tourism industry, Yau said not that many travel agencies have closed during the pandemic.

He said authorities will allow agencies that have closed during the pandemic to reopen when global travelling resumes.

For employees of related industries that have switched to other career paths, he said authorities have provided them with re-employment support and opened job vacancies in vaccination centers for them.
#COVID-19  #Covid
Add Comment