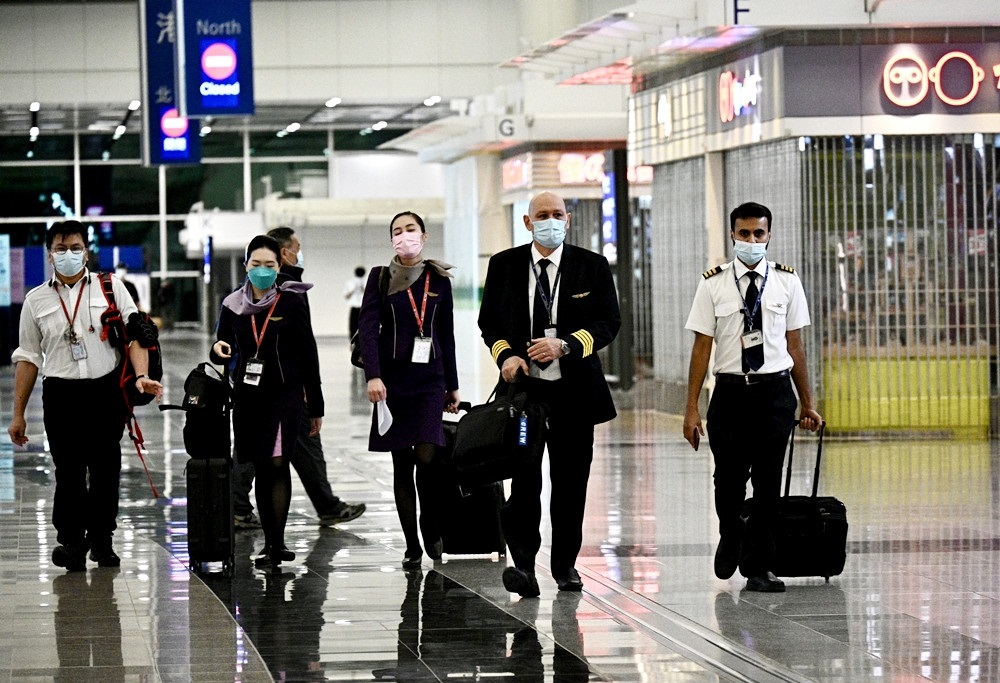 Quarantine exempted for Cathay aircrew who stayed in a German hotel

Health authorities on Saturday lifted the quarantine requirement for over 100 Cathay Pacific aircrew who had stayed at the same Frankfurt hotel as the three pilots who contracted Covid-19 after leaving the hotel and visiting other places.
Two of the three pilots returned to Hong Kong from Germany on the same flight on November 6; the other returned the next day. They were diagnosed with the Covid-19 Delta variant upon their arrival.

In an earlier investigation by the Centre for Health Protection, the trio claimed they had not left their hotel rooms during their stay in Frankfurt, implying that they caught Covid in the hotel.

The center received an investigation report regarding the three cases from Cathay Pacific on Thursday evening and followed up with the cases for their itinerary during their layover in Frankfurt. The pilots subsequently admitted that they had left the hotel rooms and visited places in the hotel premises multiple times and had met with each other or friends outside the hotel.

According to the government's quarantine exemption arrangement for aircrew, they must self-isolate in their hotel rooms arranged by the airline during layovers.

"The individuals concerned are no longer employed by Cathay Pacific," the airline said on Thursday, indicating that the three pilots have been sacked.

Aircrew, who had stayed at the same hotel as the three pilots, were sent to undergo quarantine earlier. The requirement for 111 aircrew members was waived today as the investigation found they had no contact with the three pilots outside the hotel.

They have been released from the quarantine center today and sent home. Yet 10 aircrew members were listed as close contacts and will continue their quarantine.

Cathay was pleased with the news that aircrew members who have been undergoing quarantine “solely because they stayed in the Mainz Hotel” have now been sent home.

“We will continue to support a number of our aircrew who remain in the facility and provide all necessary assistance,” the airline added.

The center said it will further investigate if any of the pilots have broken the law and provided inaccurate information to hinder the public health investigation work. Enforcement actions will be taken, if necessary, the center warned.