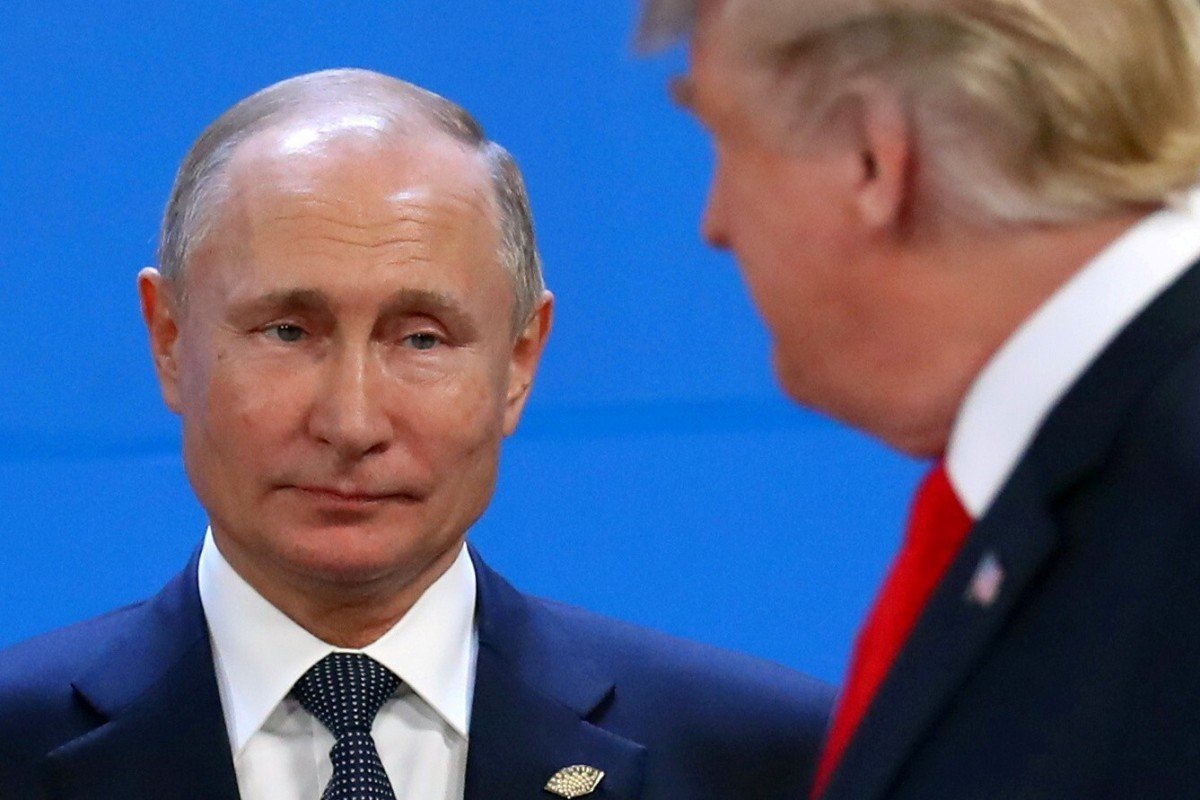 Russian President Vladimir Putin said that he saw nothing criminal in Hunter Biden’s past business ties with Ukraine or Russia, marking out his disagreement with one of Donald Trump’s attack lines in the US presidential election.

Putin was responding to comments made by Trump during televised debates with Democratic challenger Joe Biden ahead of the November 3 election.

Trump, who is trailing in opinion polls, has used the debates to make accusations that Biden and his son Hunter engaged in unethical practices in Ukraine. No evidence has been verified to support the allegations, and Joe Biden has called them false and discredited.

Putin, who has praised Trump in the past for saying he wanted better ties with Moscow, has said Russia would work with any US leader, while noting what he called Joe Biden’s “sharp anti-Russian rhetoric”.

Putin appeared less friendly towards Trump in remarks broadcast by Russian state TV on Sunday. In what may be seen by some analysts as an attempt to try to curry favour with the Biden camp, he took the time to knock down what he made clear he regarded as false allegations from Trump about the Bidens.

“Yes, in Ukraine he (Hunter Biden) had or maybe still has a business, I don’t know. It doesn’t concern us. It concerns the Americans and the Ukrainians,” said Putin.

“But, well yes he had at least one company, which he practically headed up, and judging from everything he made good money. I don’t see anything criminal about this, at least we don’t know anything about this (being criminal).”

Putin also reacted with visible irritation when asked about comments Trump has made concerning Putin’s ties to the former mayor of Moscow, and to an alleged payment made to Hunter Biden by the ex-mayor’s widow. Putin said he knew nothing about the existence of any commercial relationship between Hunter and the woman. Joe Biden said the accusation about his son was not true. 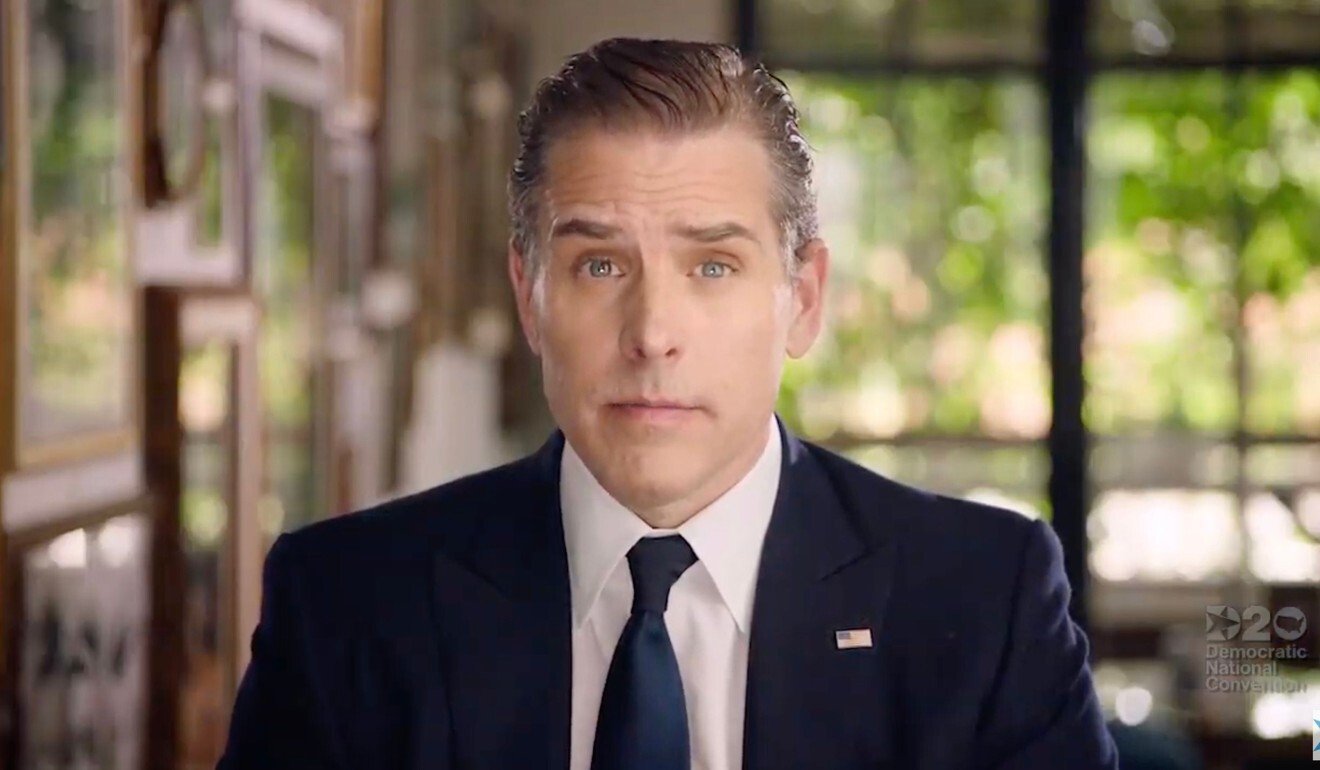 In another sign that Moscow could be preparing for a possible Biden victory, Putin earlier paid tribute to the Democratic Party, which he said shared the same left-wing values that he had grown up with as member of the Communist Party in the USSR.

He even praised “candidate Biden”, because he was in favour of extending a landmark nuclear treaty.

Analyst Alexander Shumilin of the Russian Academy of Sciences described the comments as opportunistic.

“He saw that he (Biden) had better polls,” Shumilin said.

In an interview with Russian TV in early October, Putin complained that since the start of the Trump administration, Russia had been targeted by sanctions 46 times.

This included the imposing of new sanctions or the expansion of already existing measures.

“You have to look at things objectively,” he said. “The intentions President Trump spoke of earlier have not come true”.

Not only has the question of Russian interference always loomed over Trump’s presidency, the two countries have accumulated disagreements on several global issues.

Washington has stepped up its military deployment in Syria after tensions with Russia, which is the main backer of the regime of President Bashar al-Assad.

The US Electoral College: how does it work and why does it exist?

The United States also withdrew from two major international accords – the Iran nuclear deal and the Open Skies treaty – and pulled out from a centrepiece arms control agreement with Russia, the Intermediate-Range Nuclear Forces (INF) treaty.

Moreover, Washington imposed sanctions on companies involved in the construction of the Nord Stream 2 gas pipeline, a joint venture between Russia and Germany, and stepped up sanctions targeting allies of Moscow, including Venezuela and the ex-Soviet republic of Belarus.

The 2018 poisoning of former intelligence officer Sergei Skripal in Britain led to the biggest mutual expulsion of Russian and US diplomats since the Cold War.

Trump “was not the president to break the impasse in Russian-American relations”, said Maria Lipman of the Ponars Eurasia research centre.

The US Congress – where the Democrats have the majority – have also been making life difficult for the Kremlin by imposing sanctions.

In the end, “Trump or Biden – I don’t think there is a favourable prospect for Russia,” said Lipman.

This was echoed by Foreign Minister Sergey Lavrov in an interview with Russian-language TV channel RTVI: “We realise that there will be no major changes in our current relations either with the Democrats or with the Republicans.”

Moscow could benefit from a political crisis in the US, for example in the event of Trump refusing to accept the result, something he has repeatedly evoked.

This scenario was also mentioned by Lavrov.

“We would not like to see such a leading global power, like the United States, fall into a deep crisis if new disturbances are added to the current manifestations of violence and racism,” he said, quoted by TASS news agency.

For Lipman, “post-election chaos” has great appeal for the Kremlin.

“The United States will be focused on its own affairs and not on Russia. And (Moscow) will make use of this”.