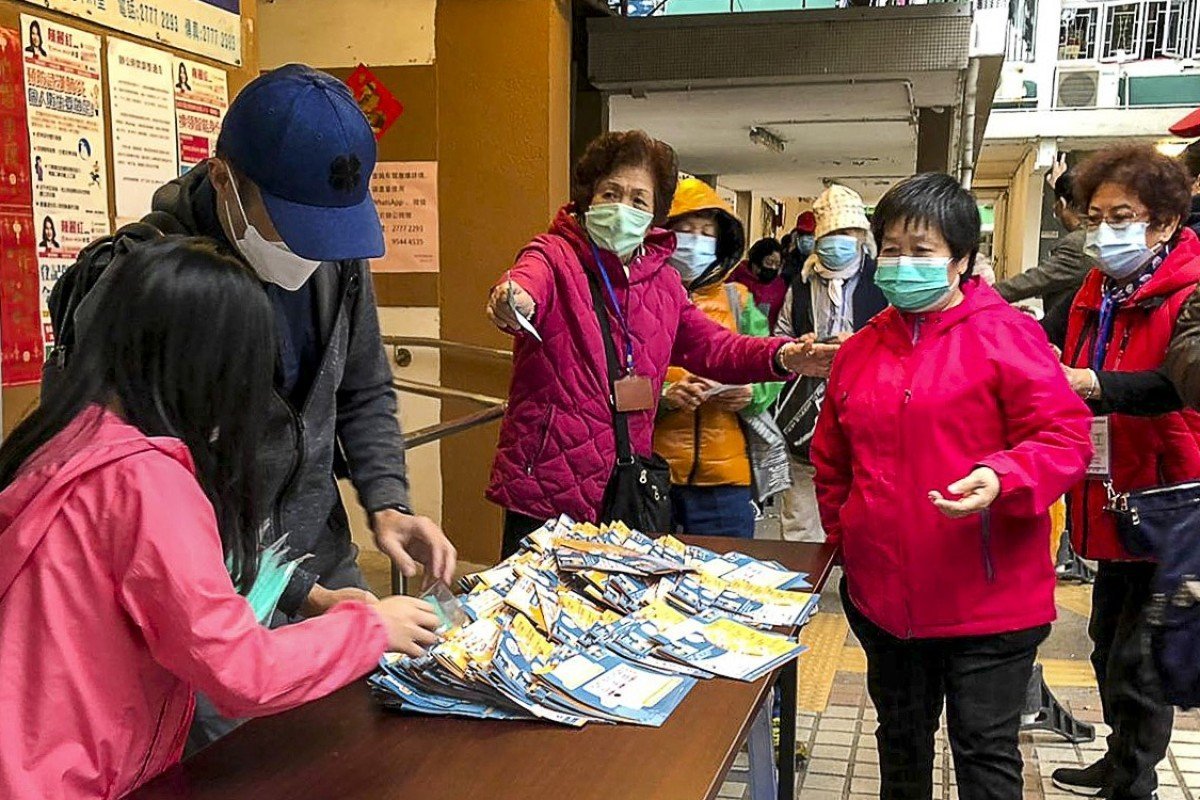 Law said he had driven to work and avoided crowds, and so saw no need to don the face covering. But a leading disease expert says he should be wearing one because of the common areas he has to use at government headquarters

Hong Kong’s labour and welfare minister has been told to join the rest of the coronavirus-hit city in donning a surgical mask, after saying on Sunday he had not done so for 22 days.

Law Chi-kwong said he had driven to work and avoided crowded places, and so had not needed a mask. But he was quickly rebuked by a local authority on infectious diseases.

Writing on his blog, Law said he had been attending meetings every day at government headquarters over the previous 22 days, to discuss the city’s fight against the deadly virus, which causes Covid-19 and had by Sunday infected 57 people locally.

“Most of my colleagues at the Labour and Welfare Bureau have been working from home these days. But they still have to come back for meetings when necessary. For me, apart from attending meetings, most of the time I was in my office alone,” he wrote.

“I haven’t been to any crowded places over the past 22 days. I have been driving to the government headquarters myself and have not used public transport. I haven’t used a single face mask and thus, I was in a way saving the masks for those who needed them.”

Infectious diseases expert Dr Joseph Tsang Kay-yan said in an interview that Law should put his mask on because he still needs go to common areas at the government headquarters, and to use the lifts.

“Of course he doesn’t have to wear a mask when he is driving. I am also sure that he has his own office. But he still needs to take the public lifts. Mainland expert Zhong Nanshan has said that the lifts are high-risk facilities. A lot of people use the lifts,” Tsang said.

“I’d suggest that once [Law] is back at the government headquarters, he has to wear a mask.”

In response to the doctor’s comments, a spokesman for Law said the minister had nothing to add.

Explaining why masks are needed, Tsang said some infected people may not have started showing symptoms and so not even know they are infected.

Earlier this month, she caused a stir when she ordered government officials not to wear surgical masks except in limited circumstances, to save supplies for medical staff on the front lines of the battle against the virus.

She said only government staff who feel unwell, work in frontline services, or attend crowded places should wear masks, referring to advice from the World Health Organisation.

After a backlash from angry civil servants, Lam’s office clarified that the internal guidelines did not apply to civil servants who wore their own surgical masks. She later apologised for the misunderstanding, and stressed she made the order to protect stocks intended for medical workers.

City residents have struggled to buy face masks amid a growing need around the world as the virus continues to spread. Many, including the elderly, have in recent weeks lined up for hours outside shops to buy masks.

Some of those who queued for masks given out by community groups in Sham Shui Po on Sunday were unimpressed by Law’s remarks, chastising the administration for failing to ensure a stable supply.

Retiree Agatha Cheung, in her late 60s, said: “If it weren’t for the government’s slow response, we wouldn’t have to queue now.”

Cheung and her 70-year-old husband put tissue paper inside their masks. “With the tissue paper, I could use one mask for two to three days,” she said.

“The official may be considerate because he can travel via car, but am I supposed to thank him?” said a 72-year-old surnamed Lo, who said she barely had 14 masks for the coming weeks. “But this time the government is not really doing that well. They should have reduced the number of people crossing the border.”