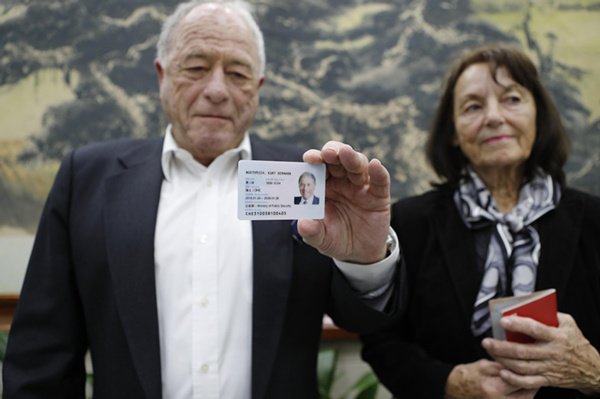 The Ministry of Justice said public opinions and suggestions on a draft regulation on foreigners' permanent residence in China will be fully considered and absorbed before the regulation is officially issued.

The remarks were made by ministry officials at a recent seminar jointly held by the Ministry of Justice and the National Immigration Administration in Beijing to solicit public opinions on the draft regulation, a ministry release said on Saturday.

The draft regulation, which was published online on Feb 27 for public feedbacks, has triggered heated discussions. While many people believe the rules are necessary and timely, some also worry that foreigners may flood into China and take employment opportunities.

Participants to the seminar, consisting of officials, community officers, experts and ordinary residents, believed that it is a common practice for many countries to attract talents, professionals and foreign capital to participate in their national construction, and to promote economic and social development by granting foreigners permanent residence qualifications, according to the release.

They agreed that China needs to formulate such a regulation based on its current system and practices, to further standardize and improve the administration of foreigners' permanent residence, meet the needs of deepening reform and opening up, accelerate the construction of a modern socialist country, and promote exchanges between China and other countries.

However, they noted that the draft regulation has triggered a huge amount of discussion on aspects such as whether the required qualifications and conditions for applicants on the draft are reasonable, whether there will be a large number of foreigners crowding out domestic employment and public welfare resources.

Some said that certain articles of the regulation are not detailed enough, which may result in management loopholes in its implementation, according to the release.

Therefore, participants at the seminar suggested that the draft regulation go through further evaluation and research to make the eligibility, conditions and procedures for applying for a permanent residence more rigorous.

Officials with the Ministry of Justice at the seminar made it clear that the draft regulation is still in the stage of soliciting public opinions, and they would take a scientific, democratic and law-based principle to carefully and thoroughly study relevant public opinions, according to the release.

Officials with National Immigration Administration said that while protecting the legitimate rights and interests of both Chinese and foreign people entering and leaving the country in accordance with the law, immigration authorities will also strengthen the inspection and repatriation of foreigners who enter or stay in the country illegally.