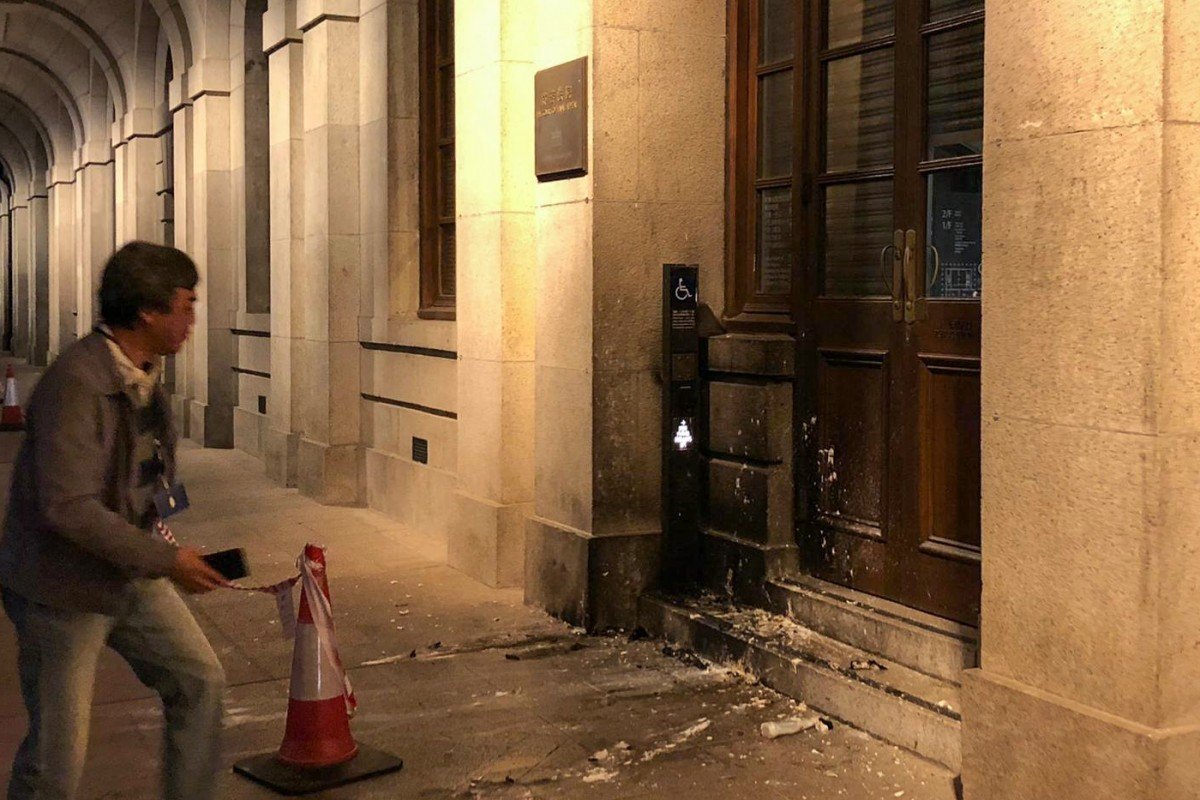 Attacks on court buildings are not justified when the judiciary retains its independence. Before attacking ordinary people, be they from the mainland or Hong Kong, protesters must remember that their fight is against dictatorship, not individuals

In view of the recent attack on the High Court (“Hong Kong protests: petrol bomb attacks on city’s courts condemned as act of ‘criminals, not genuine protesters’”, December 9), it is important for protesters to consider who really is to blame for the crisis. It is surely not the judiciary, which continues to uphold judicial independence, constitutional propriety and procedural fairness, nor is it the cleaner who may well have been killed by a protester, nor is it ordinary people from the mainland in Hong Kong, who are simply looking for a better life.

Those who worry about infiltration should recall the actions of locals in the police force: dictatorships, not people, are the real danger. The Civil Human Rights Front have commendably opposed the attack on the court buildings, but this may not be enough; perhaps another rally akin to the one at Chungking Mansions could be arranged.

I have always supported the protest movement and likely always will. While the police are definitely out of control, even the “valiant” among the protesters are usually open to some dialogue, whether on LIHKG or Telegram. Nevertheless, to excuse the targeting of innocents because of white terror or police brutality is both morally repugnant and a failure of the imagination.

Traditional respect for the police has been undermined by white terror and police brutality. Protesters have flipped the authorities’ categories: upholders of law and order become triad “running dogs” and “cockroaches” become heroes at the front lines. But the most radical act of all would be for protesters to entirely reject these categories.

Civil Human Rights Front activist Figo Chan Ho-wun’s call for Hongkongers to join unions on Sunday was therefore timely: a new strategy is needed. There is more than one way to outfox Beijing.

Why mainland China should understand the protests

I am writing to explain what the protesters seek in Hong Kong’s anti-government movement.

Even though the pro-democracy camp won most of the seats in the district council elections, which could be seen as a victory for protesters, tens of thousands joined a march in Tsim Sha Tsui on December 2.

In the past six months, there have been protests around the world, from South Korea to Chile. In the past, protests and revolutions were about basic issues, such as food shortages. However, today protesters, including those in Hong Kong, seek freedom and democracy.

Modern China also saw one revolution that was about more than basic livelihood – the Xinhai Revolution of 1911. People were angry about their unenlightened government and finally they won something more important than just meeting their basic needs.
Add Comment