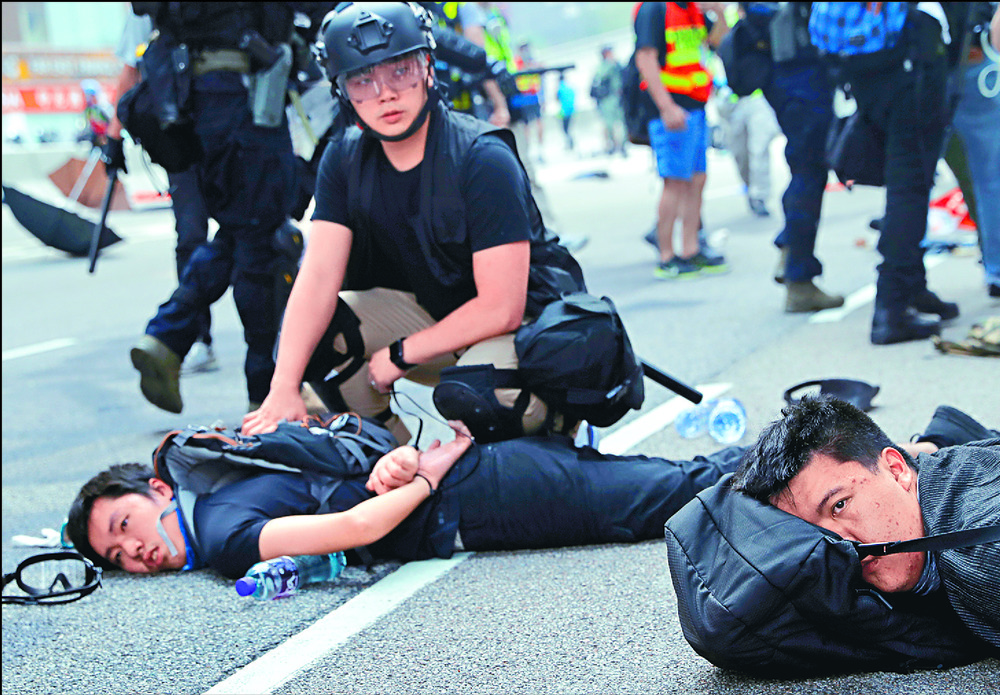 A surveyor who was among 12 people from Hong Kong arrested by mainland coastguards during their attempt to flee to Taiwan was sentenced to 42 months in prison yesterday for rioting and assaulting a police officer in a 2019 protest.
During sentencing, district court judge Cheang Kei-hong hit out at Li Tsz-yin, 31, for hitting a police officer in the head with a brick four times, saying it was a vicious and brutal crime and that it was lucky that the officer was wearing a helmet.

Li had pleaded guilty to rioting in Queensway and assaulting a police officer outside Pacific Place in Admiralty on September 29, 2019.

He was jailed for seven months by the Yantian People's Court in Shenzhen in 2020 for an illegal border crossing that saw him and 11 other people caught while trying to flee to Taiwan from Hong Kong.

He was repatriated to Hong Kong last March after finishing his sentence.

Cheang said items that Li took to the protest showed his level of preparedness: packing tape, rubber pipes, a metal rack and six iron rods could be deployed to block roads; and binoculars that could be used against the officers and to coordinate protesters. Li was dressed all in black to prevent his being identified to sidestep legal consequences, Cheang said.

Although the protest took place on a Saturday, Li, alongside hundreds of other protesters, rioted near offices and commercial buildings where financial businesses were based and hurt the city's security and international reputation.

Also, protesters hurled Molotov cocktails and bricks that affected traffic, threatened the safety of the police officers and people at the scene, and damaged the environment.

Cheang said Li's crimes would not be tolerated and that the court must hand down a deterrent sentence to safeguard front-line officers.

In mitigation, lawyer Siu Suk-yu hoped the court could take reference from the judgment of another defendant of the same event.

She said Li did not have a criminal record, while his family and friends testified to his politeness and respectfulness toward his family, his diligence at work and his love for animals.

However, Cheang, saying such are the qualities that everyone should have, only agreed to a discount on his sentence.
Add Comment