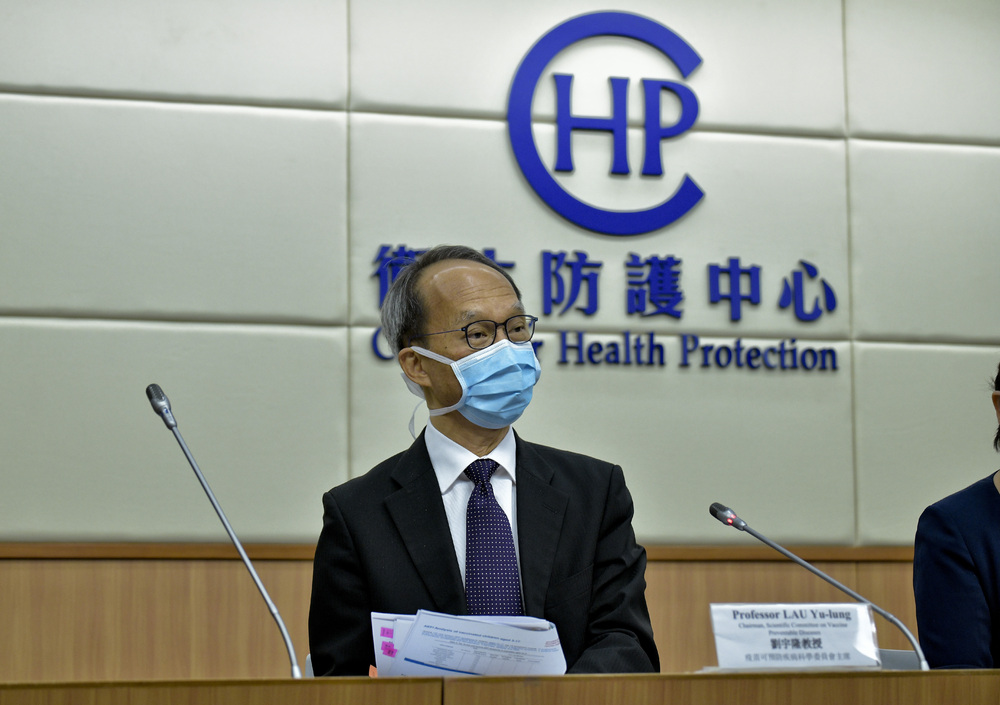 Lau Yu-lung, chairman of the The Scientific Committee on Vaccine Preventable Diseases said on Monday that the protection granted by a fourth dose of the vaccine is extremely limited.
Following the government’s announcement that people aged 18 to 59 who have not been infected are eligible to receive a fourth dose of the Covid-19 vaccine, the government vaccine advisor explained on a radio program that repeated booster doses eventually yield diminishing returns.

A preliminary study conducted by Israel's Sheba Medical Center in January found that a fourth Covid vaccine boosts antibodies to higher levels than the third jab but it is not enough to prevent Omicron infections.

Lau also pointed out that the rate of death after infection for people aged 18 to 59 who have received three doses of the vaccine is close to zero, but he also emphasized that chronically ill patients and those over 60 are recommended to receive the fourth dose to better protect themselves.

According to government data, only 4 percent of Covid deaths in Hong Kong’s fifth wave occurred in those aged below 60 years, while a vaccination coverage exceeding 90 percent in people aged 20 to 60 has already been achieved.

Last week, Ben Cowling, head of the Division of Epidemiology and Biostatistics at the HKU School of Public Health wrote in an article co-authored by Chan Tak-kwong, honorary assistant professor of the Department of Pharmacology and Pharmacy of HKU, that vaccination uptake amongst young adults beyond the level that can be reached voluntarily “will not help achieve zero-Covid”.

A fourth dose vaccination drive should not be a top priority, Lau added, stressing that it is only necessary for a very small group of people.

For those aged 18 to 59, a fourth dose is only required if citizens need to travel to regions that have dropped mask mandates, or if they need to work in high-risk areas such as border control points in the following two months.
#COVID-19  #vaccine  #Covid
Add Comment