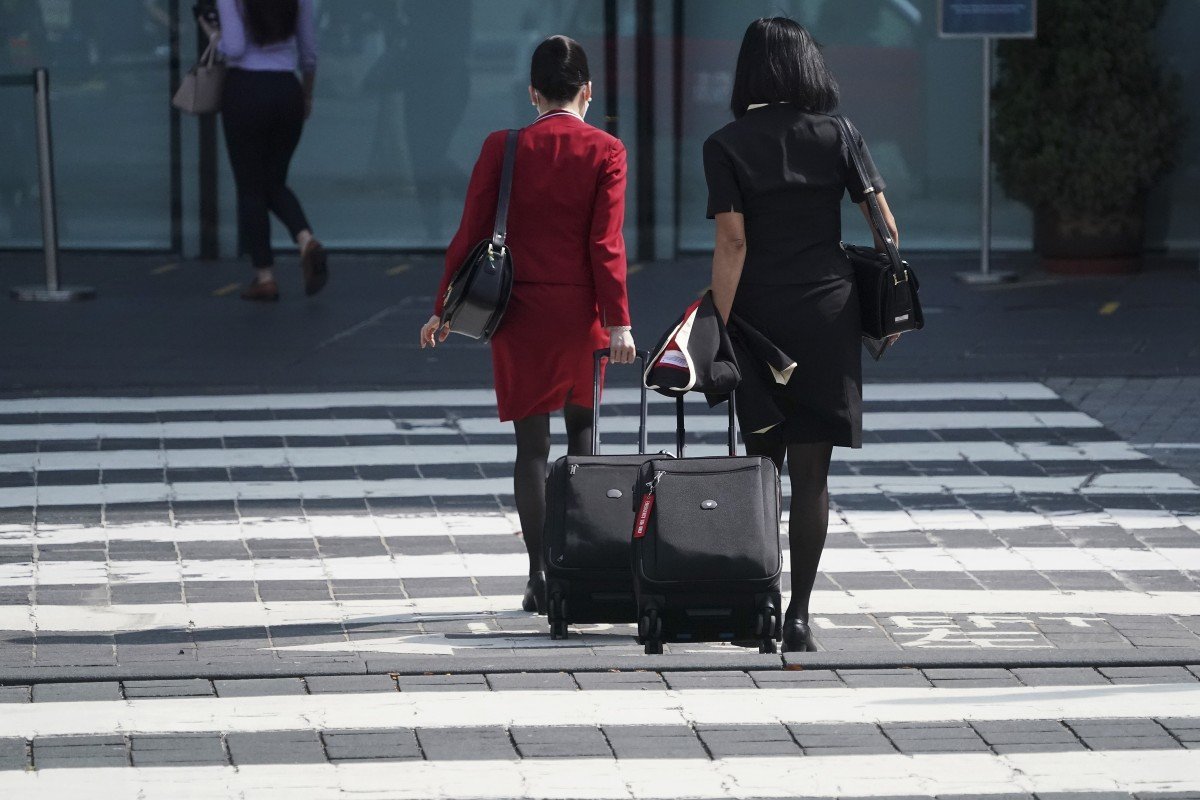 Protected and pampered Cathay has let Hong Kong down

Despite receiving lifelines from the Hong Kong government, the airline’s management chose to ruthlessly sack staff. The contrast between the reaction of laid-off Cathay staff and former employees of a US factory in Shenzhen is telling.

The Cathay Pacific brand once soared high, not only in Hong Kong or Asia but around the world. Its merits were many, including top class cabin crew and ground staff, and ranking among the safest airlines in the world.

Cathay Pacific’s ascent was in part due to the protection of the British government during the colonial period. It had leverage over other Hong Kong and Chinese aviation companies, and thus monopolised the industry for a few decades. Even after the handover, it continued to enjoy a protective umbrella in Hong Kong.

The pampered aviation company received HK$27.3 billion from our government in addition to being allocated HK$680 million under Employment Support Scheme as a coronavirus relief measure. This should have helped it tide over the aviation crisis fuelled by Covid-19 pandemic. Instead, it chose to lay off 8,500 employees of which 5,300 were in Hong Kong.

Cathay’s hackneyed corporate culture and its unwillingness to change are responsible for its dismal failures today. The airline, which Hongkongers were once so proud of, is now in excruciating pain, but can it return to its glory days? First and foremost, it should start thinking in terms of the benefits to Hongkongers and doing away with its archaic managerial mindset.

Many sacked Cathay Pacific staff have been grieving while other employees have been lashing out at the company for insisting they sign new contracts.

I﻿n Shenzhen, the factory of Stanley Black & Decker, a major US tool and household hardware maker, has also shut up shop after 25 years in operation due to soaring production costs, with all its 1,000 workers laid off. However, though staff were taken by surprise, they received generous redundancy packages and were reportedly satisfied with the deal.

What a contrast to Cathay, which has operated in Hong Kong for much longer than 25 years. It would be expected to see its employees as part of a united family, taking their previous contributions into account. The ruthless way Cathay Pacific laid off staff will be a searing memory in every Hongkonger’s mind.

Cathay management should reflect on the damage to the airline’s corporate image that has resulted from its recent decisions.