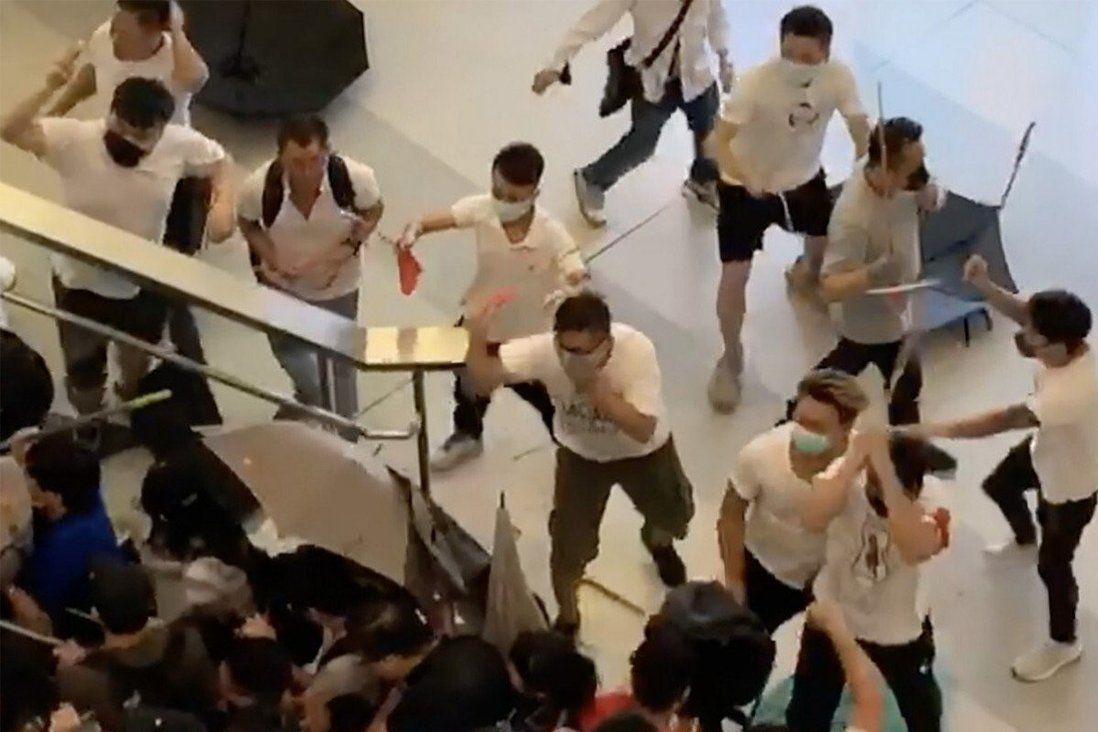 Prosecutors have acknowledged that an attack at a rail station in northern Hong Kong during 2019’s anti-government protests was initiated by a white-clad mob, but they have no evidence that six men on trial were the organisers.

The admission was made after District Judge Eddie Yip Chor-man demanded prosecutors clarify who sparked the assault on commuters and protesters,many of whom were dressed in black, on July 21 that year.

Chau said the men in white had arrived at Yuen Long MTR station armed with rattan canes and wooden sticks, while some in black retaliated by spraying a fire hosepipe and extinguisher found on the premises. 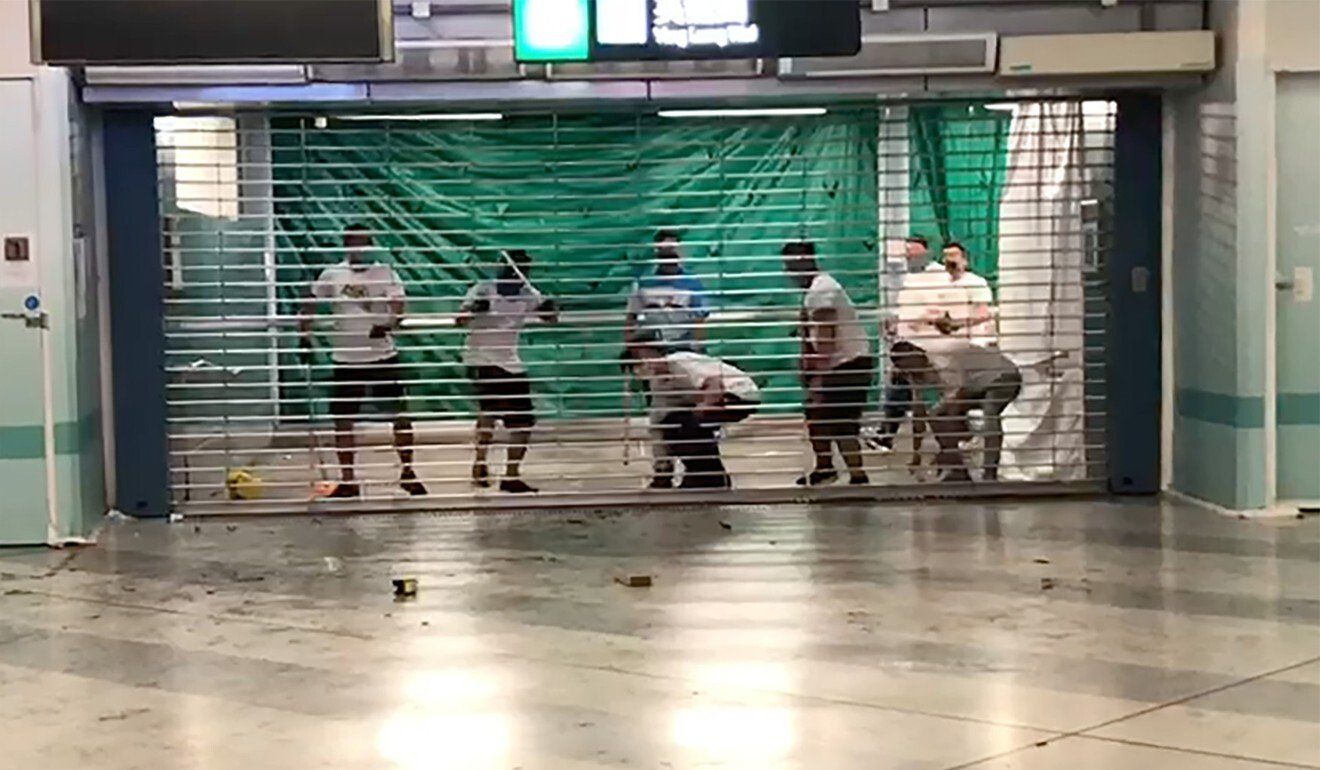 Men wearing white T-shirts attempt to pull up a locked gate at Yuen Long MTR station during the attack.

“Footage shows that whenever the black-shirted tried to exit the gate [leaving the paid area], those in white would chase after them,” he added.

The clashes involved both verbal disputes and physical altercations, with the men in white hitting people with sticks and hurling objects such as rubbish bin covers, traffic cones and umbrellas, the prosecutor said. Both parties also tugged at each other and threw punches, he maintained.

Yip continued to grill prosecutors handling the trial of the six men, who have denied all charges relating to rioting and wounding in relation to three incidents in and around the railway station between 10.40pm and 12.39am the next day.

All except Ng were also charged with one count of wounding with intent, which they denied. Ng and merchant Tang denied a charge of conspiracy to wound. 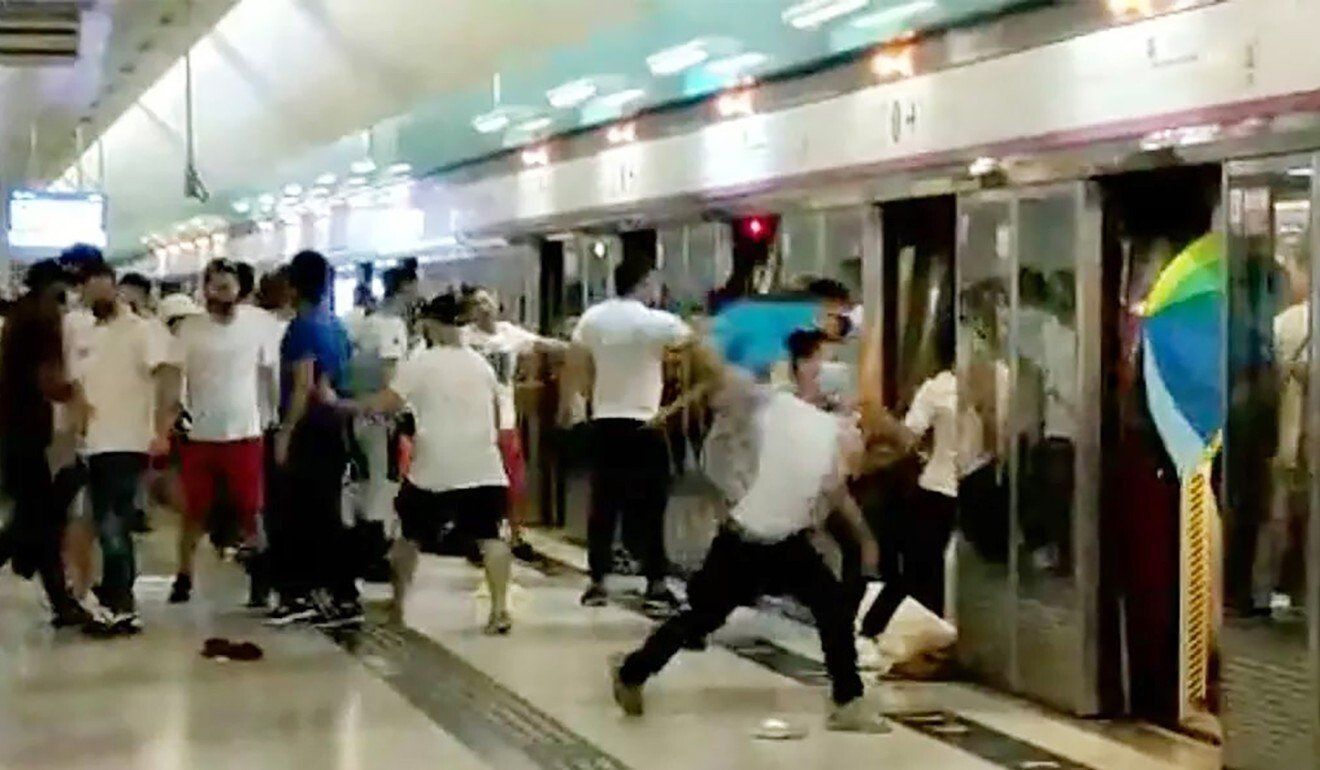 An image captured from a video shows people in white with wooden sticks chasing and assaulting passengers arriving at the Yeung Long Station.

Prosecutors opened their case by citing a screening event held by demonstrators angry over a now-withdrawn extradition bill in Yuen Long on July 16, as a lead-up to the MTR station violence.

The District Court heard the event on Fung Yau Street North drew counterprotesters, and verbal disputes ensued before the crowds dispersed upon the arrival of police.

There were subsequent online calls to assemble in the northern town on July 21 to protest against the disruption of the screening, as well as to “safeguard Yuen Long” and “drive out protesters”.

A police officer was expected to testify about the screening event, but the judge on Wednesday questioned the need to include the events on July 16, and whether the defendants had any role to play in the screening or subsequent planning leading up to July 21.

The prosecutor said: “We have no information in this regard.”

Yip said the court had no time for irrelevant details, given its packed schedule of more than 100 protest-related cases listed for the next four years, with more to follow.

Chau eventually agreed to remove the mention of the July 16 events from his case and said the officer would not be called.

The first witness will testify behind a screen on Thursday.