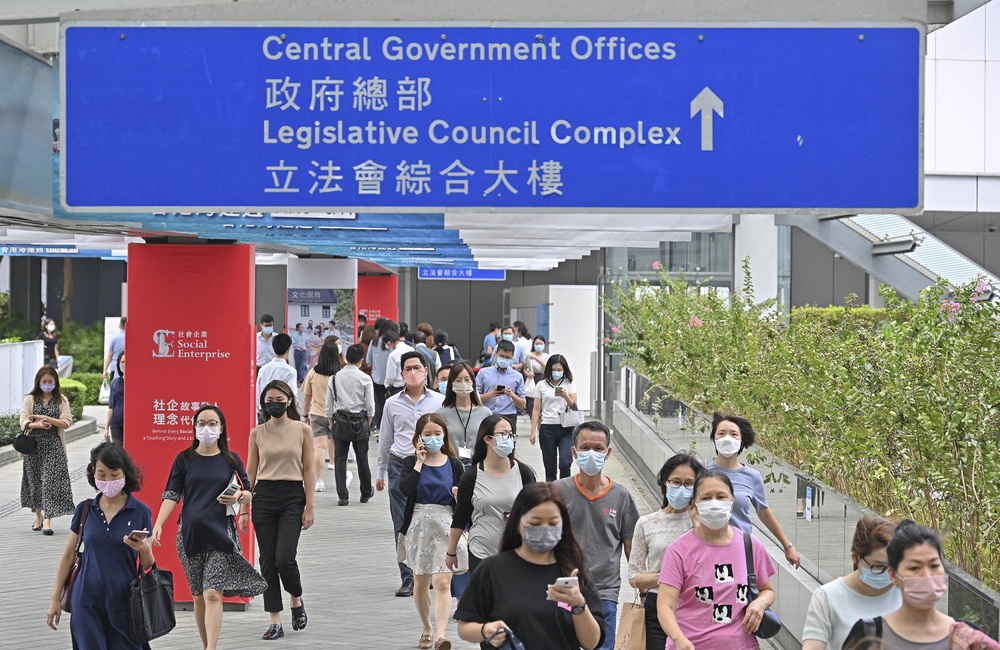 Recommendation for civil servants to get wage increases of up to 7.26 percent did not reflect the current economic climate and may cause a ripple effect across the whole economy, the Hong Kong General Chamber of Commerce said.
The 2022 Pay Trend Survey report, released on Wednesday, has suggested that the salaries of middle and lower-ranking civil servants be raised by 4.55 percent and 2.04 percent respectively. For the upper-ranking civil servants, the recommended pay rise is 7.26 percent.

The chamber said the survey was conducted over a 12-month period starting from 2 April 2021, which was “when Hong Kong had for most of that year successfully controlled the coronavirus and businesses were optimistic about returning to normal”.

“As Hong Kong businesses have had to endure strict restrictions and hardships to contain the fifth wave of the epidemic, many companies have basically not been able to do business and are still struggling to get back on their feet,” the chamber added.

HKGCC pointed out that as the local economy recorded negative growth of 4 percent in the first quarter, “to be discussing such a scale of pay increases at this time is out of touch with reality”.

“Hong Kong has also suffered an outflow of talent, creating manpower shortages in many sectors. Businesses, especially public bodies, NGOs and SMEs, will be under strong pressure and find it hard to match Government salaries to retain staff,” the statement wrote.

The chamber hopes the government considers actual business conditions on the ground, the potential ripple effect to raise local salaries across the board, and the impact this will have on SMEs.

However, the Chairman of the Hong Kong Civil Servants General Union Fung Chuen-chung said in a radio program that, the survey reflected the payment status from April last year to April this year.

He said he understood that the public might consider the performance of one or two officials unsatisfactory, but public perception was only a subjective view, which should not be a factor in consideration of the pay of civil servants.

He said the pay rise would help encourage civil servants, enhance the attractiveness of being civil servants, and promote economic recovery. It would also benefit wage earners in the sector.

Lee Fong-chung, chairman of the Hong Kong Senior Government Officers Association said in the same program that public perception was more subjective and that it was also important to respect the mechanism

As for the larger pay rise for senior civil servants, he believed that it was because immigration and other factors had resulted in a large number of talent loss, and the government needed to increase the wage to retain manpower.
#Coronavirus
Add Comment