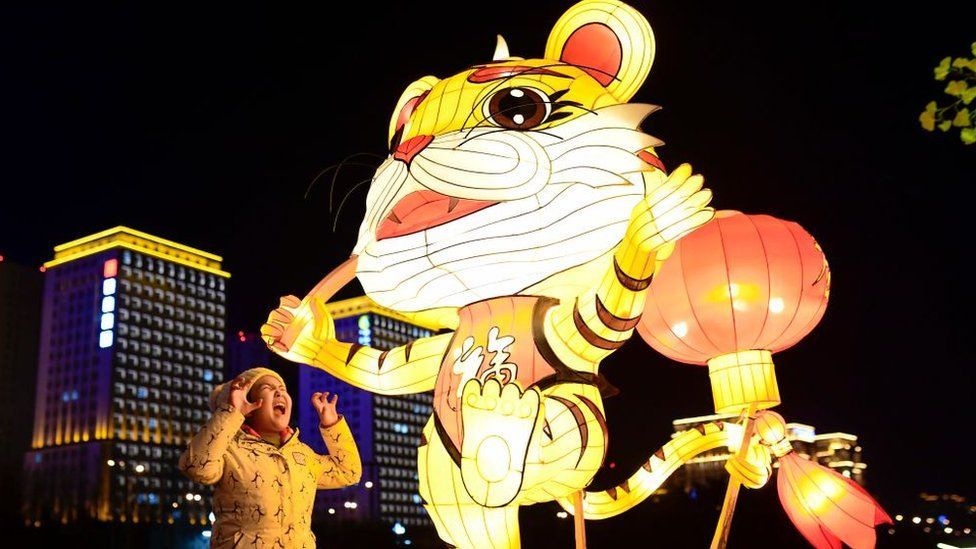 Shares of Chinese property developers have jumped in Hong Kong as China's central bank cut a key mortgage rate for the first time in almost two years.
The decision comes as concerns grow about a slowdown in the world's second largest economy amid Omicron outbreaks.

On Monday, China surprised markets by cutting rates on medium-term loans for the first time since April 2020.

On Thursday, the People's Bank of China (PBOC) cut its five-year loan prime rate, which is the reference rate used for mortgages, from 4.65% to 4.6%.

It was the first such cut since April 2020, at the height of the coronavirus pandemic in China.

The PBOC also cut its benchmark lending rates for corporate and household loans for the second month in a row.

In Hong Kong, the benchmark Hang Seng Index closed 3.4% higher on Thursday.
The share prices of Hong Kong-listed Chinese property developers rose sharply, reversing some of the losses they have seen in recent months.

Sunac China closed 15.2% higher, while Shimao Group and Logan Group both saw their stock prices rise by more than 10%. Crisis-hit Evergrande ended the trading day up by 4.6%.

Investors were also reacting to reports that Chinese regulators may ease restrictions on their access to pre-sale funds.

The PBOC's moves come as Beijing tries to protect the country's economy from amid growing signs that growth is slowing.

On Monday, official figures showed that gross domestic product grew by 4% for the last three months of 2021 from a year earlier.

That was better than most economists had predicted but was a lot slower than the previous quarter.

In another sign of weakness retail sales growth for December fell to 1.7%.

Some economists also highlighted that the growth data, which was the slowest in a year and a half, has yet to take into account the effect of the latest coronavirus outbreaks.
#Coronavirus
Add Comment