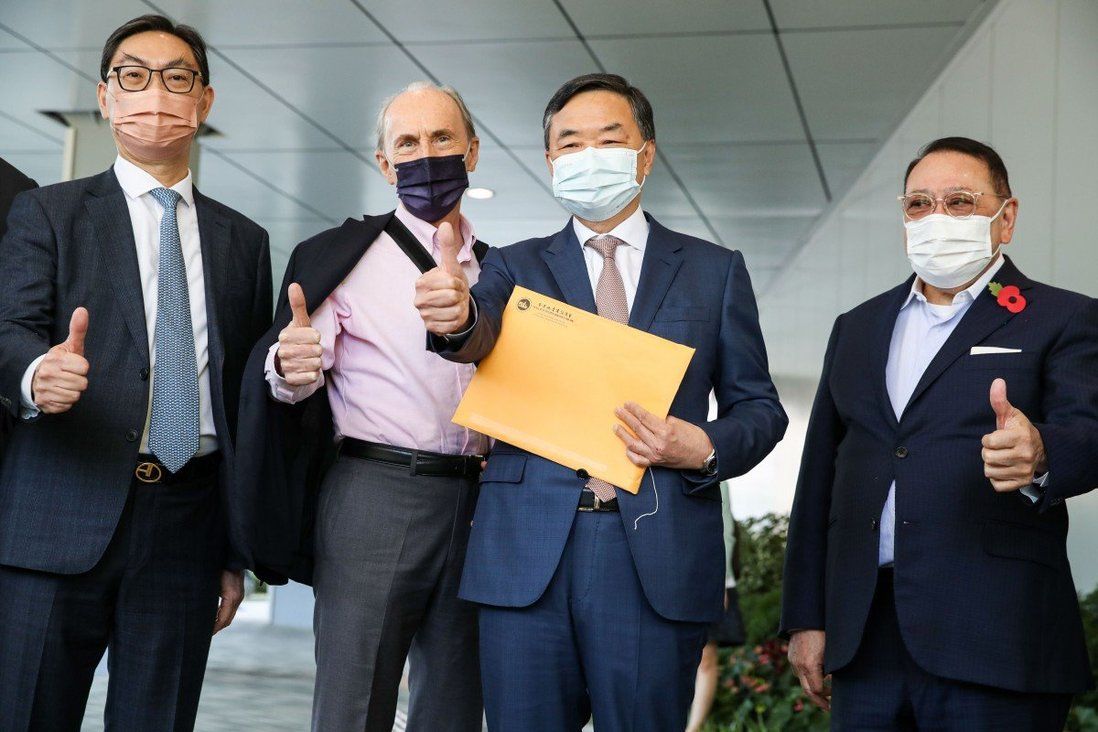 Louis Loong, secretary general of Real Estate Developers Association, admits he is still working on his election platform after only recently getting the nod to run.

The chief administrator of a powerful alliance of Hong Kong’s property developers has thrown his hat into the ring for next month’s Legislative Council election, vying to succeed the city’s longest-serving lawmaker as the representative for the real estate industry.

But Louis Loong Hon-biu, secretary general of the Real Estate Developers Association, admitted he was still finalising the election platform on which he would stand after only recently getting the nod from the alliance to run.

Flanked by five supporters including Abraham Razack, who has represented the real estate industry in the legislature since 2000, Loong said on Wednesday he had obtained more than 20 nominations from his sector.

“You can take it as a full support from the industry,” he told the press before submitting his election papers.

The Post earlier reported that Razack originally hoped to pass the torch to Clarence Leung Wang-ching after dropping his own bid for re-election.

Leung was Razack’s younger colleague in the Business and Professionals Alliance, a pro-Beijing party, and is also the son of Legco president Andrew Leung Kwan-yuen.

But a source said Beijing signalled last week that it was against the idea of a father-son duo serving together in the legislature, a practice avoided at the highest level in mainland China, prompting the change of tack for delivering Razack’s successor.

“Loong has a good working relationship with all major developers. In a dinner held over the weekend, several tycoons welcomed Loong to succeed Razack to represent the sector,” he said.

The source added the pro-establishment bloc would rather “sacrifice” Clarence Leung and retain his father in Legco – in keeping with its preference for having more veterans in the legislature. 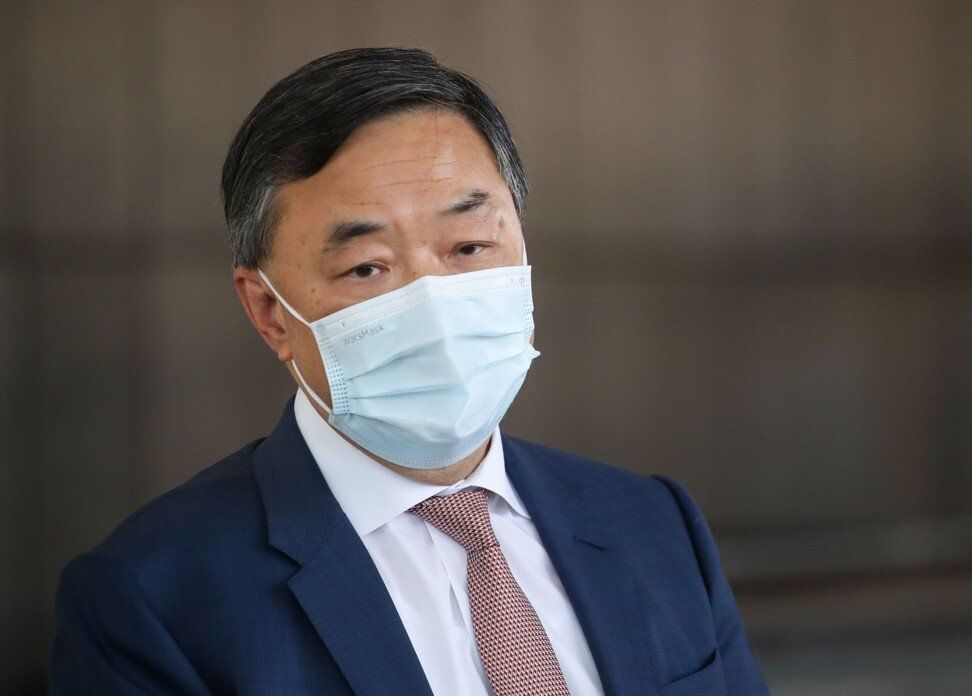 Loong on Wednesday again denied suggestions that local developers were under pressure from Beijing or the Hong Kong government to do more to solve the city’s housing woes.

“I think both the central authorities and the HKSAR [Hong Kong Special Administrative Region] government are fully aware of the role of developers, who have been supportive of the government’s policy in releasing as much land resources as possible to solve Hong Kong’s housing problem,” he said.

Loong would be running head-to-head with Howard Chao, the son of colourful property tycoon Cecil Chao, who also joined the race on Wednesday.

Chao said many Hongkongers held misunderstandings about property developers, whose interests did not necessarily run counter to those of residents.

Chao, who quit the Liberal Party on Wednesday, refused to comment on his opponent.

Eighteen more hopefuls have signed up for the poll, which has been boycotted by the mainstream opposition, bringing the total number to 139, as of Wednesday.

The December 19 election will be the first Legco race since Beijing overhauled the city’s electoral system earlier this year to ensure only “patriots” govern Hong Kong.

The reforms increased the number of seats in the legislature from 70 to 90, while cutting the number of directly elected lawmakers to 20.

Forty seats will be hand-picked by the powerful Election Committee packed with Beijing loyalists. The remaining 30 will be returned through trade-based functional constituencies.

Meanwhile, three more centrist candidates managed to secure the required 10 nominations from the Election Committee on Wednesday to enter the race.

Incumbent lawmaker Michael Tien Puk-sun, of the Roundtable, who over the years has built up a loyal base of supporters in Tsuen Wan, also decided to bid for new territory, seeking election in the New Territories North West constituency.

Mike Rowse, former director general of the government department InvestHK, as well as Maggie Chan Man-ki, a local delegate to the national legislature, have also submitted their nominations to run for the Election Committee constituency.