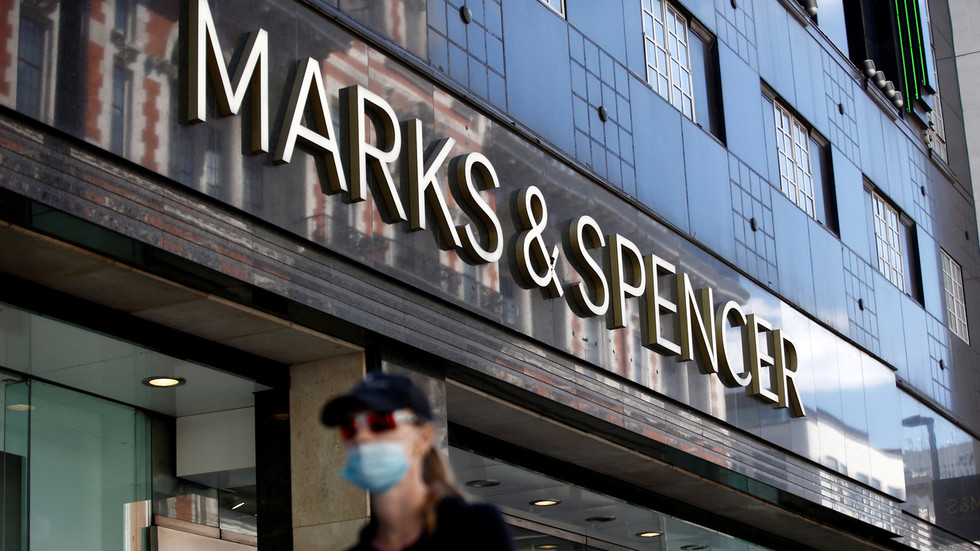 Marks & Spencer, a British high street favourite, has started offering staff the opportunity to wear a badge featuring their preferred pronoun, alongside their first name and the firm’s logo.
While the badges had been launched a few months ago, they have only recently come to the attention of the British media.

“I’m so grateful that Marks & Spencer actively encourages us to share our pronouns at work, whether on our name badges or in our email signatures,” he wrote.

Parke added that the badges had already helped start some “necessary conversations around gender identity and non-binary experiences.”

The badges, which are optional, feature pronouns such as ‘He/Him/His’, ‘She/Her/Hers’, and ‘They/Them/Their’, along with the worker’s first name and the M&S logo.

Sasha Misra, associate director of communications and campaigns at the LGBT rights charity Stonewall, told The Sun that having pronouns on badges was the right way to create an inclusive workplace.

M&S are by no means the first high street store to make the move; Tesco had already made the pledge after an employee suggested rolling out pronoun badges in 2020.

While it may be popular with some employees, news of M&S’ move has provoked somewhat of a backlash on social media. Some people said they would look out for the staff members wearing the badges and make sure they wouldn’t ask them for help. “I can’t be doing with someone’s narcissism when I just need to find where the toilet rolls are,” one person wrote

Others noted that they couldn’t care less what gender, sexuality, colour, or religion any of the staff are, and questioned why anyone would want them to know, especially when they were just popping in for a pint of milk.

Another person said they would be boycotting M&S as a result. “Putting pressure on people to specify pronouns is compelled speech; political indoctrination; & constitutes belief discrimination,” they wrote. Some people did point out, however, that wearing the badge was optional.

One Twitter user questioned how many of these ‘oddballs’ there were in the UK. “Millions? Or about 5?”

While many clearly seemed opposed to the idea, a few people registered their support. “Excellent. Good to see employers being inclusive,” one person wrote.
Add Comment