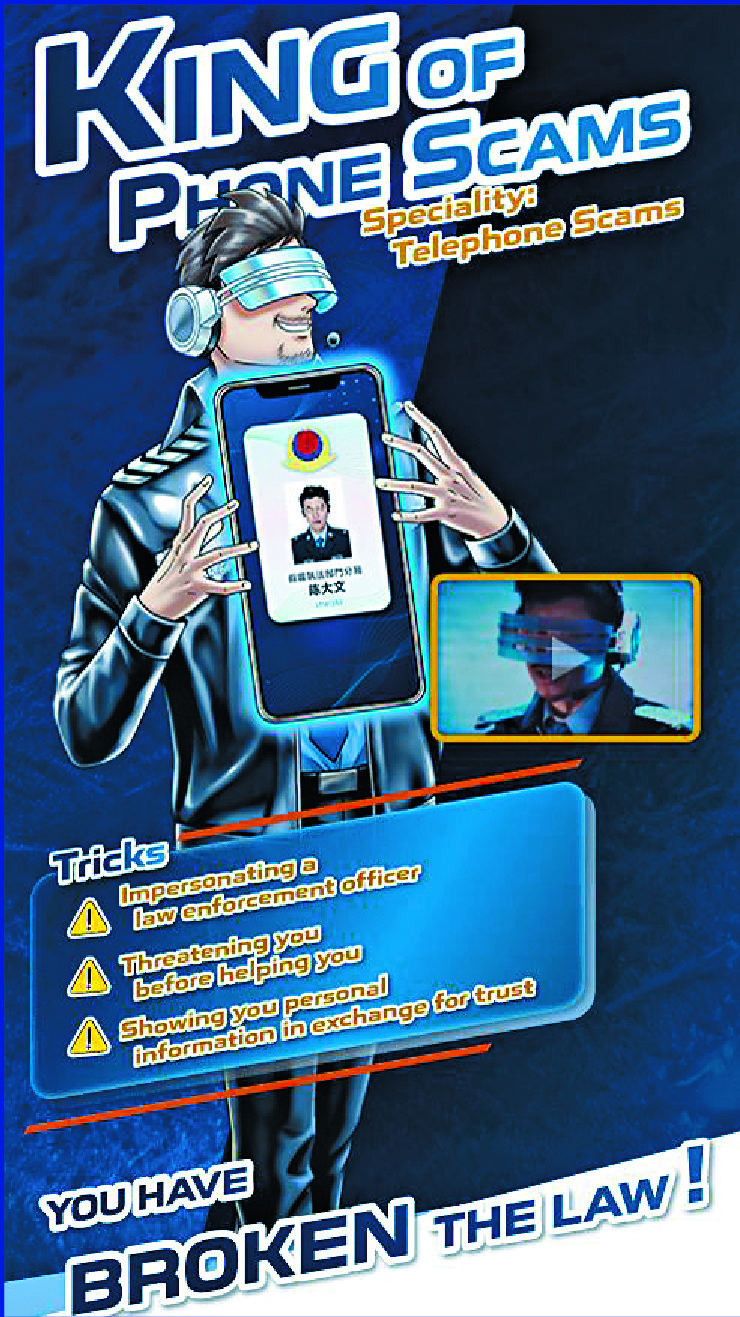 A 62-year-old professor was cheated twice in two months for a total of HK$3.84 million by phone scammers pretending to be mainland police and local health officials.
It is understood that the victim, surnamed Chan, is an engineering professor at Polytechnic University.

Sources said Chan received a call from someone claiming to be a Department of Health official in July, accusing him of violating Guangzhou's anti-Covid measures and saying someone will contact him again later.

The same day, someone claiming to be a mainland policeman said Chan was involved in a money-laundering case across the border. He then told Chan to provide his personal information and address for investigation.

Police said Chan did not realize it was a scam and gave away his personal information.

Later in mid-July, the scammers contacted Chan through WhatsApp, telling him to provide his Bank of China account to prove he was innocent.

Chan then transferred around HK$1.84 million - all his savings - to two local bank accounts within five days from July 25 to July 29.

The scammers called Chan again on August 1, asking him for another HK$2 million in guarantee money.

As Chan had already been cheated out of all his savings, he followed the scammers' instruction to borrow money from the Bank of China and transfer the HK$2 million loan to their account on September 26 and September 27.

Bank staff discovered the unusual transactions and told Chan he was scammed. He then called police.

Police said they received Chan's report on Saturday. After a preliminary investigation, the case has been classified as obtaining property by deception and is being followed by officers in the Sha Tin police district. No arrests have been made so far.

According to the Theft Ordinance, any person who dishonestly obtains property belonging to others by deception can be jailed for up to 10 years.

Police earlier said an 18-year-old mainland student in Hong Kong was being investigated after claiming to fall victim to a romance scam.

She told police she was tricked into shooting a video pretending she was being tortured and then she was forced to ask her parents for a 5 million yuan (HK$5.5 million) ransom.

But the student was later seen in security footage roaming around freely in a mall. The student was arrested on Saturday for allegedly wasting police manpower but was later released unconditionally.

In 2016, a 43-year-old mainland professor surnamed Zhong, who was teaching at City University, was cheated out of HK$780,000 by scammers claiming to be mainland police.
#Covid
Add Comment