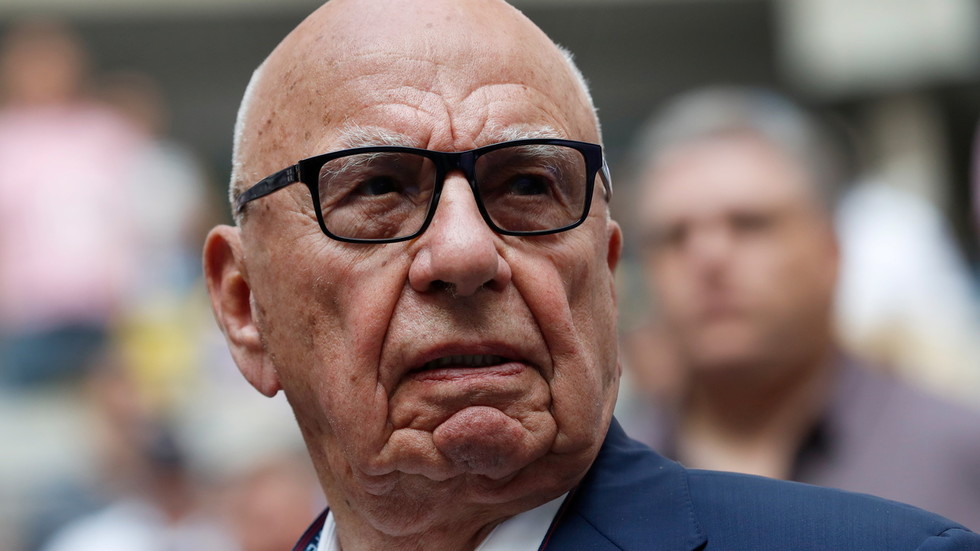 A high-profile probe into the unsolved 1987 axe murder of a British private detective could reportedly link Rupert Murdoch’s media empire to “criminality” involved in the killing and expose a “culture of corruption” at the Met.
On March 10, 1987, Daniel Morgan, 37, was discovered with an axe lodged in his head in a south-east London pub car park. Over three decades later, it remains the most investigated case in British history after five corruption-mired inquiries and an inquest failed to bring the killers to justice.

Ahead of the release of its much-delayed report on Tuesday, a government-appointed panel that has been investigating the killing since 2013 apparently sent letters of warning to a number of individuals whose actions it criticises, according to The Guardian.

The publication reported that one such letter reveals that the inquiry might find the now-defunct News of the World paper as being “linked to the criminality associated with the murder.”

The panel is said to have investigated claims that at least two suspects in the crime had worked extensively for the tabloid, owned by Murdoch at the time.

Even after one suspect, Johnathan Rees, had been identified as such, the tabloid continued to employ his services, paying out upwards of £150,000 ($211,550) a year.

Rees and the other suspect were acquitted after the trial collapsed in 2011, and even won damages for the manner in which the police pursued the case. That year, Murdoch was forced to shutter the tabloid after its phone-hacking scandal.

Rees and Morgan had jointly run a private detective agency called Southern Investigations, which was regularly given work by the tabloid. Two of the paper’s executives had even set up a business registered at the agency’s address, according to The Guardian report.

In addition, the investigation has also apparently examined the scandal-hit tabloid’s surveillance of the lead police detective investigating Morgan’s murder. But The Guardian also noted doubts about whether such “details... of alleged criminality” would be included in the final 1,200-page report.

Murdoch’s News UK – the parent company representing his media interests – responded that it was not in receipt of any warning letter from the panel. The company said it had cooperated with the inquiry and denied attempting to hold up the release of its report.

“We have cooperated with and assisted the panel during their investigation. No communication has been received from the panel as part of their advance notice of criticism process,” News UK told the Guardian. “The suggestion that there has been any attempt by News UK to influence or delay the report’s publication is entirely without foundation and false.”

However, a solicitor for Alastair Morgan, the victim’s brother, refuted this and said the company’s “failure to cooperate speaks volumes in itself.”

Meanwhile, Alastair Morgan has said he would be “disappointed if the report did not come to the conclusion there was institutional corruption in Daniel’s case.” His family claims that Daniel Morgan had been working to expose police corruption at the time of his murder.

One of the panel’s focus areas was whether police corruption might have protected the killers. In its report, The Guardian noted that the probe examined “the incidence of connections between private investigators, police officers and journalists at the News of the World and other parts of the media and alleged corruption involved in the linkages between them.”

Citing an unnamed source “briefed on parts of the report,” the Daily Mail noted that it will “expose a culture of corruption and cover-up” at Scotland Yard with Commissioner Cressida Dick expected to be “personally criticised” by the panel for “alleged obstruction.”

According to The Guardian, more than 20 past and retired Met officers could face criticism after the inquiry, which has cost an estimated £20 million ($28.2 million), reveals its findings.
Add Comment