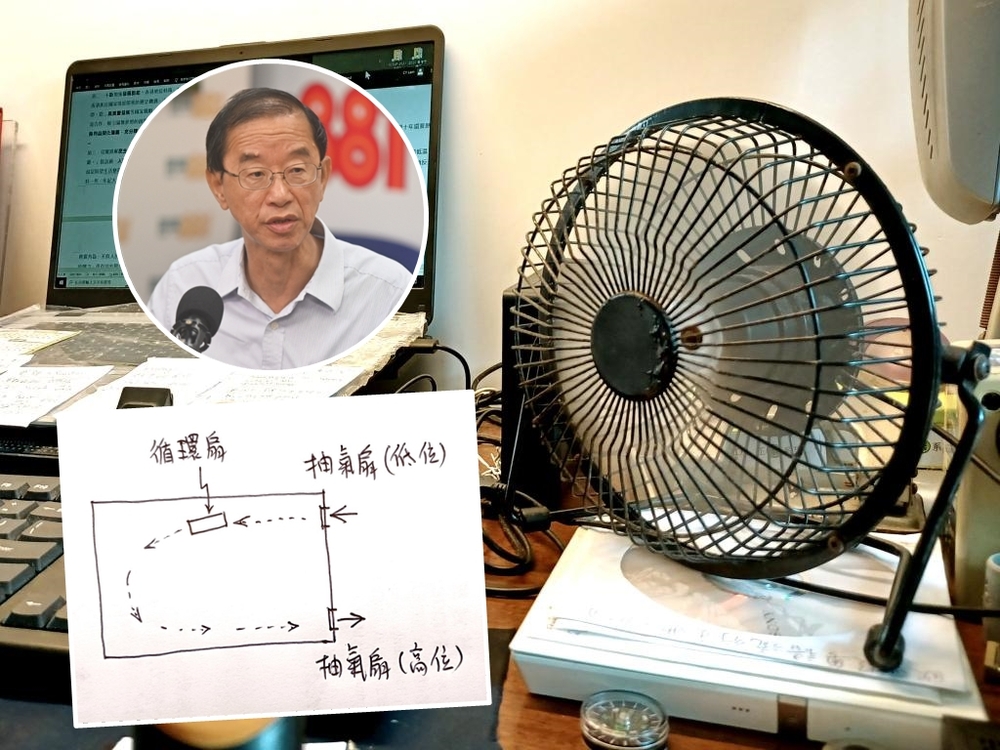 The expert said the idea is to create a crosswind, which essentially gets the hot air out and the cool air in.

He suggested people to place one fan facing inwards near the window to draw cooler air from a low level, and use a ventilator to circulate the cool air around the room.

A second fan is required at a second window at a higher level and far from the first window, with the fan facing outwards to push the rising hot air out.

Lam noted that the fans are generally cheap and could be purchased at the Apliu Street Market - which specialized in cheap and preloved electronics - for less than HK$100 each.

He previously told a radio program that people should use fans instead of air-conditioners, even during the heatwave, as sweat is not dirty.

He said on Sunday that people are unaware that using air-cons only causes a vicious cycle that further worsens climate change and brings even hotter weather.

Meanwhile, Sze Lai-shan of the Society for Community Organization, said on the same radio program that some tenants at subdivided flats have recorded temperatures of up to 43 degrees Celsius, and were having a hard time falling asleep in summer.

She noted that some of them have even chosen to sleep in the park at night to cool down.

“Many of the tenants at subdivided flats said their homes were too hot…some residents even told us that the temperature at home was 6 degrees hotter than the maximum temperature recorded by the Observatory,” Sze explained.

She also said some tenants worried that their electricity bills would be too expensive from using the air conditioners, whereas some low-income families would set an alarm in the middle of the night to turn them off.
#Facebook
Add Comment