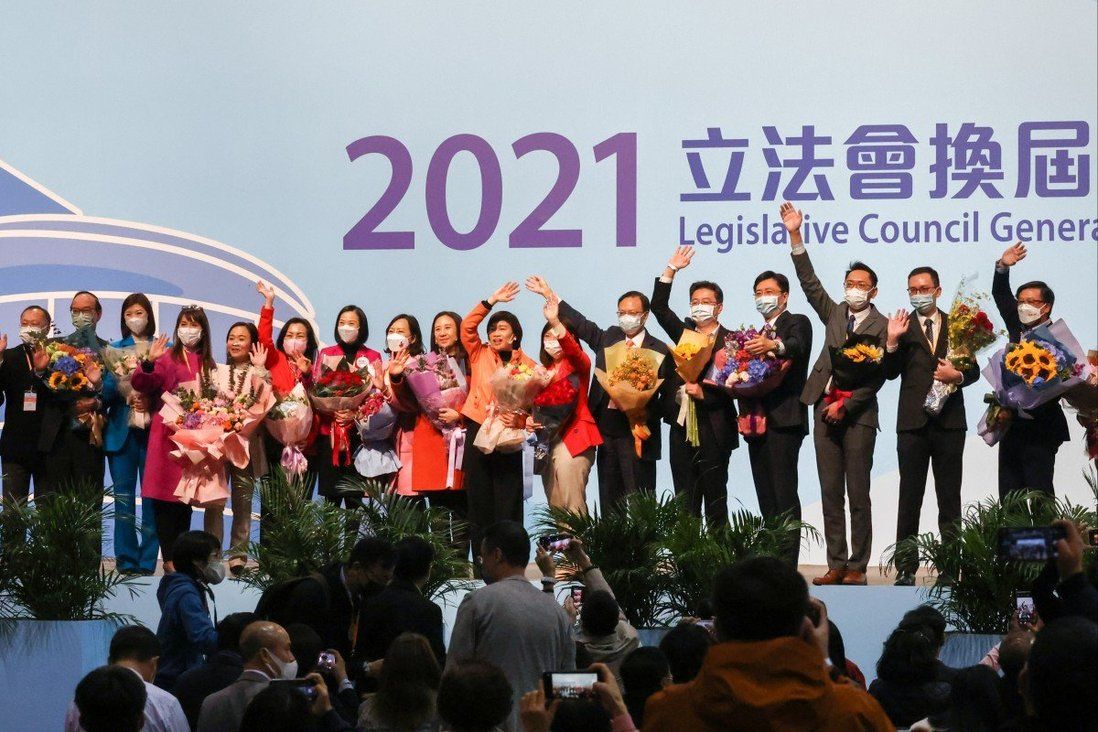 Traditional Beijing-friendly parties make big gains in Sunday’s race to consolidate their influence in the legislature while some high-profile hopefuls lose out.

Hong Kong’s already dominant pro-establishment camp swept all but one seat in the first Legislative Council election after Beijing’s “patriots-only” overhaul of the political system amid a record low turnout of only 30.2 per cent.

While traditional Beijing-friendly parties made big gains in Sunday’s race to consolidate their influence in the legislature, the election also produced a new and rising force comprising politicians and businessmen with mainland Chinese links.

As the final results trickled in early on Monday, Beijing released a white paper defending the new electoral model as a strategy for developing “democracy with Hong Kong characteristics” – a gesture which the city’s leader hailed as providing “a strong rebuttal” ahead of attacks by foreign powers over Sunday’s poll. 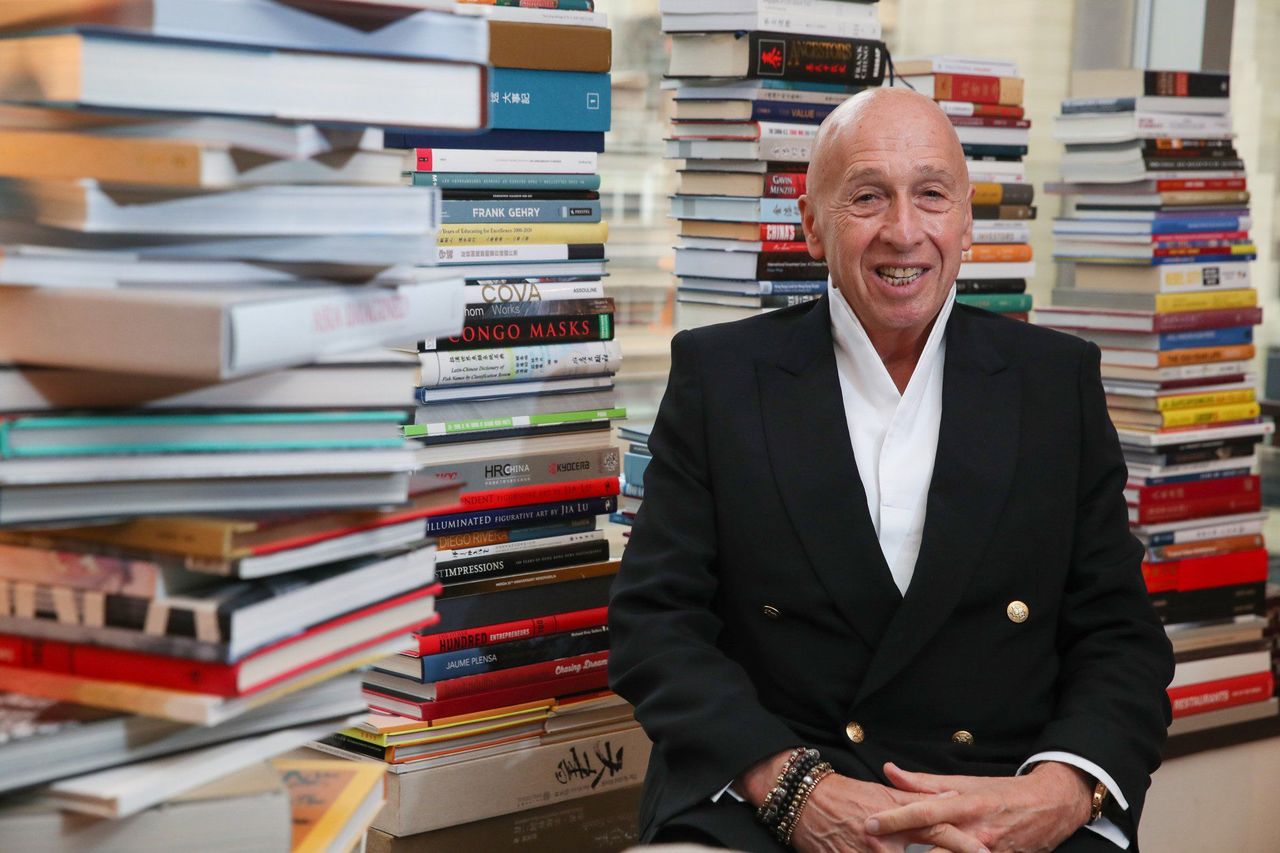 Businessman Allan Zeman failed to win a seat in the Election Committee constituency.

That criticism came in later in the day via a joint statement by the foreign ministers of the Five Eyes countries – the United States, Britain, Australia, Canada and New Zealand – expressing their “grave concern” over the erosion of democratic elements in Hong Kong. They said the electoral changes had eliminated the opposition and reversed the trend of growing political diversity.

There was no immediate comment from the Hong Kong or central governments.

On Sunday, after voting ended, a long night of counting at the Convention and Exhibition Centre began with early stunning defeats in the first set of results for the newly created Election Committee constituency, whose 40 seats are hand-picked by its 1,448-members.

Most of these high-profile candidates had been cited as evidence of diversity in the “patriots-only” line-up by Xia Baolong, director of the State Council’s Hong Kong and Macau Affairs Office, as he pointed to their distinctive backgrounds, such as hailing from different professions and being of varying ages and birthplaces.

All nine former lawmakers of different pro-establishment parties, meanwhile, who decided to make a bid for the Election Committee constituency instead of sticking with their previous geographical or functional constituencies all sailed through without difficulty. Party recognition played a part in their victory, candidates later admitted.

Rowse confessed to feeling dejected. “My impression is that the central government was genuinely pleased with the diversity of candidates. It may share my disappointment that none were successful,” he said.

Under the Beijing-decreed shake-up to ensure only “patriots” hold political power, the number of directly elected lawmakers returned in the geographical constituencies was slashed from 35 to 20. The legislature has been expanded from 70 to 90 seats, with the lion’s share of 40 seats going to the Election Committee constituency and the remaining 30 to the functional constituencies. All hopefuls were pre-vetted by officials determining their “patriotism”.

With the mainstream opposition parties snubbing the poll which they argued was designed to stifle dissent, the pro-establishment bloc had for the first time taken a clean sweep of all directly elected seats that used to be their opponents’ strongholds.

A Post analysis found the pro-establishment bloc bagged more than 1.26 million votes – or 93.5 per cent of the total ballots cast – in the geographical constituencies, receiving some 392,000 votes more than the previous election in 2016.

The so-called centrist or moderate candidates managed to secure only 6.5 per cent of votes, or 87,540 ballots, garnering 1.1 million fewer votes than five years ago. Effectively, they failed to win over a big enough chunk of the opposition base of supporters, many of whom snubbed the election.

Despite claims of facing a tight race and issuing emergency appeals for votes on election day, many pro-establishment candidates romped home with big margins. The Democratic Alliance for the Betterment and Progress of Hong Kong (DAB), the largest Beijing-friendly party in town, emerged as the biggest winner by securing a seat in each of the 10 geographical constituencies.

All 11 non-establishment contenders vying for a directly elected seat, on the other hand, lost, with the wide margins underscoring their failure to mobilise supporters of the traditional pro-democracy camp to back them.

Tik Chi-yuen, of the middle-of-the-road party Third Side, became the only non-establishment survivor after beating his rivals in the social welfare functional constituency.

He said he was surprised supporters of the pan-democratic camp had refused to vote this time, but vowed to keep his chin up despite the prospect of facing 89 opponents in the legislature alone.

“The pan-democratic bloc has always been the minority in Legco and they have never won when it comes to voting [on bills],” the 63-year-old said. “But I am sure I can still exert my influence and get the government to listen to me.” 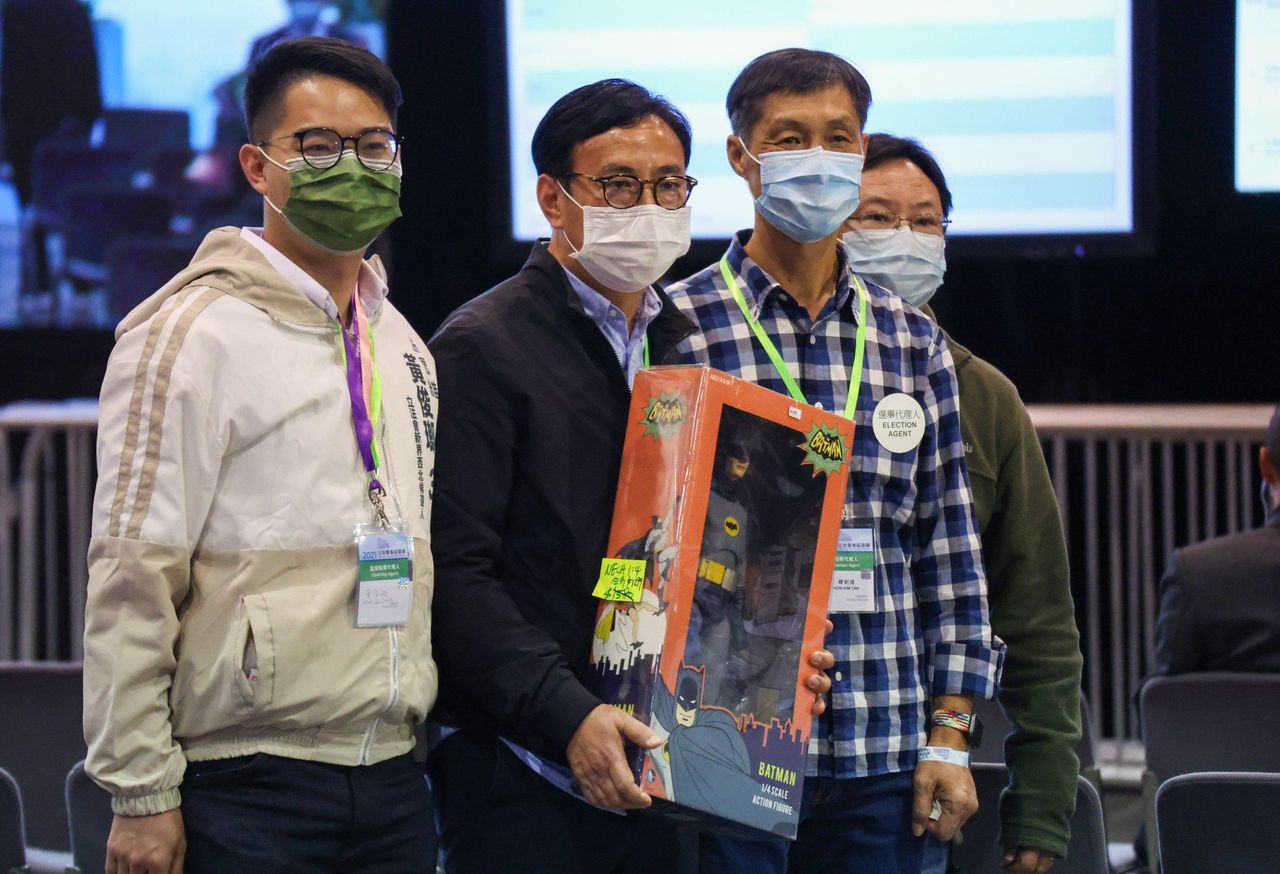 Tik Chi-yuen (second from left) of the middle-of-the-road party Third Side won the seat for the social welfare functional constituency.

Other newcomers to the legislature would be a bloc analysts said could potentially upstage the traditional loyalists, with their links to mainland companies and technocratic backgrounds.

Another nine winners – three from the functional constituencies and six from the Election Committee constituency – also have close links to the mainland or state-owned enterprises.

Yim said his priority would be calling on the government to open its border with the mainland as soon as possible.

On the agenda ahead for the new Legco, the DAB’s Gary Chan Hak-kan, who was reelected, hoped Chief Executive Carrie Lam Cheng Yuet-ngor could complete Article 23 legislation on national security before her term ended in July. Chan, 45, said he would be happy to cooperate on this front to enable the city to deliver on its constitutional duty. 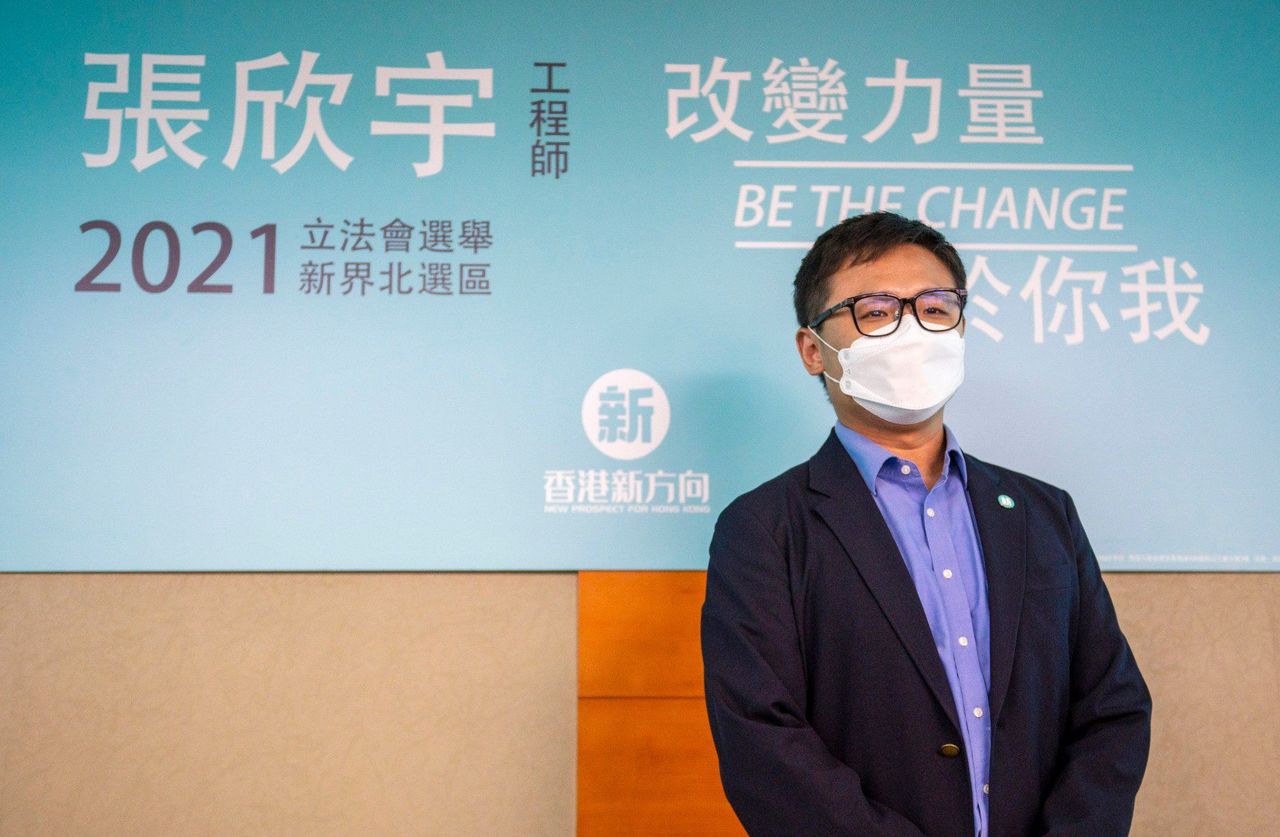 Only 1.35 million voters – or 30.2 per cent of the total electorate – cast ballots in the geographical constituencies on Sunday, the lowest since the city’s return to Chinese rule in 1997. The figure was far below the record high of 58.3 per cent in the last Legco election in 2016, as well as 71.2 per cent in the 2019 district council poll, which was held at the height of the anti-government protests that year.

While pro-Beijing media played up the almost-full turnout of 98.5 per cent in the Election Committee constituency as incontrovertible evidence of Hongkongers’ support for the electoral model, Chinese foreign ministry spokesman Zhao Lijian on Monday attributed the lower turnout to the Covid-19 pandemic and disruption brought by “anti-China forces”.

Asked about the seeming lack of diversity in the new Legco given the failure of high-profile names to win, the city’s leader said there was no doubt the 153 candidates represented a wide range of people, but after all it was up to the voters – not the government – to decide who to pick.

“What we’d like to see is people from different backgrounds, but it is not for me to impose my own expectations or requirements on the voters. I think each and every voter has exercised their free will in selecting the candidates,” Lam said.

Tam Yiu-chung, the city’s sole delegate to the apex body of the national legislature, also called on members of the public not to overread any cynicism in the turnout figure, suggesting voter enthusiasm usually would not be “too high” amid a calm social atmosphere.

But political scientist Ivan Choy Chi-keung of Chinese University feared the new line-up in Legco would “overly cooperate” with the government, giving it unfettered power rather than being a check against administrative excesses.