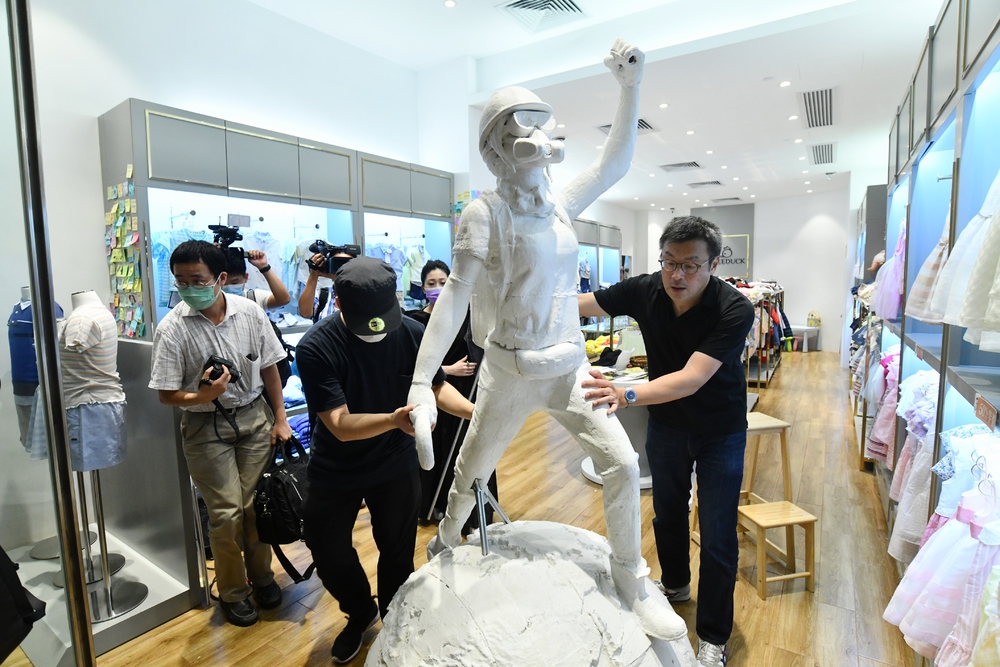 A Hong Kong clothing company that supported democracy with colorful, tongue-in-cheek cartoon designs announced Thursday it will shutter its shops next year citing "unprecedented harassment" from officials and political opponents.
Cute cartoon animals have been at the heart of Chickeeduck since its founding in 1990, and as democracy protests convulsed the city in recent years it embraced designs that subtly backed the movement.

"In the past 18 months Chickeeduck has been suffering unprecedented harassment by unidentifiable malicious forces," owner Herbert Chow wrote in a statement announcing the company would quit the Hong Kong market by the second half of 2022.

"Instead of wasting time, energy and resources to fight against the unidentified malicious forces, which have caused personal risks against the company's staff, artists and local collaboration brands, we would rather take one step back and exit."

Chickeeduck said in the statement that many mainland manufacturers that it has had long-term partnerships with have been pressured to stop producing products for the firm since the company voiced its opinion in 2019.

Many local outlets were not able to renew their leases and were demanded to end the contract early, it stated. The company also said its staffers were being stalked and smeared, and they have received “hundreds of malicious calls” each month.

It added that it has attracted complaints, leading to investigations by various government departments.

They include cushions with yellow birds holding umbrellas alongside "I love HK" speech bubbles, and canvas bags featuring five ducklings swimming on one side and a flag-bearing chicken on the other.

But for those who know Hong Kong's recent tumultuous politics, the popular designs were a clear nod to the city's democracy movement, which is now being swept away by China's crackdown on dissent.

Chow made no secret of his messaging.

The tote bag, for example, was a reference to the popular protest slogan "Five demands, not one less".

Other items feature unmistakable cartoon likenesses of pro-democracy protesters showing the yellow hard hats and gas masks they wore while facing off against the police.

Products aside, the brand has attracted controversy for the statues it put up inside stores.

Its branch at D Park in Tsuen Wan was also instructed to remove a two-meter tall pro-democracy "Lady Liberty" statue affiliated with the city’s 2019 anti-fugitive bill protests last year, due to inconsistency with a tenancy agreement. The shop was later ordered to leave the mall after its lease expired.

Chow has also posted a photo of him dressed in a black T-shirt with the slogan "Hong Kong, keep it up", as he encouraged runners joining the Standard Chartered Marathon to wear similar attire.
Add Comment