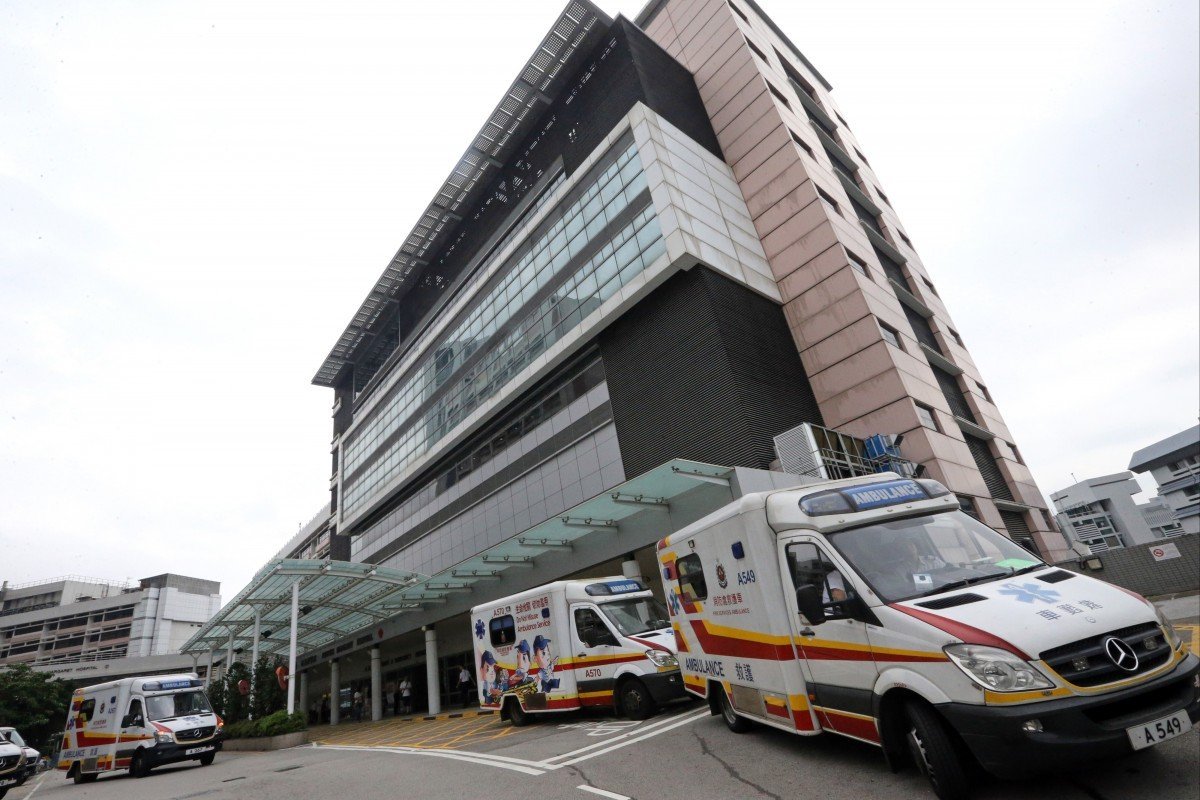 Officials say contagion risk is low because he stayed only 30 minutes on the Princess Margaret ward, where masks were worn. The man in his 40s had previously tested negative for Covid-19 after returning to Hong Kong in March

A pilot previously given the all-clear for Covid-19 was confirmed as infected on Friday after a visit to a Hong Kong hospital for unrelated surgery a day earlier brought him into contact with 18 people.

The man in his 40s, who pushes the city’s infected total to 1,052, was sent for testing while at Princess Margaret Hospital in Kwai Chung, sparking fears his case could trigger an outbreak there.

But health officials said the risk of contagion was low because the French pilot had only spent 30 minutes on the ordinary ward on Thursday, where eight others were being treated.

Those patients, and the 10 medical staff involved in his care, were not defined as close contacts because they were wearing masks, the officials added.

The private-jet pilot, whose girlfriend had the virus, returned to Hong Kong at the end of March and self-isolated for three weeks, with his profession among the groups not required to undergo compulsory quarantine.

His infection only came to light on Friday because a finger injury had sent him to Princess Margaret Hospital’s orthopaedic ward.

The pilot had initially returned to Hong Kong from London on March 15, spending time with his girlfriend over two days before heading to France on March 16, where he had a fever for a couple of days. His symptoms subsided and he did not consult a doctor. He landed back in Hong Kong on March 31.

The girlfriend started showing symptoms on March 24 and was a confirmed case by the end of the month.

As a close contact of his girlfriend, he was tested in mid-April for Covid-19, but the result was negative. An antibody test taken on May 9 returned positive, proving he had the virus at some point.

The man’s case was categorised as imported due to his symptoms developing in France in March.

Dr Chuang Shuk-kwan of the Centre for Health Protection said: “We think the patient’s onset date was in mid-March, so he would not be likely infectious during the test we provided him in mid-April.”

She said the pilot had not flown since his return to Hong Kong on March 31, adding the authorities were confirming the details with him and his clients, while tracing possible close contacts.

On the threat of local contagion from his case, Chuang said: “He was careful and wore masks when he was out. Although we cannot exclude the possibility of further transmission, we think the risk is low.”

The patient in his 40s was tested for Covid-19 before his surgery, and when the result came back positive he was taken to one side of the ward away from other patients, and later transferred to an isolation ward in the hospital’s infectious disease centre for further testing.

On Tuesday, a grandmother was the first of three members of a family in Tsuen Wan to be confirmed with the virus, ending a run of 23 days without a local infection in Hong Kong.

Chuang said the government had responded to the family cluster in Lei Muk Shue Estate by distributing about 1,900 sample containers to residents, who had so far returned 180 for testing. She said the results all of the 27 samples returned earlier were negative.

Chuang said they had also identified 57 customers of the third to be infected in that cluster, a 62-year-old grandfather who worked at a makeshift stall on Market Street in Tsuen Wan. Taking a test was voluntary for them, she said, but expected up to 40 of them to do so.