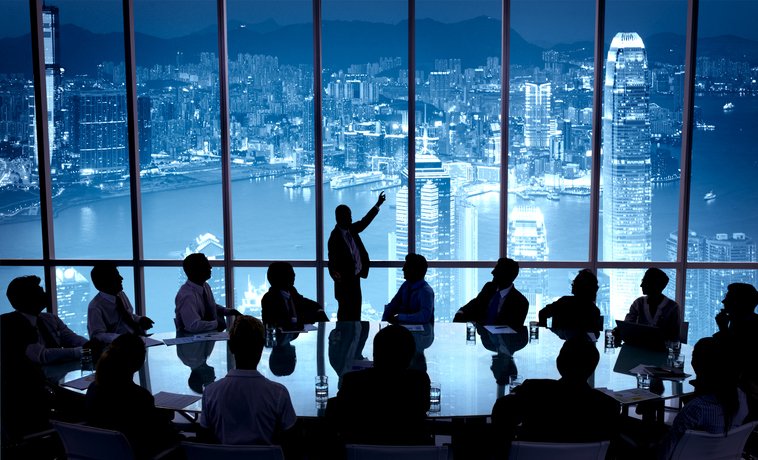 Hundreds of investors, fund managers and developers have gathered for the last 13 years in Hong Kong for an annual private equity and realty conference. In March, they will trade business cards and investing tips at the Grand Hyatt in Singapore instead.

The PERE Asia Week is another in a growing list of Hong Kong gatherings from conferences to sports meets, concerts and fireworks displays that have been moved or called off as months of street clashes between the city’s police and pro-democracy protesters deter travel. Eight events with more than 400 overseas participants each have been scrapped for the July 2019 through August 2020 period, said a Hong Kong Tourism Board spokeswoman. A website tracking cancellations lists more than 30 events.

The drop-off in visitors has been crippling for Hong Kong’s retail and hospitality sectors, prompting tourism officials to roll out incentives to lure back travelers and promise a campaign that reminds the world of the city’s draws. For now though, concerns about safety and persistent disruptions are making rival hub Singapore a convenient fallback not just for conferences, but also for families, professionals and even cash looking to escape the unrest.

“We were mainly concerned with delegates and speakers being reluctant to book travel to Hong Kong to attend our event,” said conference producer Florian Nuessel of PEI Media, the event company behind PERE Asia Week. “The safety of our delegates is of utmost importance to us.”

The number of overnight visitors attending meetings, incentives, conferences and exhibitions, or MICE events, in Hong Kong dropped 16% year-on-year from June through September, said the Hong Kong Tourism Board spokeswoman.

An airline conference co-hosted by Cathay Pacific Air Ltd., the Formula E-Prix race weekend, the HKFC 10s rugby tournament, an international tattoo convention and a Pride parade have been among events hit. The Global Wellness Summit was moved to Singapore in October, the month in which PERE Asia’s organizers also decided to shift cities.

The Singapore Tourism Board says some business events have come to the city-state, though it didn’t give any figures. “We will provide assistance and solutions to our partners who may find themselves in a difficult position arising from Hong Kong’s situation,” said Edward Koh, the executive director for conventions, meetings and incentive travel.

Unsurprisingly then, Singapore’s tourism industry is in an upswing.

Visitor arrivals reached a new quarterly high of about 5 million in the three months to Sept. 30, government data show. The city-state’s hotels recorded a 91.2% average occupancy rate over the same period, also a record dating back to 2008.

A spokesman for Singapore’s Resorts World Sentosa, a casino resort that hosts international events, said it had a “packed calendar” last year and continues to receive “a steady stream of inquiries and interests” for its convention spaces. It didn’t comment specifically on events moving from the neighboring financial hub.

Still, Hong Kong Tourism Board Chairman Pang Yiu-kai said he’s hoping for some respite during the Chinese New Year holidays as January has seen a measure of calm with the most severe bouts of protest violence not being repeated.

The Chinese New Year parade is scheduled to go ahead, as is Art Basel and the Hong Kong Sevens, an annual sporting event, he said in a Bloomberg TV interview. A major re-branding campaign to draw tourists back will, however, have to wait till things calm down, he said.

“A rebranding is not going to be to say that Hong Kong is safe again,” Pang said. “When it is safe, people will realize that the protests have died down and Hong Kong is a safe city. What we are going to be putting forward is the attractions of coming to Hong Kong.”