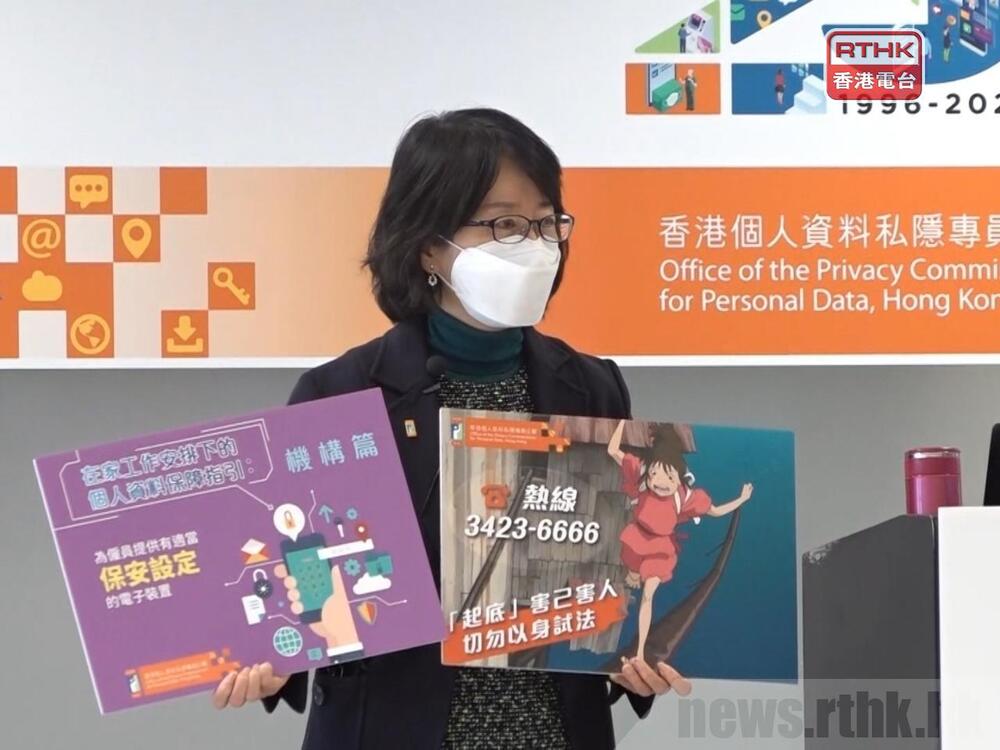 Privacy Commissioner Ada Chung on Friday warned that entire websites could be blocked if the hosts refuse to take down any doxxing content, RTHK reports.
However, she insisted this would be a last resort and such a move would be "rare" under the anti-doxxing law to be tabled to Legco for scrutiny next week.

Under the planned legislation, people could be punished for disclosing others' personal data without consent so long as they had the "intent" to cause "specified harm," such as harassment, bodily or psychological damage.

The punishment will be more severe if actual harm was caused.

The law will also give the commissioner the power to order companies, regardless of where in the world they are based, to remove doxxing content, and failure to comply could be met with a HK$50,000 fine and up to two years in prison.

Speaking on an RTHK program, the head of the privacy watchdog said she believes that after the legislation is passed, more online platforms will comply to take down illegal content, noting that around 70 percent have been cooperative with her office to date.

But she said local staff of these platforms won't be held responsible if they have nothing to do with the operation of the sites.

"We will only ask the [platforms] to remove the doxxing content... If they refuse to cooperate, we will consider removing the entire website," Chung said. "This is the last step if other approaches don't work."

But data scientist Wong Ho-wa expressed concern about the free flow of information, saying "personal data" isn't clearly defined in the legislation and it could take weeks for companies to review whether flagged content is indeed illegal.

He also said that since the commissioner will be empowered to access any company's electronic devices without a warrant in urgent circumstances, he's worried that the industry will try to avoid this by simply removing anything they are told to.
Add Comment